Today, there has been a lot of chatter on social media about the potential for the remnants of Harvey to move offshore into the Gulf of Mexico by around Monday, whereupon it might strengthen into a hurricane again and make a second landfall over Houston. This is obviously a scary scenario, but frankly it’s not one we’re losing too much sleep about here. The main threat for Houston remains heavy rains and inland flooding. But let’s discuss this anyway, because we’ve had a lot of questions regarding it.

For readers who been with us a few days, you’ll recall that we’ve been discussing the “Euro special” scenario since Thursday. The idea is that a drifting Harvey would wander southeast this weekend, and move back over the Gulf of Mexico. That seems increasingly likely to occur, although it’s far from locked in. Even with the European model, which has most consistently held to this solution, only about two-thirds of the ensemble members have the storm offshore on Tuesday. 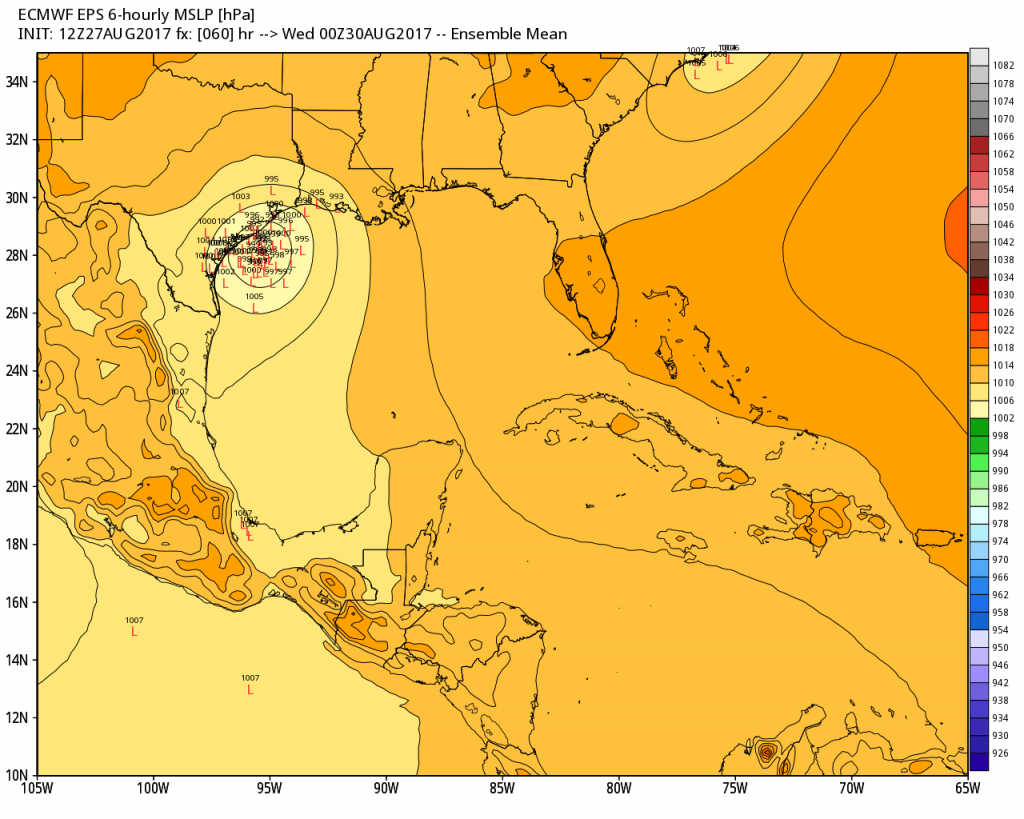 While the center may move offshore for a day or two, the fact remains that Harvey no longer has an inner core, and what remains of it will deteriorate further while it is over land Sunday and at least part of Monday. This, along with its proximity to land, should limit intensification. In the official National Hurricane Center forecast released Sunday afternoon, hurricane scientists predicted that it may attain 45 mph winds offshore, but was not likely to strengthen further.

“All of the global models show some slight deepening of the system after it moves over water, but given the lack of an inner core, significant strengthening is not anticipated,” forecaster Daniel Brown wrote. “Although a tropical storm watch has been issued, which may need to be extended eastward along the upper Texas and southwest Louisiana coast tonight, heavy rainfall and life-threatening flooding continue to the primary threats.” 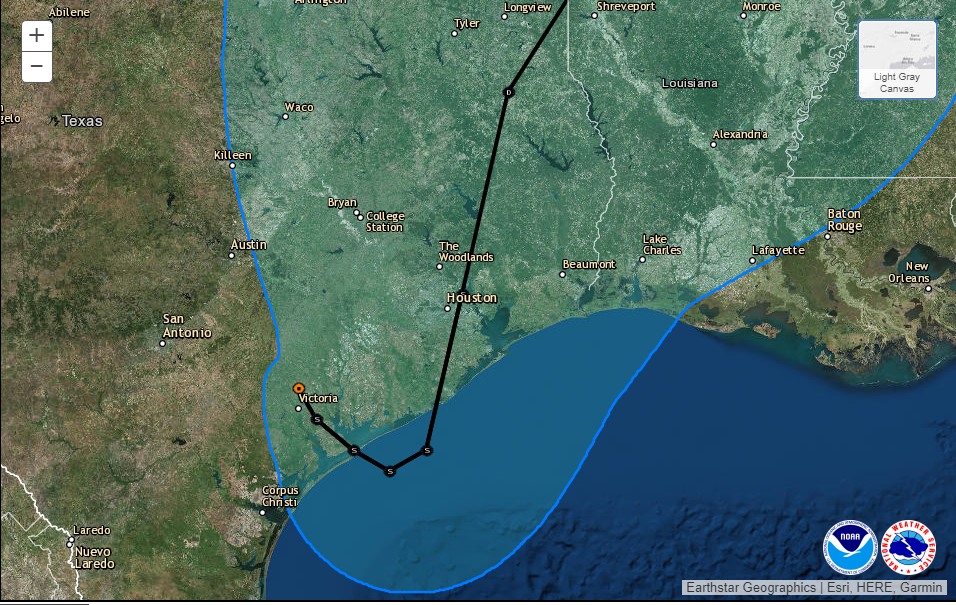 Now there is some probability that by briefly moving offshore, Harvey could slightly increase (by bringing southerly winds to the coast) the storm surge that has been limiting the ability of Houston’s bayous to drain. And we may see a period of minimal tropical storm force winds by next Tuesday or Wednesday. But to say a hurricane is going to make a second landfall in Houston (a sexy, clicky thing to say if one’s goal is to capture widespread attention on social media), and all the fear that entails, strikes us as unjustified at this time. If our thinking on that changes, we will of course let you know immediately.

By far the biggest threat remains additional rainfall from Harvey, and forecasters expect and additional 15 to 25 inches of rainfall during the next three or four days. If this falls over areas of Houston already hard hit by Harvey, well, we don’t need to tell you how bad that will be.

We’ll be back later this evening to keep you updated on the forecast.

Posted at 5:35pm CT on Sunday by Eric