A dense fog advisory is in effect for Houston this morning, and will persist through 9am or 10am. Visibility will be as low as one-quarter mile for some areas, and less than a mile across much of Houston. Please take care during your morning commute today, and expect delays in marine operations.

After the fog burns away this morning, temperatures will be warmer today for most of Houston, as the next cold front pushing toward the region is doing so only slowly. That should allow high temperatures today to reach about 80 degrees under partly sunny skies later today. The front should finally move into Houston and through the region this afternoon, and reach the coast by around the evening. Rain chances with the front are near zero. 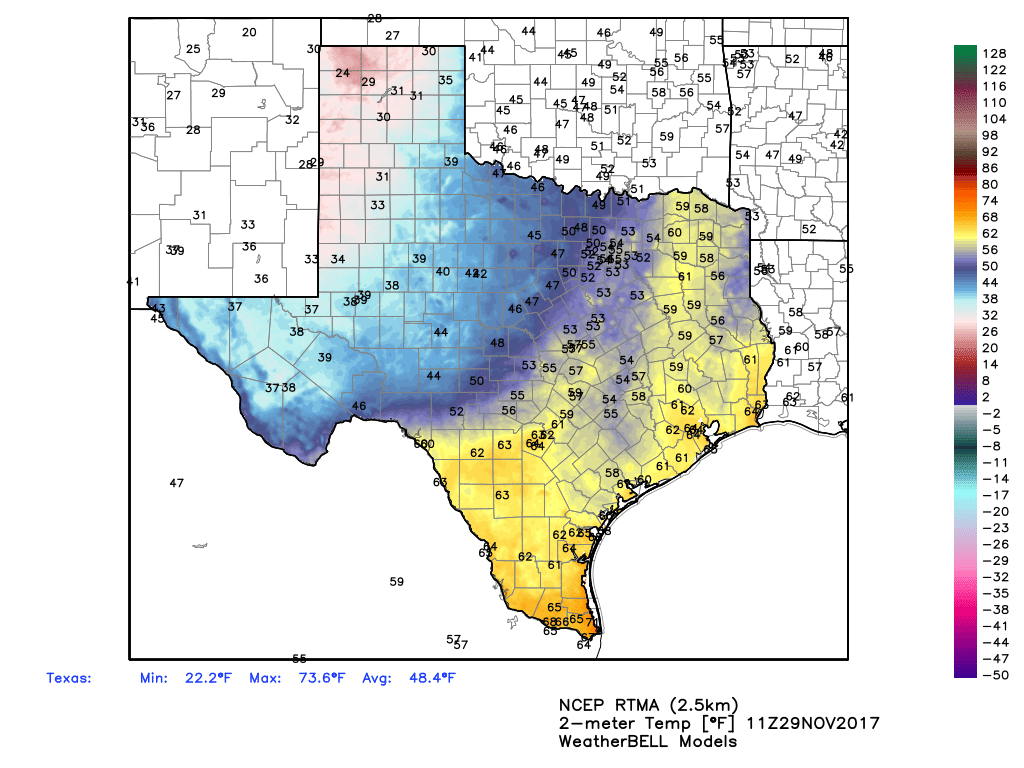 As of about sunrise, a cold front has yet to reach most of eastern and southern Texas. (Weather Bell)

We’re going to see a run of three days of absolutely gorgeous weather, with high temperatures in the 70s and lows generally in the low- to mid-50s, and dry air. Skies should be mostly sunny. Our only concern is that, at this point, we could really use a bit of rain as the region has dried out quite a bit since Harvey. (More on that Thursday).

The onshore flow should resume some time on Sunday, and this will lead to slightly warmer weather to start next week. Highs on Monday and Tuesday may reach about 80 degrees, and increased moisture levels could allow for some rain showers to develop. We might be looking at between about one quarter and one inch of rainfall during this time frame ahead of the next front, but as always with Gulf coast rainfall, there’s a fair bit of uncertainty.

As we discussed Tuesday, forecast models are locked in on a pattern change by Tuesday or Wednesday of next week, which should bring much colder weather to Texas, and much of the eastern United States at least through the first half of December. 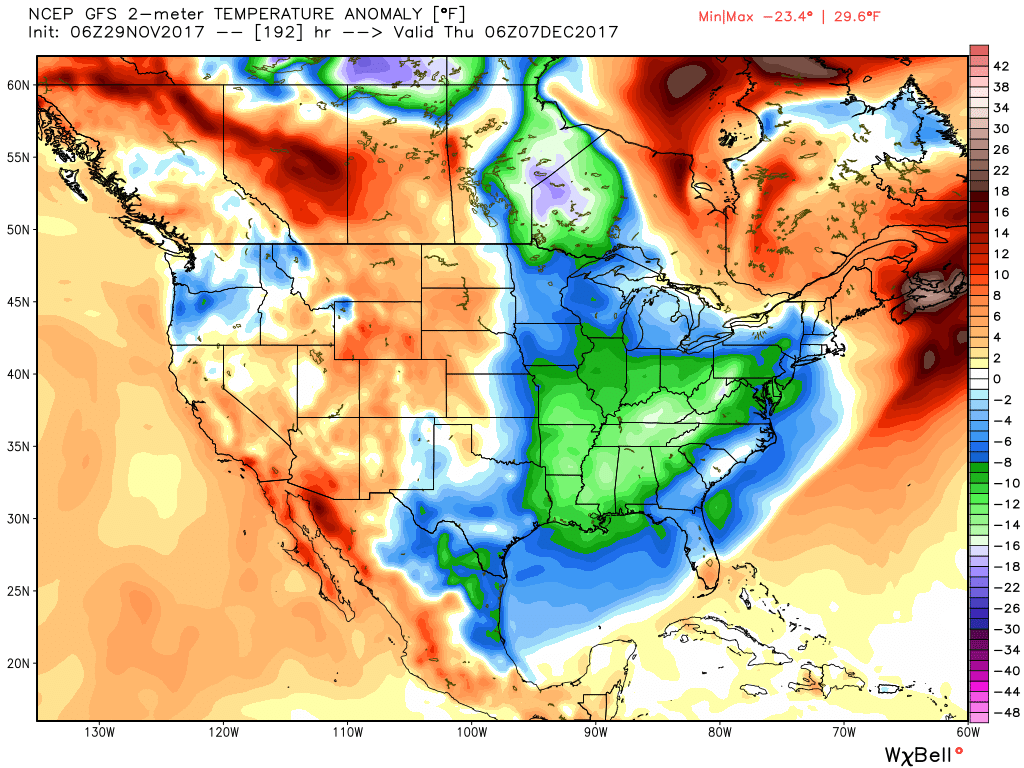 For Houston, the most likely outcome is a string of days with highs in the 50s and 60s, and overnight lows generally in the 40s. This would be cool even for “winter” in Houston, where the normal highs in January bottom out in the low 60s.

5 thoughts on “After a foggy Wednesday, more perfect weather to end the week in Houston”