Most readers probably realize by now that the 50th anniversary of the Apollo 11 landing on the Moon is coming up soon—Neil Armstrong and Buzz Aldrin took one giant leap for mankind on July 20, 1969. This is an achievement that all of Houston can celebrate, as this city played an instrumental role in putting the first human beings on the surface of another world. I’m thrilled that many of our readers played a part, big or small, in that achievement. So to honor Apollo, and NASA’s success, we’re changing our logo this month to include the original Apollo Program patch instead of a cloud and a star.

Matt and I are just really proud to be a part of the Houston community, and its deep connections to the space industry. We’re so appreciative of this, in fact, that we incorporated “Space City” into our name. But this month, we’re extra proud, and wanted to say thank you to all of the men and women who made it happen.

As this weekend so effectively demonstrated, summer has begun in Houston. And with July, August, and September around the corner, we’re facing several months of high heat. So, this is the perfect time to announce a pretty amazing contest that our friends at Reliant have come up with. They’re teaming up exclusively with Space City Weather to give away two complete, brand new air conditioning systems, with delivery and installation included, to our readers.

Yes, really. You can enter the contest here.

Reliant has sponsored this site for two full years now, and they really value what we’re doing to keep the greater Houston area informed about weather in a reliable and sensible way. To show our readers how important they are to Reliant, the company will award two air conditioners worth an estimated $11,000 each.

There really are no catches to this. Reliant just wants readers to know they appreciate Space City Weather, too, and to let them know about their AC Heat & Repair business. 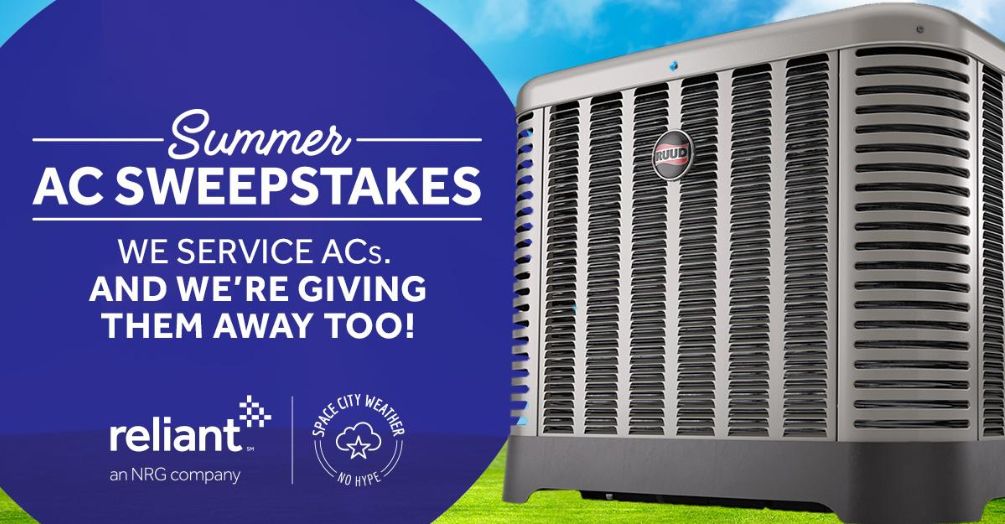 A quick summary of the rules appears below, but for full rules and details of the contest, click here.

If your air conditioning system is not more than eight years old, or more importantly, if you know someone who could really benefit from a free, new AC system heading into the hottest time of the year, please share the contest link with them.

We have our first winner! The winner of round one of Reliant’s AC giveaway—Farrah Gauge is thrilled. She told us: “What an incredible gift! Our current A/C is 18 years old and definitely on its way out so this could not have been better timing. You have gained a lifelong customer and advocate. Thank you Reliant!”

Ever since Hurricane Harvey, a lot of people living in and around Houston become nervous at the mention of widespread, heavy rainfall. The mere suggestion of even minor flooding heightens tension. And after surviving Harvey, we certainly understand why.

In the months after Harvey, Matt and I got together to try and determine what, if anything, we could do to help ameliorate this situation. Eventually, Matt hit upon the idea of a “flood scale” that residents of the greater Houston area could use to calibrate their concerns about upcoming flood events. Over time, the scale evolved into a rating from Flood Stage 1 (street flooding) through Flood Stage 5 (Hurricane Harvey). Here’s what we came up with:

This scale is not officially sanctioned by any government organization. Nor are we seeking to usurp any authority from the National Weather Service—they command our highest respect in issuing flood watches and warnings. Rather, we felt there was a need for something like this, in advance of significant weather, to help our readers set expectations and manage their own anxieties. So we’re providing the scale as such a service. It remains a work in progress.

In truth, there are many, many ingredients that will determine the impact of a flood: the total amount of rain, intensity of hourly rainfall rates, how long the rains last, the preexisting saturation of soils, the time of year, and more. This scale attempts to incorporate all of those factors into the ranking the impact of a flooding event. It is not perfect, nor purely quantifiable, but is does represent our best attempt to determine what residents can expect.

So why are we introducing this scale now? Because we anticipate needing it for the coming Thursday through Saturday period. Absent a major change in the forecast models, we’ll begin to use the flood scale beginning in Tuesday morning’s post. For what its worth, our overall thinking hasn’t changed, we continue to see the potential for 3 to 10 inches of rain through Sunday morning for the Houston region.

As we get a little bit deeper into the new year, Matt and I are thrilled to announce that Reliant has returned to sponsor Space City Weather for all of 2019. For those keeping score at home, this means Reliant has been our partner since mid-2017—just before Hurricane Harvey—and we’re excited to have an old friend back for a new year. This represents a win-win-win partnership:

What Matt and I really appreciate about this ad-free model is that we are under no pressure to deliver a set number of page views, or generate traffic just for the sake of clicks. When there’s not much to say or write about, we’re going to say so. And when there’s some serious weather threatening the area, we’ll write and cover the heck out of it. We’re never just going to write filler stories—we aim to reduce the clutter in your lives, rather than add to it.

Not much will change this year. As long-time readers know, we will (very) occasionally highlight an electricity, or home service or energy management solution that Reliant offers when it’s relevant for you, service that Reliant offers, and our site will feature deals from the company—right now, that deal is free weekend electricity and a Google Home Hub at no cost to you. 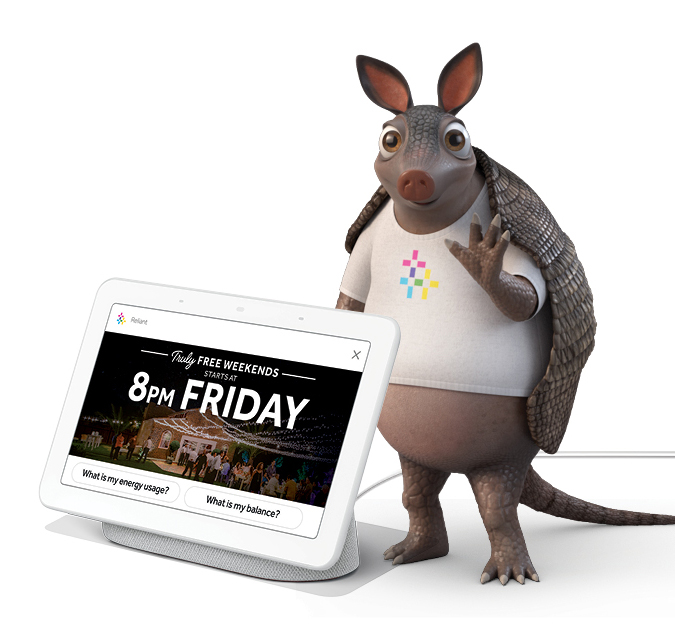 Reliant and its president Elizabeth Killinger want to support what we do, not get in the way of it. Reliant shares our mission of keeping readers informed and prepared, no matter what the weather brings. They’ve been a great partner for us over the last 18 months, and we’re excited to have them back with us for 2019.