Note: This is the first in a series of reports by Matt Lanza that puts the Tax Day floods into perspective, and discusses what Houston should learn from this natural disaster.

On Monday afternoon the Harris County Flood Control District released its first official summary of the historic flooding that occurred last week in the greater region. I’ve read through it and compiled some highlights for here. (You can also view the report yourself in its entirety here). A serious thank you to Jeff Lindner at the flood control district who has worked tirelessly since last week to provide critical, useful, and interesting information to put this event into context and keep the region informed. He is also a must-follow on Twitter if you’re into weather, haven’t done so yet. 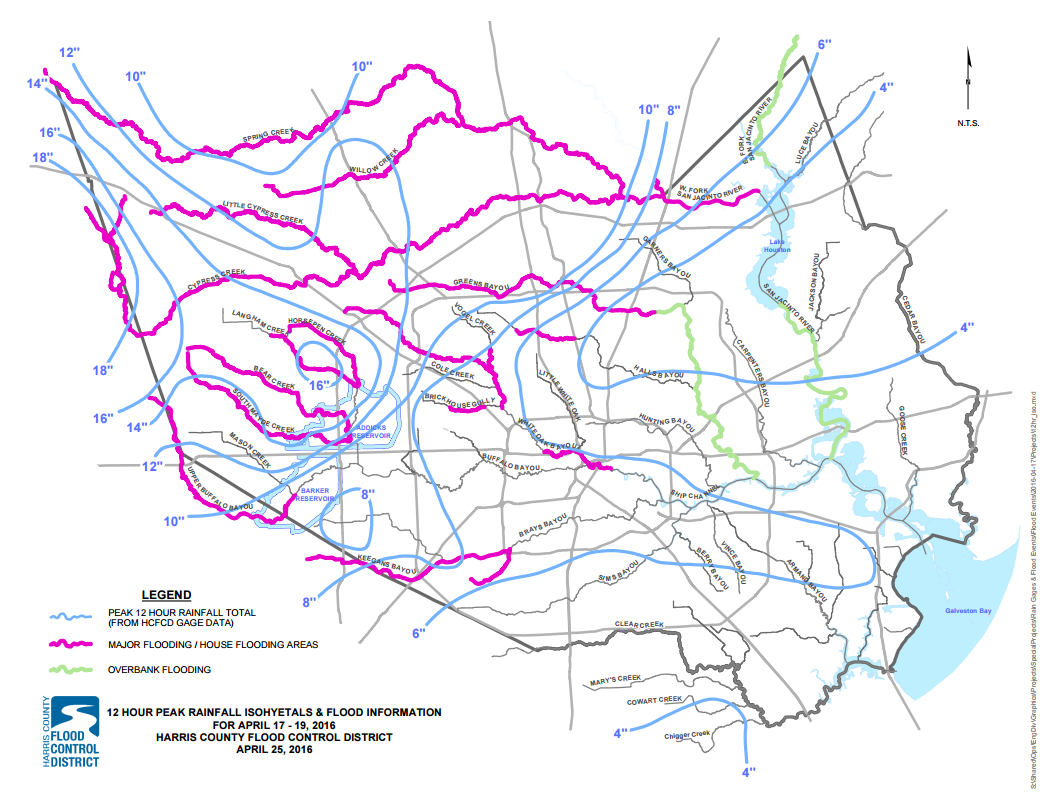