During the last couple of days there’s been a fair amount of hype about the potential for a tropical depression, or storm, to develop in the Gulf of Mexico. As of this afternoon the National Hurricane Center predicts there is a 60 percent chance an area of low pressure near the Yucatan Peninsula does just that. 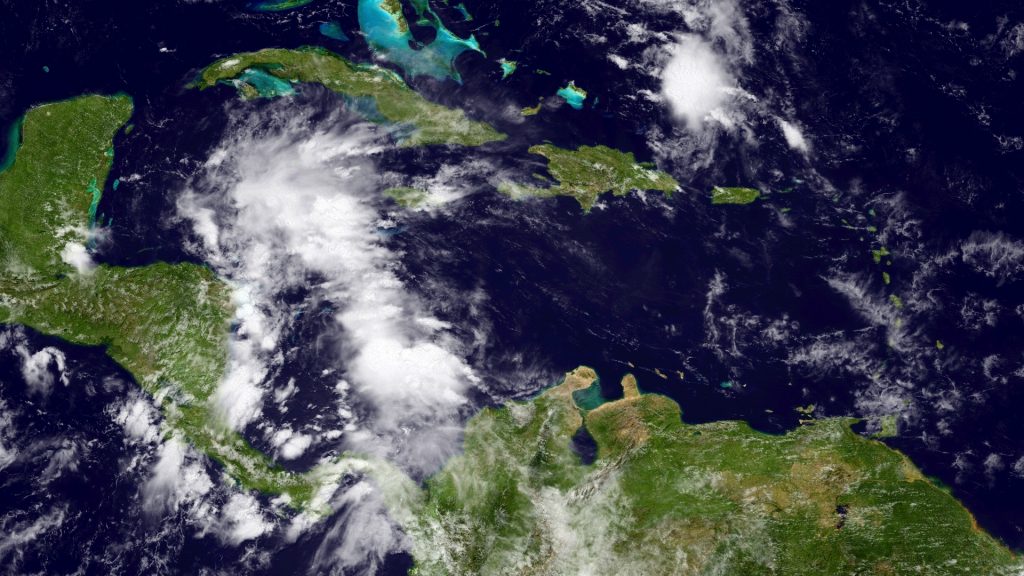 We have not focused on this system for two simple reasons. First of all, Houston has been dealing with its own super soaker for the last several days, quite apart from this tropical system. Secondly, regardless of whether it develops, this mess is moving toward Florida and will have little to no effect on Texas weather.

END_OF_DOCUMENT_TOKEN_TO_BE_REPLACED

After a stormy Thursday, though certainly one that could have been worse for Houston, I’m hopeful for a more optimistic situation today (though not one where rain chances magically disappear unfortunately). A Flash Flood Watch remains posted into Saturday evening, so we’ve got another day and change to stay on guard. Let’s break it down. END_OF_DOCUMENT_TOKEN_TO_BE_REPLACED

Anyone watching a radar this afternoon will have seen a line of thunderstorms moving toward Houston from central Texas. While these storms have weakened somewhat, and should continue to do so, they are strong enough to produce moderate to heavy rains as they move eastward. A flood advisory is now in effect for the Brenham area. 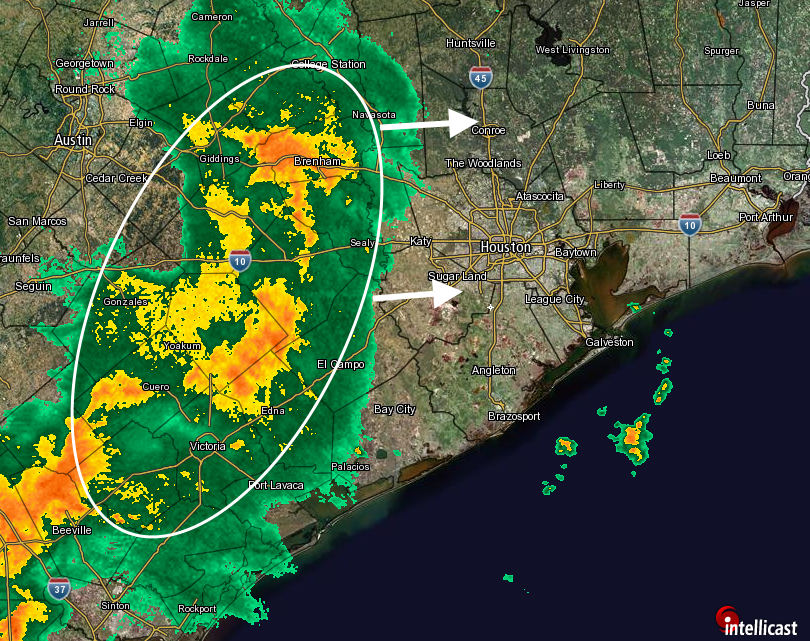 The radar at 7pm CT shows showers moving in from the west. (Intellicast)

END_OF_DOCUMENT_TOKEN_TO_BE_REPLACED

Most of the Houston area has remained shower-free this morning, but we’re becoming concerned about a boundary between warmer (to the south) and cooler air masses that has set up a bit to the north of Interstate 10 today. Its position at 11:45am CT is shown below. 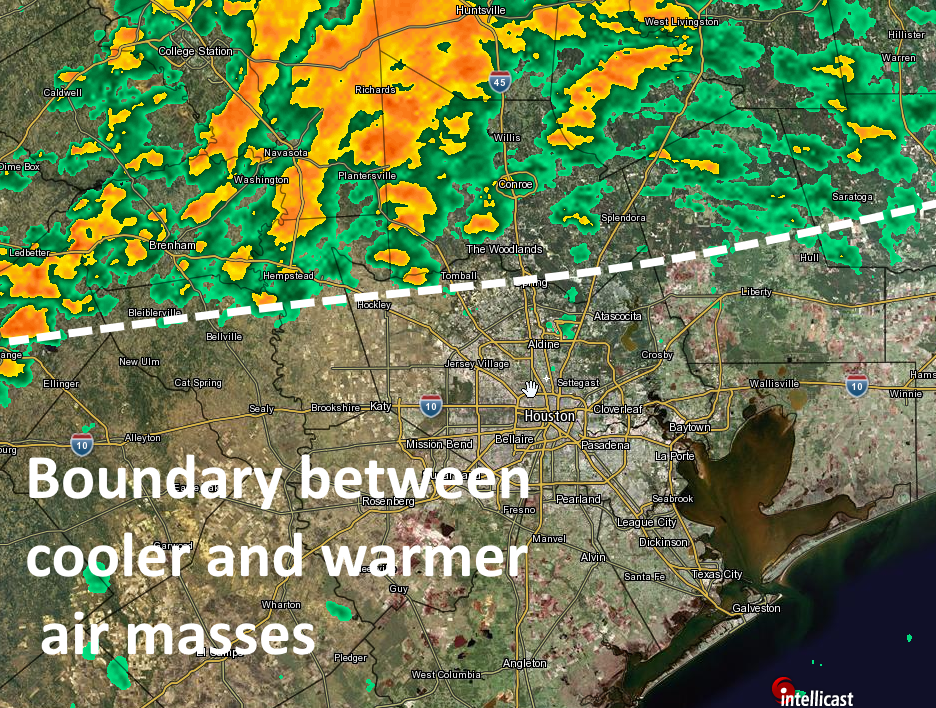 Approximate position of boundary at 11:45am CT. (Intellicast)

We’ve seen storms form north of this boundary today, including over already hard-hit areas of southwestern Montgomery County, and this should continue. That’s because there’s an ample flow of moisture and warmth coming from the south-southwest which is helping to feed storm development. As the day progresses we could see this boundary sag further south, bringing some heavier storms into the central Houston metropolitan area.

There is a lot of uncertainty in the forecast, but even a few more inches of rain across northern Harris, southern Montgomery, Waller and Grimes county would prove very troubling. And the prospect of heavier rains moving southward into the central Harris County area later this afternoon to start off the Memorial Day weekend isn’t particularly appealing either. We’ll be keeping a close eye on developments for you.

Posted by Eric Berger at 11:55am CT on Friday