Very heavy rains that developed over the Brazos Valley earlier today have moved ever so slowly eastward, into Montgomery, Washington, Waller and San Jacinto counties this evening. As of 6:30pm CT some areas in these counties have received in excess of 6 inches of rain in the last couple of hours. For example, a location along Lake Creek between The Woodlands and Conroe picked up 6 inches between 4:30pm and 6:30pm. With heavy rains like these watersheds will fill up quickly. This is a serious flooding situation.

Unfortunately there’s a long line of storms stretching from north of Houston all the way to Austin. Based upon radar trends and short-term model forecasts it appears this line of storms will progress slowly to the east, likely through Montgomery County and northern Harris County for at least the next few hours. 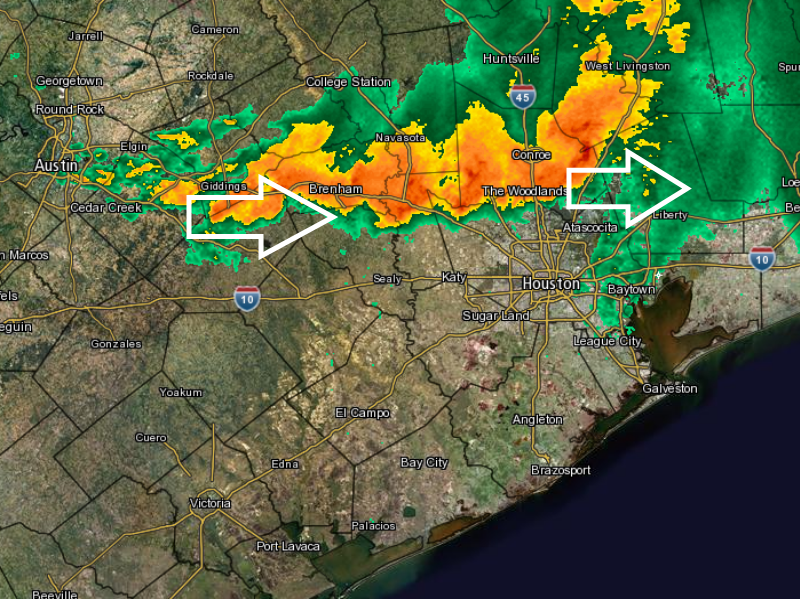 END_OF_DOCUMENT_TOKEN_TO_BE_REPLACED

The major storms that developed over the Brazos Valley today are slowly moving toward the metro Houston area. Parts of northwest Harris County and Montgomery County are included in the latest severe thunderstorm warning from the National Weather Service. 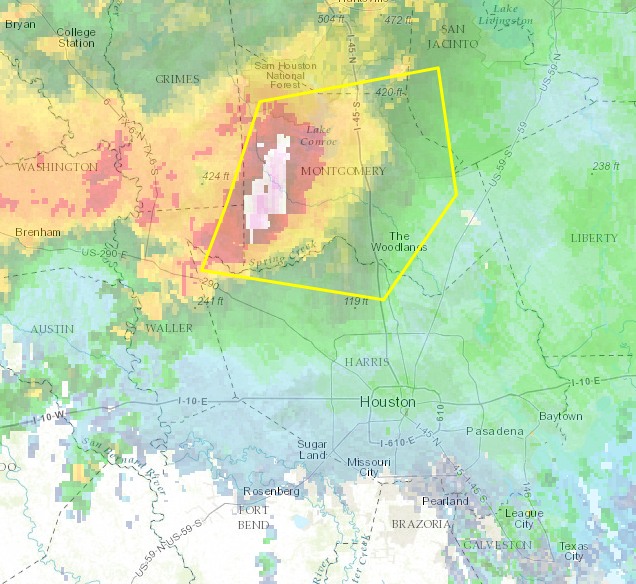 In addition to heavy rain, these storms are capable of producing wind gusts in excess of 60mph and hail. If you are on the north side of Houston this evening please do not drive into high water and remain indoors if possible. The warning is in effect until 5:15pm.

It still seems likely the bulk of these storms, which are moving slowly to the east, will remain over the northern half of the Houston metro area this evening, north of Interstate 10.

Posted at 4:25pm CT on Thursday by Eric Berger

We’ve done OK today all things considered, with most areas of Houston receiving 0.5 to 2.0 inches of rain, and the heaviest concentrations clustered over west and southwest Harris County. So what’s next?

For some time we’ve been quite concerned about the potential for very heavy rain on Monday because atmospheric moisture levels were forecast to be quite high. And indeed that’s still a possibility. However now some guidance is suggesting that an upper-level storm system moving in from west Texas tonight will remain further to the south, around Matagorda Bay and points south. 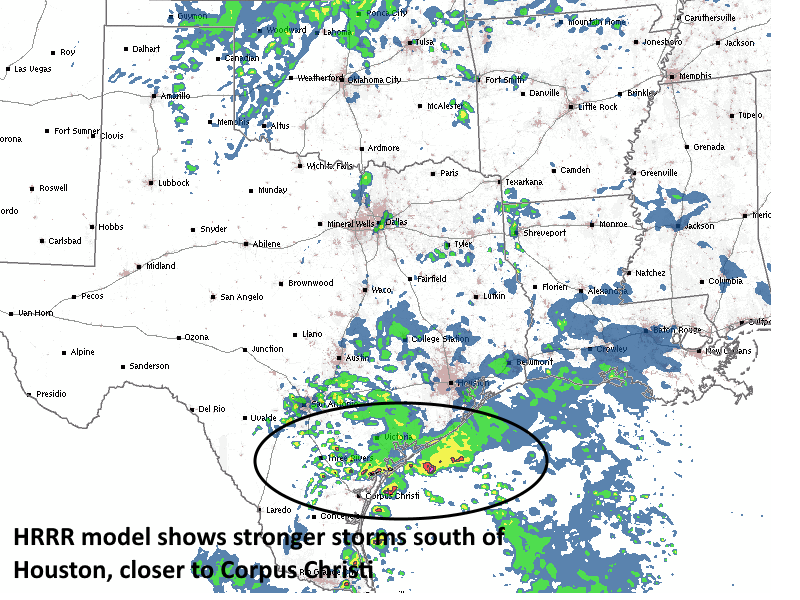 The HRRR model, and other guidance, suggests the heaviest storms will develop south of Houston on Monday. This is a radar prediction for 8am CT. (NOAA)

So there are basically two scenarios: One in which the heaviest storms do track into the greater Houston area, and bring 2 to 4 inches of rain for much of the metro area beginning some time on Monday morning. Under another scenario the storms track further south, and the region sees weather more like today, or even a little bit more benign. In either case I think we’ll see drying conditions by the afternoon or, at the latest, early evening hours.

Which scenario happens? I am not confident to call it at this point, but I’ll have a full update in the morning when we have a better idea of what’s going to happen.

The rain is over. After days of being tortured by Mother Nature (and, you know, tigers), we can at least turn the faucet off for a bit, as drier weather builds into Southeast Texas for the weekend.

As the upper level storm partially responsible for repeated rains finally begins to pick up some speed as it exits the Mid-Continent, that will allow for high pressure to settle in over our region for a couple days. That means we should have a good bit of sunshine today. Temperatures will pop into the low to mid 80s. 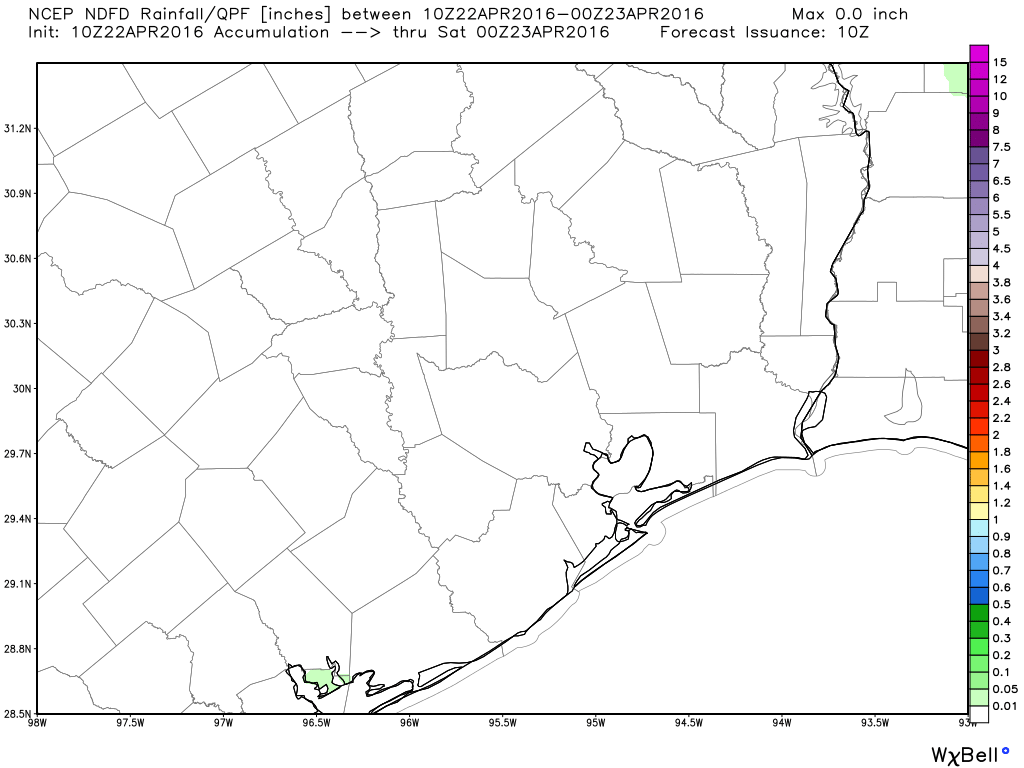