Perhaps you’re not impressed with the region’s rare mid-summer cool front, but anyone who knows what August feels like in Houston will be pleasantly surprised when stepping outside this morning. Dewpoints in the northern half of Houston have generally fallen below 70 degrees, which is remarkably low for this sultry time of year. These pleasant mornings and evenings will linger for a few more days, and daytimes should be moderate as well with increasing rain chances. Essentially, for most of the rest of this week, it will be like late May or early June, only it’s actually the dead of summer. That may not seem like much, but August is typically so consistently hot and humid, that this weather is kind of amazing.

After a cool, dry start today should see partly sunny skies, with highs in the low 90s. Today’s probably the last day of the week that most of Houston will not see any rain. 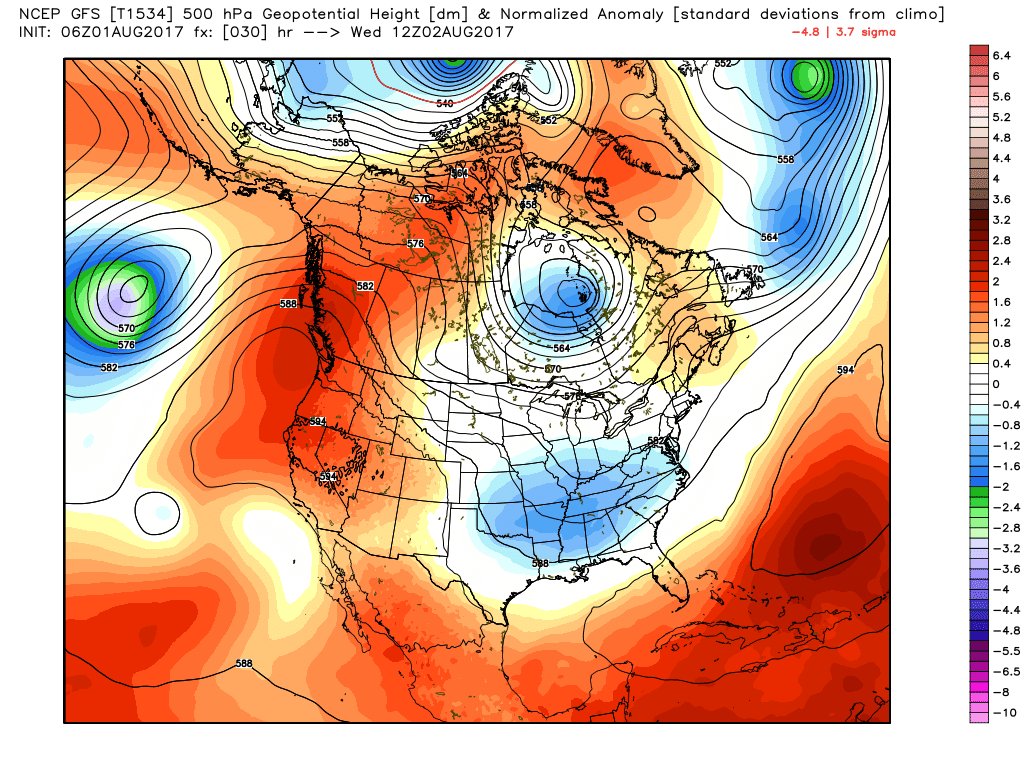 Here in Houston, the combination of Gulf moisture and some upper-level disturbances should be enough to bring us partly to mostly cloudy days, with intermittent showers and thunderstorms. I don’t think we’re going to see enough rain to raise significant flooding issues, but most areas should see 1 to 3 inches through the weekend I’d guess. And for August, our temperatures will be amazing. Look for highs in the mid-80s to 90 degrees, and overnight lows in the mid-70s, with slightly lower humidity.

Really, I don’t see much change going into the weekend. Temperatures will still be on the moderate side, and rain chances will continue with perhaps about half of the area seeing at least some light precipitation. Perhaps by Sunday the area should dry out a little bit, but I’m not making an guarantees.

Right now, yet another cool front seems likely to approach the region and stall out this weekend. This suggests that next week should start out in more or less a similar fashion to this one. We might even get all of the way into mid-August without a high in the mid-90s. Now that would be amazing.

Posted at 7:05am CT on Tuesday by Eric