With very little (ok, none) rain in the forecast let’s discuss for a moment the possibility of a drought returning to the greater Houston area.

Harris County hasn’t been in a “moderate” or worse drought since August, 2015. However, last week most of the region fell into the “abnormally dry” category, which is just one step below a drought in the catalog kept by the US Drought Monitor. 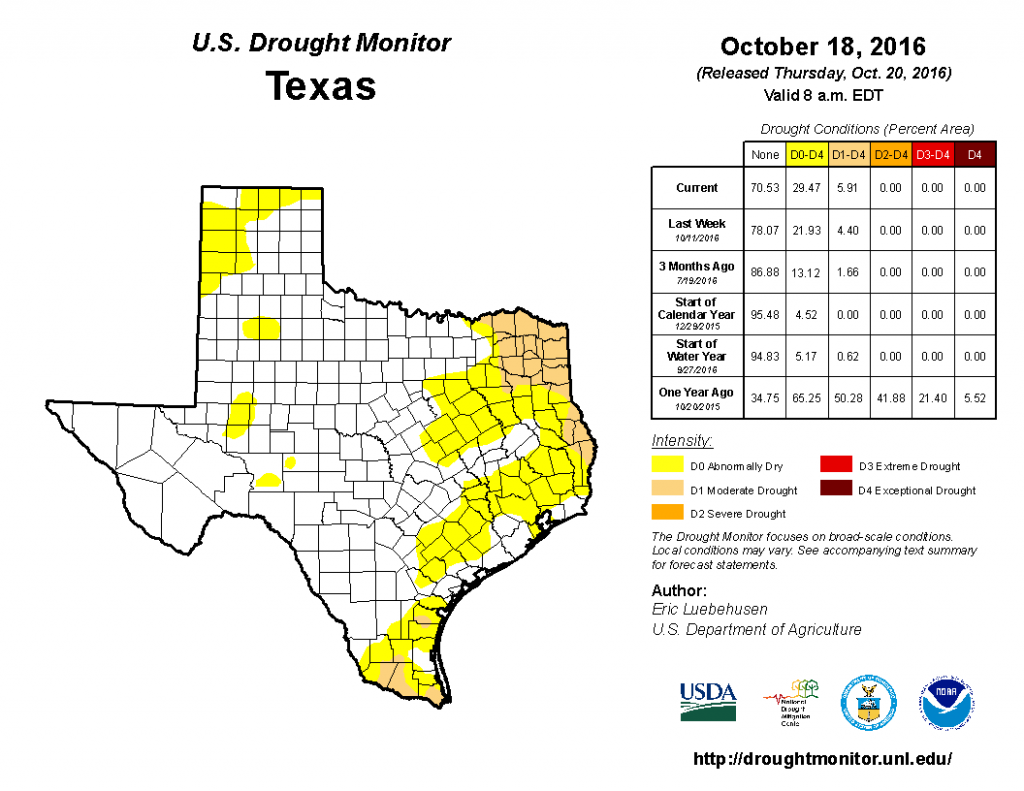 We are starting to see other indications of almost-drought like conditions crop up across the state after a dry late summer and early fall. According to the Texas A&M Forest Service, 57 Texas counties now have burn bans, including Waller, Austin and Wharton counties just to the west of the Houston metro area. 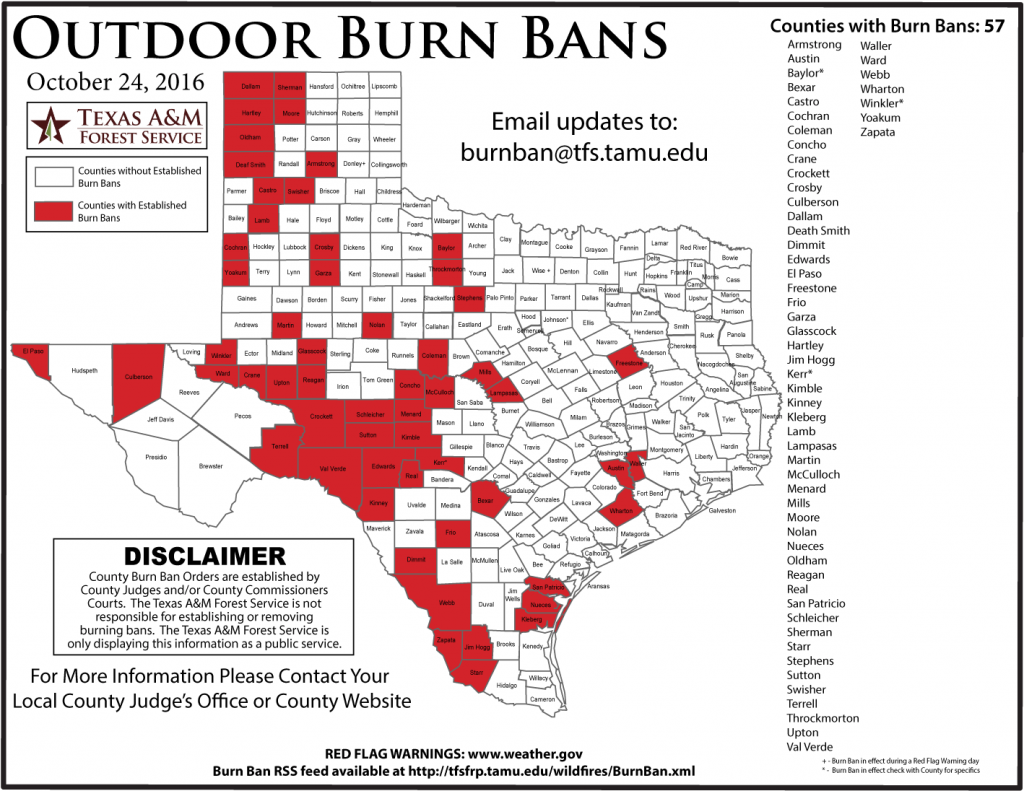 These are drought precursor conditions, and if we go another few weeks without significant rain we could see at least a moderate drought return to the region. Unfortunately it doesn’t appear as though Mother Nature intends to help us out over at least the next week or so.

Easterly winds for the next couple of days should help keep humidity levels a bit lower than is custom in Houston. This should also keep high temperatures in the mid-80s and lows in the mid-60s, under mostly sunny skies. All in all the weather will be fairly pleasant, especially when the Sun is near the horizon.

As higher pressure expands into Texas, I think we’ll see humidity rise a bit. While daytime temperatures will likely remain in the mid-80s, nighttime temperatures could creep back up into the upper 60s and feel a tad bit more sticky. Rain chances will remain near zero, with mostly sunny skies.

This pattern has to change some time, right? It does. But it’s not clear whether that will happen early next week, or late, when there’s the possibility of an upper-level disturbance finally bringing some rain into the eastern part of Texas. Will Houston be in a moderate drought by then? Will we ever see another cold front??

Posted at 6:40am CT on Tuesday by Eric