After the potential for storms fizzled on Saturday night—the worst of them simply passed well north of Houston—the region’s story now turns toward heat as we get deeper into May and closer to June. (We are but one month and one day away from the summer solstice, when the Sun reaches the highest point in the sky). Although daytime highs have not been at all oppressive, our nights have turned muggy and warm. On Sunday College Station (77 degrees) and Bush Intercontinental Airport (78) both tied records for warmest “minimum” temperatures, and Houston’s Hobby Airport (79) broke a record of 78 degrees set in 2017. We’re experiencing more of the same on Monday morning.

Today should eventually bring mostly sunny skies, allowing highs to tick up into the upper 80s, if not 90 degrees. Perhaps the most noticeable aspect of our weather will be southeasterly winds really starting to blow this afternoon, perhaps gusting to 25mph or higher. 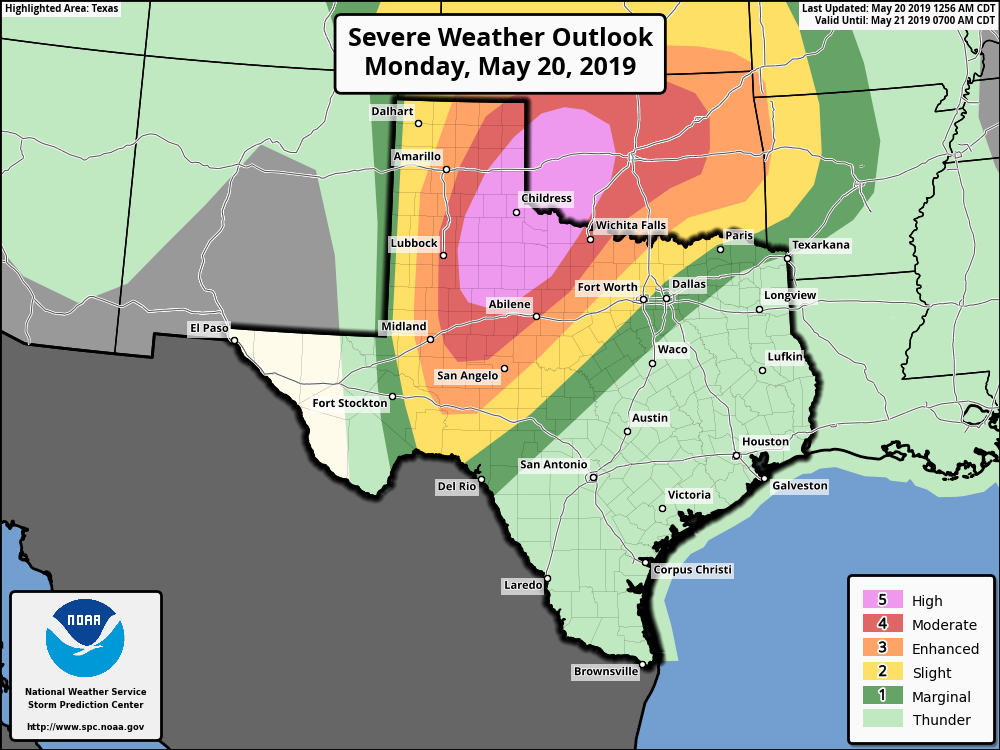 This will offer a nice illustration of how weather around the country (indeed, the world) is connected). These winds will be blowing from high pressure in the east toward low pressure and a strong storm system over northern Texas and Oklahoma. If you’re traveling toward the Panhandle today, take care, as there is a high potential for severe weather, including some very strong tornadoes. For Houston, Monday night will be another warm one.

On Tuesday, the aforementioned storm system will move across northern Texas, but Houston will probably miss out on the action. Some thunderstorms are possible for northern parts of the metro area—such as Montgomery County—but rain chances in the city of Houston itself are probably only around 30 percent or so. Accumulations will be unimpressive. It should otherwise be a partly sunny day, with highs in the upper 80s. 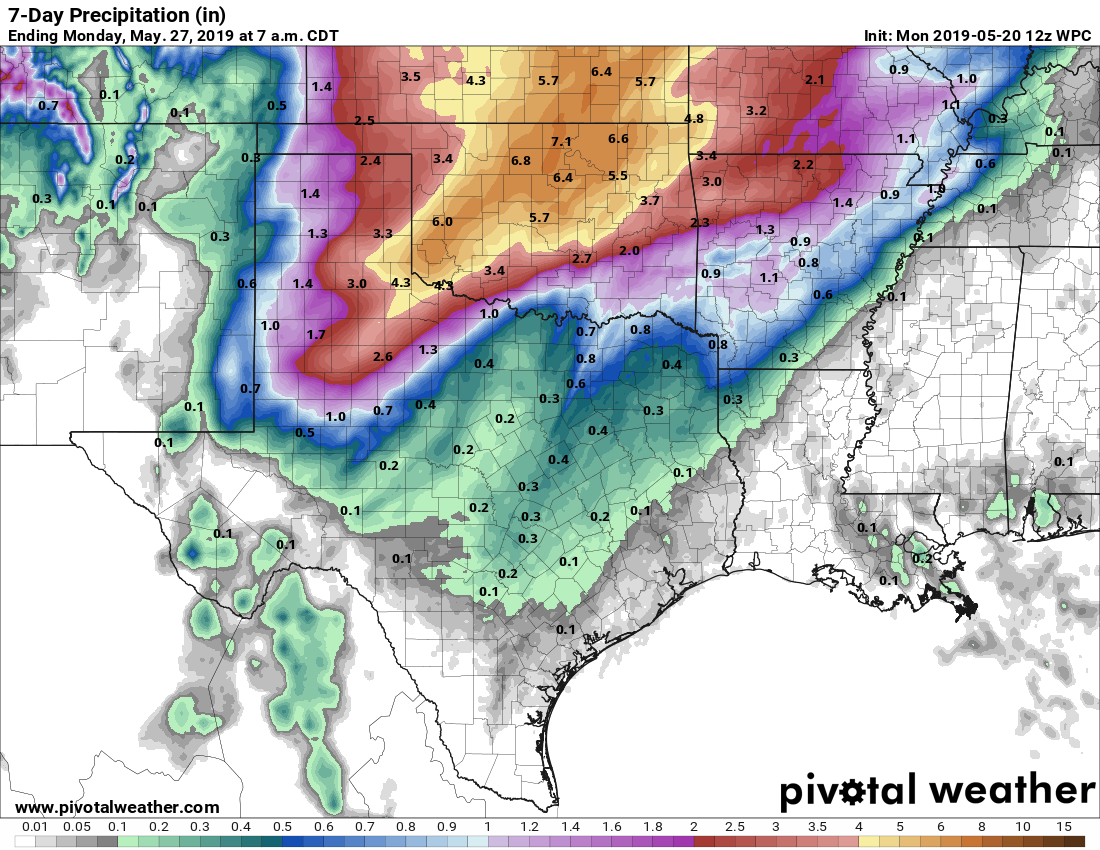 Toward the second half of the week, we expect high pressure to build over the region, shutting down any significant rain chances. For the rest of the work week we can probably expect high temperatures of about 90 degrees, with mostly sunny skies, and nighttime temperatures in the mid-70s. This will effectively be the beginning of “real” summer in Houston, although fortunately we don’t see the mid-90s coming any time soon.

The weekend and beyond

With high pressure dominant, don’t expect much change this weekend. If your plans call for fun in the sun on Saturday and Sunday, right now we expect no issues whatsoever.

This pattern doesn’t appear to change heading into early next week, at least, although some of the forecast models do hint at the possible return of rain around the end of May. I expect we’ll want any precipitation we can get by that point.