Typically in Houston, early August sees high temperatures in the mid- to upper-90s with full sunshine as high pressure dominates our weather. However, this week Houston will lie on the periphery of high pressure, and this will allow us to see a healthy chance of rain showers this week along the moderately cooler weather. As ever with forecasting rainfall along the Gulf coast, there is a good deal of uncertainty in timing and amounts. But the bottom line is that for August, this week shouldn’t see suffocating heat.

High temperatures today should range from about 90 degrees to the low 90s, depending upon cloud cover and the extent of rainfall. I think most of the area will see one or two tenths of an inch of rain today, with some areas seeing higher amounts in heavier storms. Rain chances will be highest during the afternoon and early evening hours, but I don’t expect any significant disruptions during this evening’s commute. 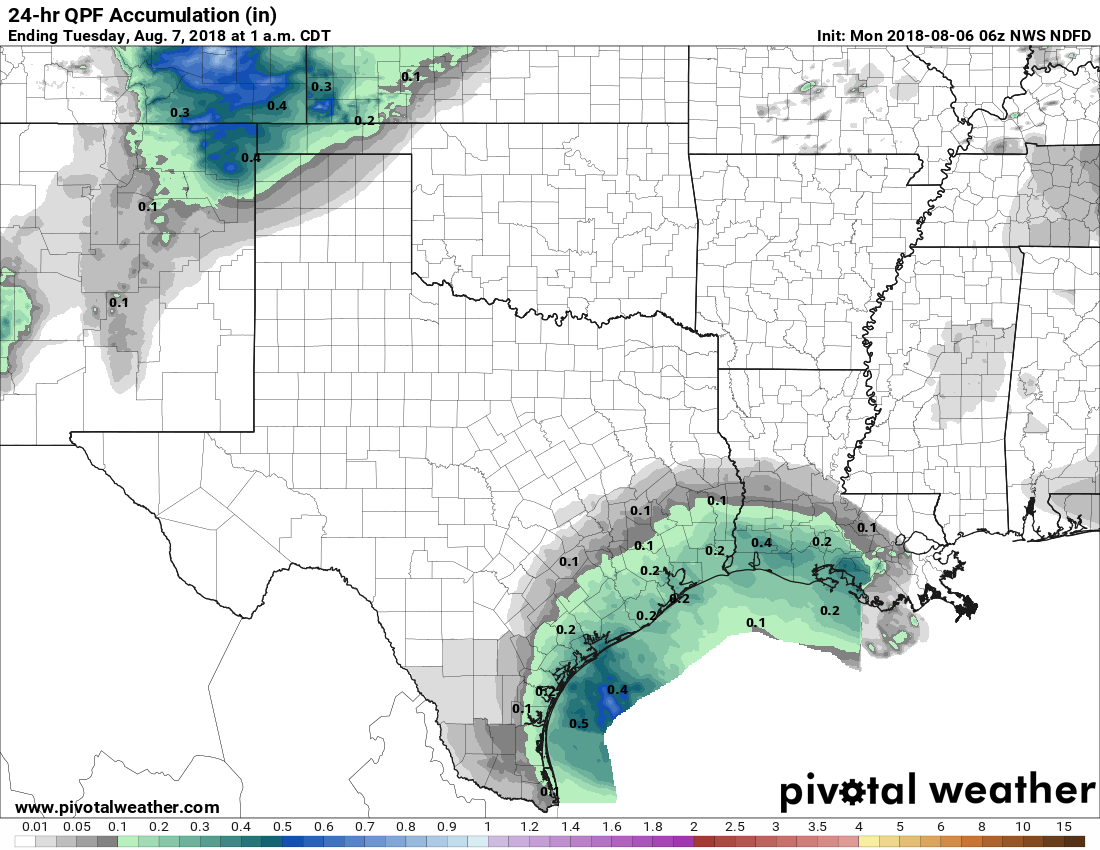 Rainfall Monday is most likely near the coastal counties. (Pivotal Weather)

Probably more of the same as Monday, albeit with slightly less coverage and temperatures perhaps a tick or two warmer.

If you’re looking for two days that may be drier and hotter this week, Wednesday and Thursday are it. I think we’ll see partly to mostly sunny skies on both days, with highs perhaps in the vicinity of 95 degrees. Rain chances won’t go away, but will scale back to 30 to 40 percent for most of the area.

There is some uncertainty about the forecast for this weekend, and if you have outdoor plans, you’re going to want to watch the forecast over the next few days. A frontal boundary should reach northern Texas later this week, and produce a number of large storms. Right now, the heavy rainfall potential associated with these storms is likely to remain north of Houston—in East Texas, southwest Arkansas, and southeastern Oklahoma. However that is something we’re still going to have to watch for its potential to slide down into the greater Houston area. 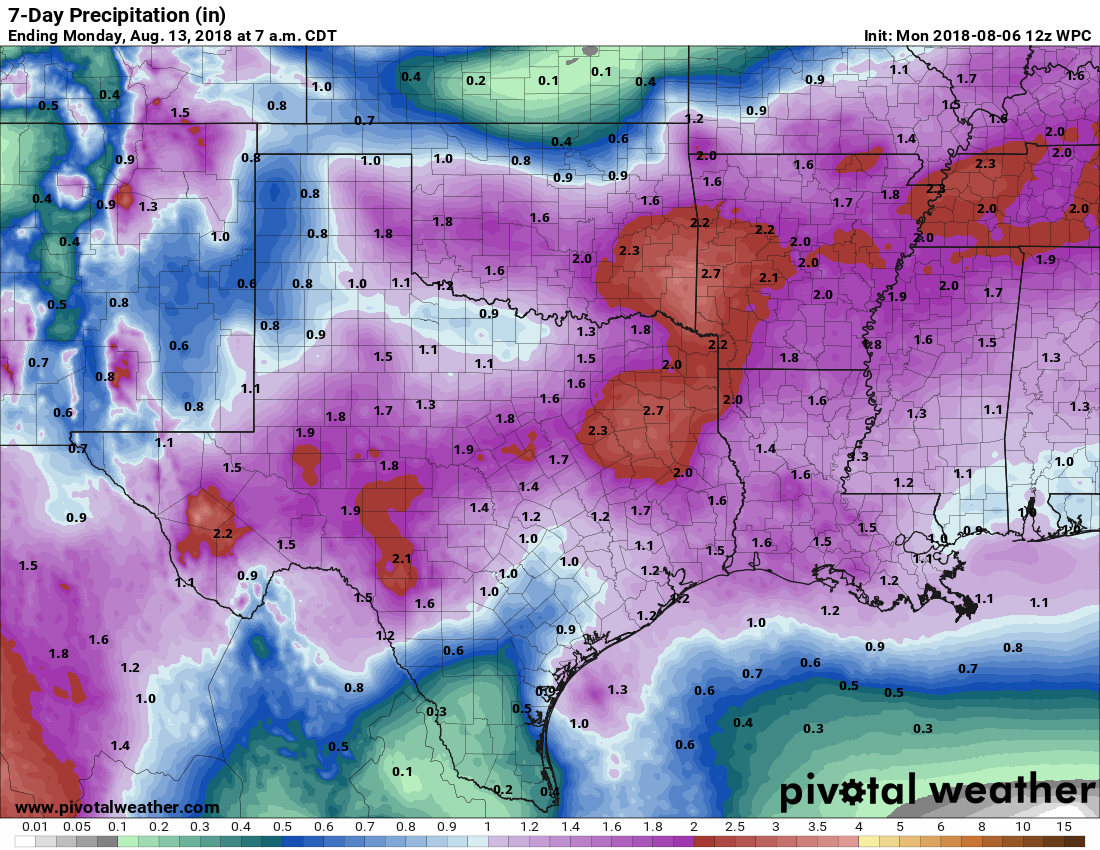 A wet week (and weekend) should bring 1 to 2 inches of rain to most of the Houston area. (Pivotal Weather)

Regardless, Friday, Saturday and Sunday should see a healthy chance of rainfall, on the order of 40 to 60 percent. With some clouds, we can probably expect highs to remain confined to the low 90s. We’ll try to provide a higher fidelity forecast when we get closer to the weekend, but for now the details are pretty messy.

8 thoughts on “Houston settles into a wetter, slightly cooler pattern this week”