Very heavy rains have fallen over night along the I-35 corridor of Texas, with a focus on Bexar County. Up to 7 inches have fallen in the metro area there. If you are traveling toward the San Antonio area today please take care due to flash flooding occurring across the city. As the front slowly moves into the Houston region today we should see our rain chances pick up, but I do not expect more than 1 to 2 inches of rain for most of the Houston region.

As the front trudges toward Houston we should see an increase in coverage of storms across Houston, especially to the west and north of the city. Highs will be in the mid-80s and I’d expect coverage similar to Sunday, with intermittent heavy rains that might cause some temporary street flooding, but nothing too extreme. The front itself should move through central Houston tonight.

Although the front will probably slog into Houston and off the coast by Tuesday morning, it will take some time for the area see the effects of cooler and drier air. As a result some showers and thunderstorms will remain possible on Tuesday morning, and highs will be possible in the mid- to upper-80s. 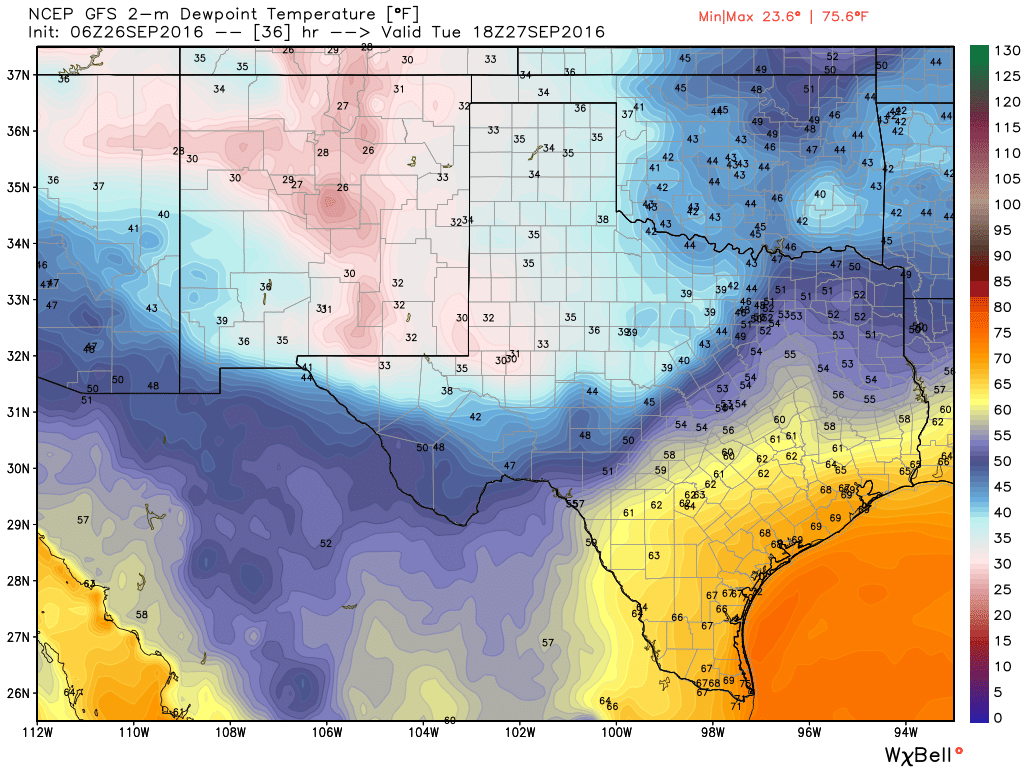 Dew points on Tuesday, during the middle of the day. (Weather Bell)

As drier air moves in we should finally see some fall-like weather during the latter half of the week, with highs in the mid- to upper-80s and lows in the 60s. Areas north of Houston will likely see lows closer to 60, and areas closer to the coast will see lows in the upper 60s. It’s not going to be cold, for sure, but the drier air will allow mornings and evenings to feel especially great. For those runners among us who have been waiting for cooler weather to make longer runs, Friday and Saturday mornings looks especially sweet.

We should see a slow warm-up late this weekend and early next week, but it looks like this front will have some surprising staying power for the first fall front of the season.

Expect to hear a lot a tropical wave in the Atlantic known as Invest 97L. That’s because it will likely become a hurricane (named Matthew, so be sure and give Matt some hell about that), and move into the eastern Caribbean Sea by this weekend. After that forecast conditions are ripe for some strengthening (this very well could become the strongest hurricane of 2016), however steering currents aren’t the strongest. This means there’s little confidence in where the system will go. It might eventually move into the Gulf of Mexico, or more probably will turn north before reaching Florida or move directly into Florida. 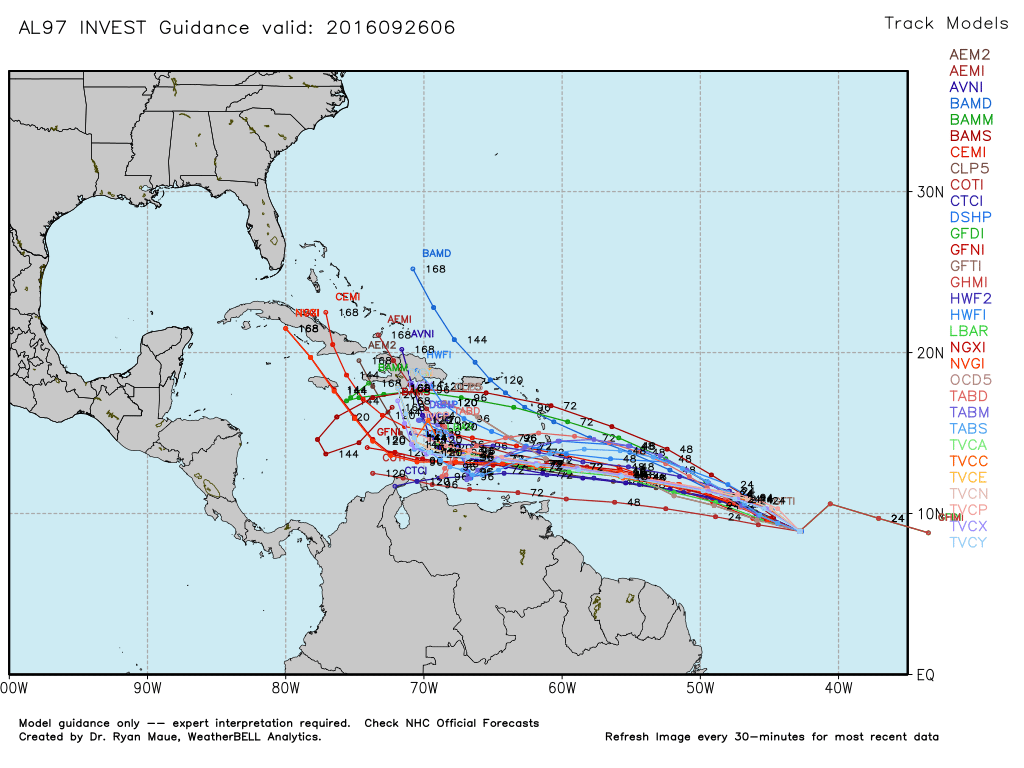 In any case, while we need to watch this wave over the next couple of days from Texas, I’d bet against it being a threat to the western Gulf of Mexico.

Posted at 6:50am CT on Monday by Eric

5 thoughts on “Front to slowly edge into Houston, second half of week looks stellar”