The northern part of the metro area saw some briefly strong showers on Wednesday, with up to 0.5 inch of rain falling near Tomball and The Woodlands. Since then, the atmosphere has continued to dry out, and high pressure strengthened somewhat. This should continue to diminish the coverage and intensity of any rain showers today, leading to a mostly dry period until Sunday or Monday.

Skies will be partly to mostly sunny today under the influence of the aforementioned high pressure. We can’t rule out some isolated showers along the sea breeze later today, but chances are probably less than 20 percent, and anything that forms won’t last too long. Highs will generally be in the mid-90s with ample humidity. Low temperatures won’t be a whole lot better, with parts of the region not falling below 80 degrees tonight. 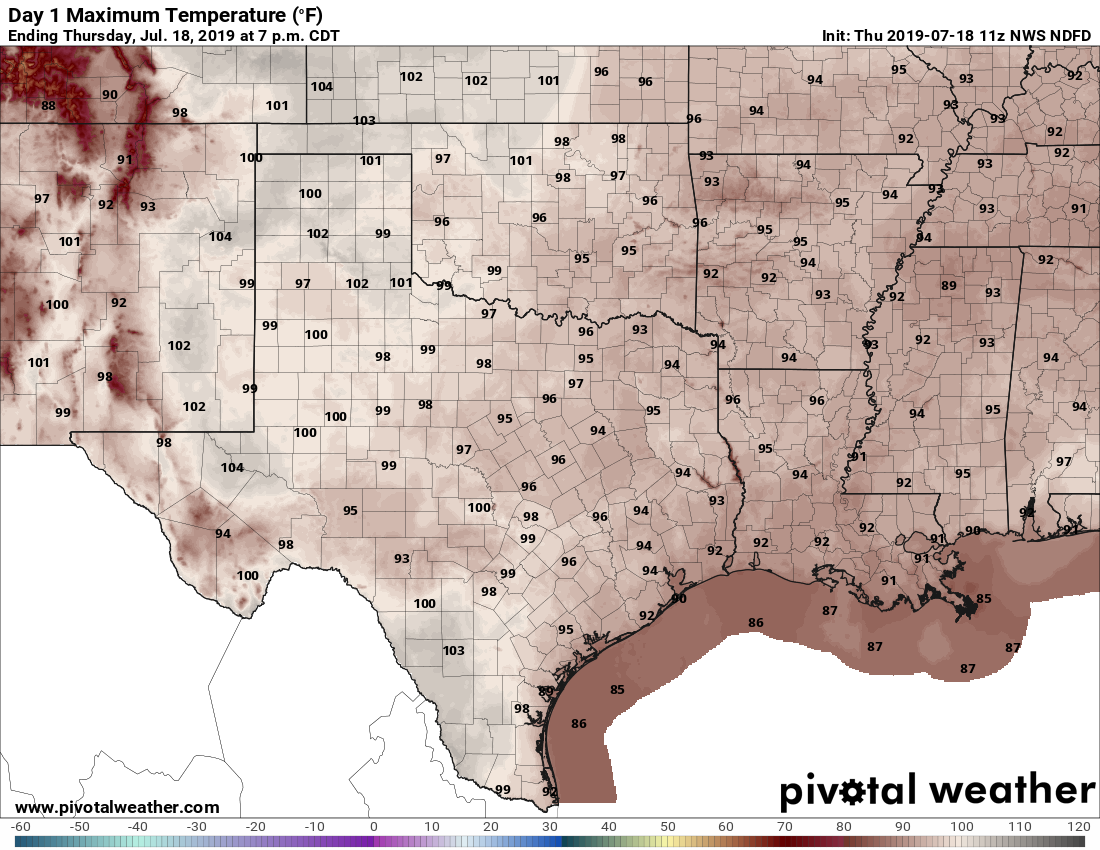 It will be another hot day today in Texas. (Pivotal Weather)

This should be pretty much a hot and sunny day, with highs in the mid 90s and not much else to say.

The first half of the weekend looks to be mostly a repeat of Friday, although a chance of some sea breeze storms may creep back into forecast during the afternoon. Overall, look for highs in the mid-90s with partly to mostly sunny skies.

As high pressure begins to move off on Saturday, this will set the stage for some better rain chances on Sunday and Monday. However, at this time any accumulations look slight—think a few tenths of an inch, at most—for the 30 to 50 percent of the region that sees rain during those two days. Skies should be partly sunny with highs in the low- to mid-90s. 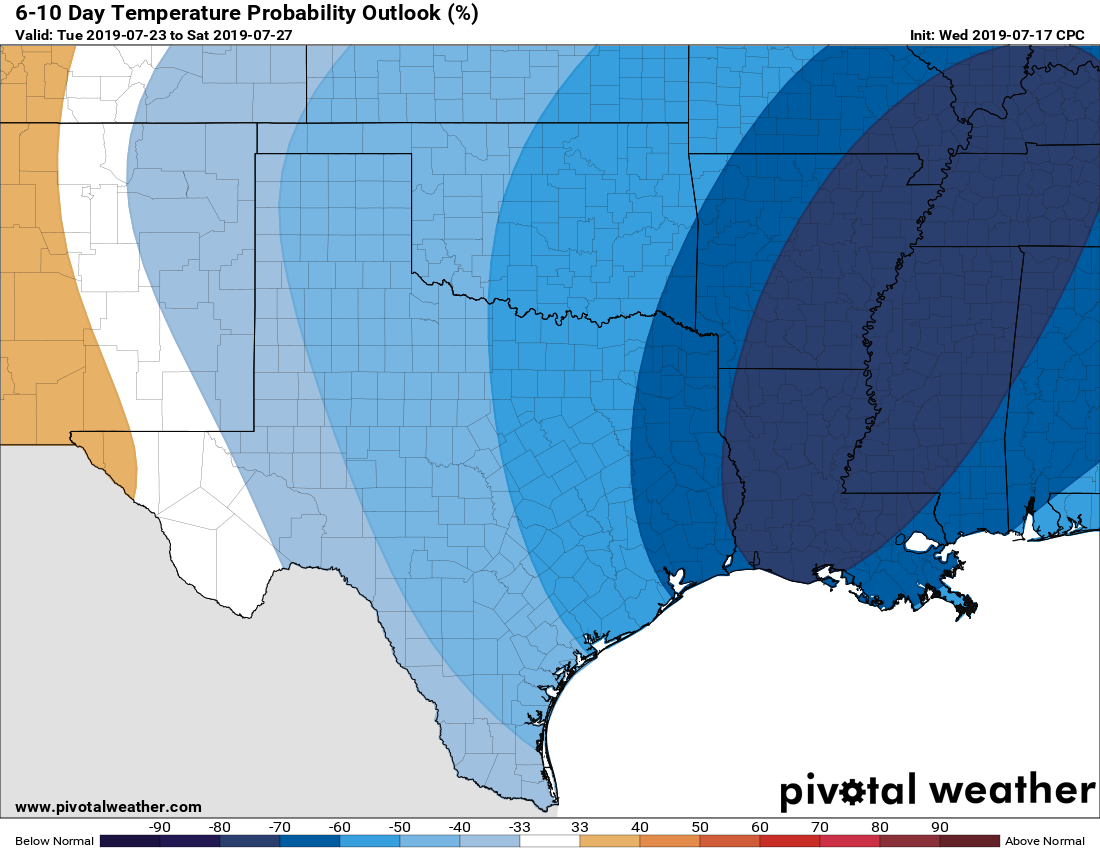 The second half of next week looks potentially a bit cooler. (Pivotal Weather)

The rest of next week looks a bit more interesting. An upper-atmosphere low pressure system will nudge down into the southern United States, and this could mean a couple of different things. First of all, this should lead to some rising air and better rain chances on Tuesday and Wednesday. Most of the region will probably receive ~0.5 inch of rain during this time period, with the usual variability we see in terms of some areas getting more, and some less. We also can’t entirely rule out the possibility of a weak front pushing through, and bringing a few days of slightly drier air. This would be extraordinarily rare for July, so don’t get your hopes up too high. Also, if any front does get into the Gulf, that might also be potentially tropical trouble—although to be perfectly clear we have absolutely no reason for concern right now.

7 thoughts on “Mostly sunny and hot, with more interesting weather next week”