Good morning. We’re going to have a seasonable end of the work week, with a healthy chance of rain this weekend—the timing is most likely Saturday night, so don’t cancel those outdoor plans just yet—and then much warmer weather next week. It’s not June yet, but with high pressure moving in temperatures will go up and rain chances will go down.

Today’s forecast will feature partly to mostly sunny skies. We may see a very few scattered showers over the region, especially to the southwest of Houston, but mostly we’re going to see sunshine. Highs will be in the mid-80s and overnight lows will drop down to around 70 degrees. In short, this is pretty standard weather for May. And while it’s fairly warm, this is nothing like what’s coming. 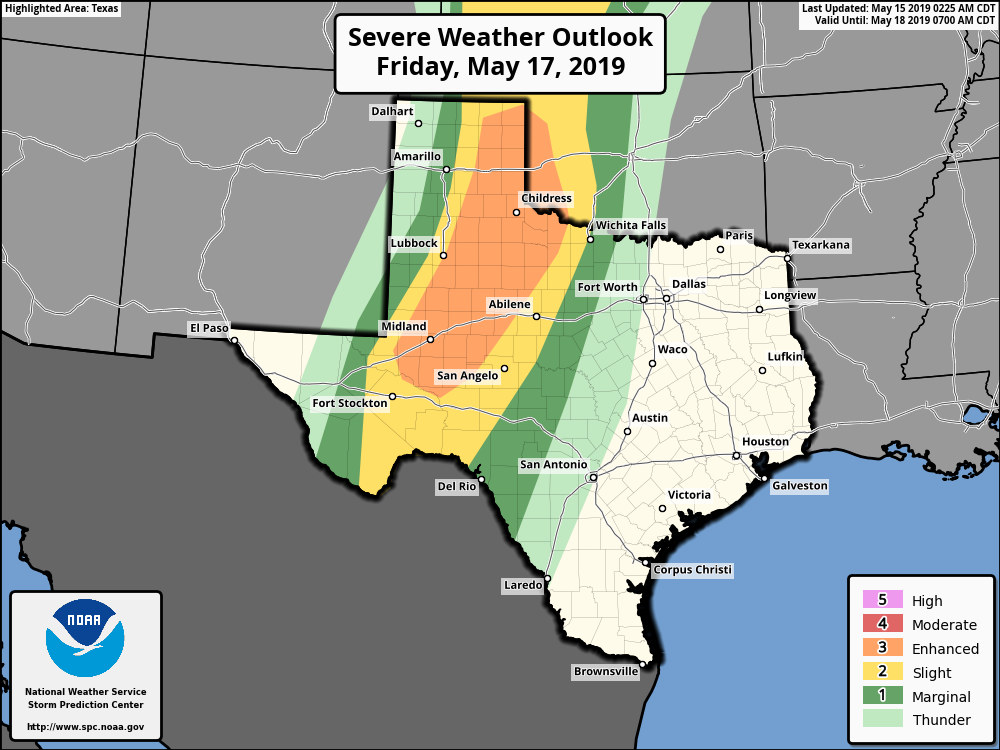 High pressure should keep a lid on all but scattered showers to end the work week, and allow partly to mostly sunny skies across Houston. Highs will likely reach into the mid- to upper-80s with southerly, humid winds. A reminder, if you’re traveling to West Texas or the Panhandle on Friday, check your travel plans closely, as a storm system will likely be moving across that part of the country with the potential to produce severe weather, including tornadoes. 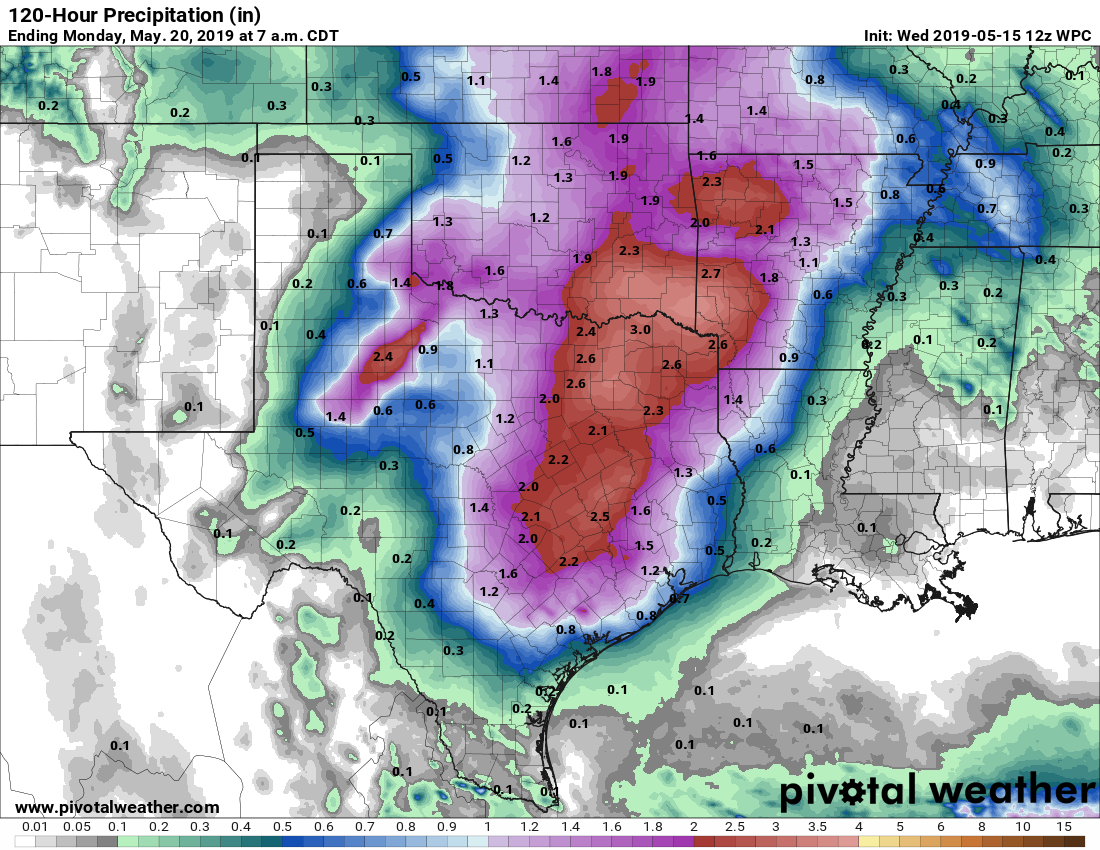 So what happens this weekend? The storm system draped across West Texas will move across Texas on Saturday—bear that in mind if you’re headed north on Interstate 45 this weekend. The main action should reside well north of Houston, but at some point a line of showers and thunderstorms (some potentially strong) will move through the metro area. My main concerns are some locally heavy rainfall (can’t rule out a bullseye of 3+ inches) or some damaging winds.

For the most part, however, I’d expect most of Houston to get 0.5 to 2.0 inches of rain, probably mostly between Saturday evening and Sunday morning. Don’t hold us to that timing yet, please. Asides from the storms, we expect both Saturday and Sunday to bring partly sunny skies, with highs in the mid- to upper-80s.

As high pressure builds over Houston, we’re likely to see warmer weather, with rain chances down in the 10 to 20 percent range—if that. I expect we’ll start to see more 90-degree days as next week wears on, and our first real taste of summer proper in Houston. I fear we’ve seen our last front of the spring.