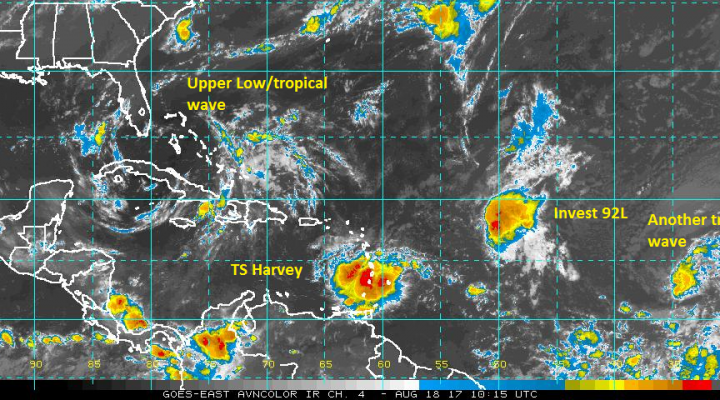 Lots to get to today, including Monday’s eclipse and the tropics. But first, we have some breaking news: August in Houston is brutal. It continues in 2017 like almost every other August. Our last 5 days have seen high temperatures of 97°, 96°, 97°, 96°, and 97°. By that metric, today should see a high temperature of 96°, right? Potentially. These temperatures, while blistering hot, aren’t a whole lot hotter than normal. But when combined with the humidity, it’s felt pretty terrible. This will mostly continue.

Lather, rinse, repeat. This forecast should be pretty straightforward. Expect sunshine and hot, humid weather. High temperatures will top off in the mid or upper 90s. We’re running just a little cooler this morning than we have seen lately, so perhaps we can avoid more Heat Advisories today or tomorrow. Regardless of whether we do or not, take it easy outdoors. An isolated downpour is entirely possible on any given afternoon in one or two spots. The best chance for this would probably be on Sunday.

The more I watch Monday’s forecast the more I get a little uneasy. Now, I still think the vast majority of the region will have a fine opportunity to view our partial eclipse. But I’m watching a tropical wave and upper level low moving across the Gulf early next week. The timing of the arrival of the leading edge of this disturbance is Monday afternoon. Models insist the best available moisture for the most clouds will remain out over the Gulf to our east. That’s encouraging. So for now, we’re going to continue to spin the forecast optimistically. Yes, a chance of a downpour or thunderstorm will exist in the area, especially south and east of Houston by eclipse time. But I suspect we aren’t going to see too many serious clouds. So, I feel optimistic, but we’ll be watching the evolution of this forecast closely through the weekend. 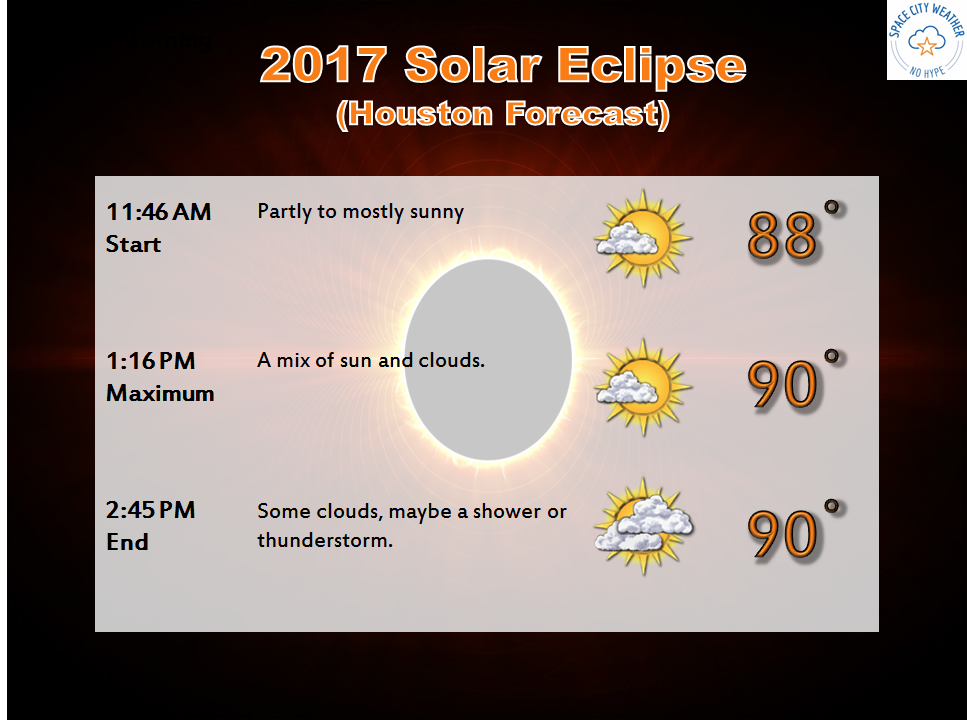 Elsewhere across East Texas, other than passing cumulus clouds, it looks pretty good. For those of you traveling to another state, here’s an update: 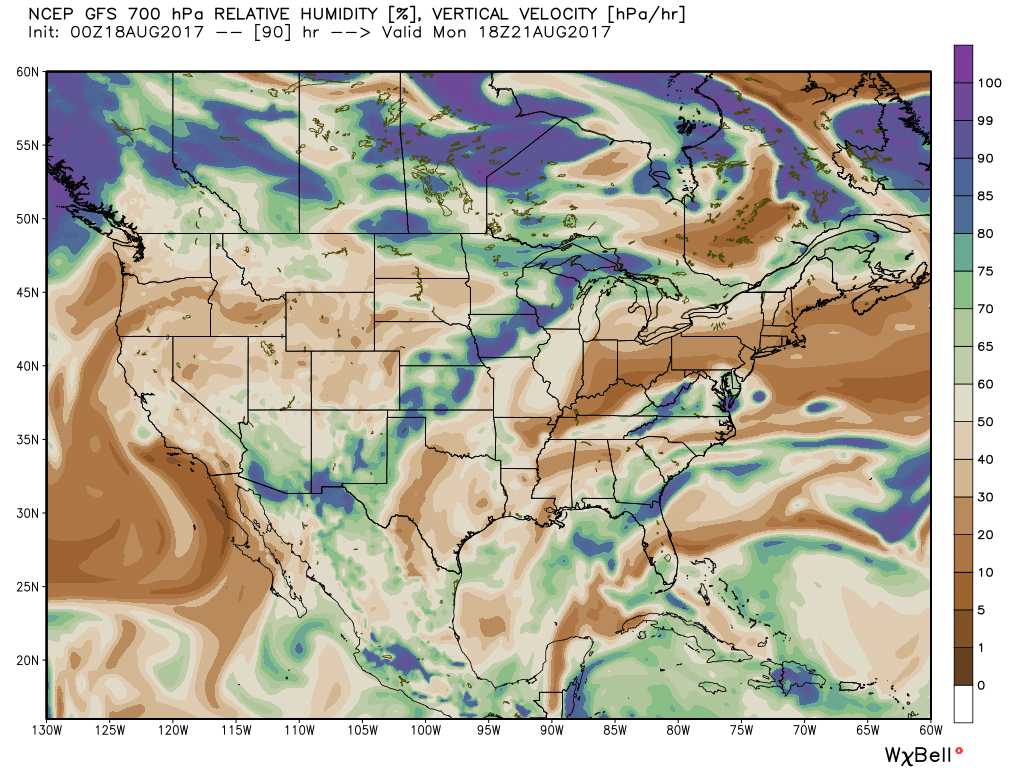 Green and purple on this map indicates the best chance for clouds and/or showers during the eclipse. (Weather Bell)

Washington, Oregon, and Idaho may see some low clouds or haze issues in spots, but Wyoming and western Nebraska look good. Eastern Nebraska into northwest Missouri has the best shot at cloud cover it appears. Conditions should improve near the peak eclipse spots of southern Illinois and Kentucky. A few showers may be possible in the Southeast, but I suspect they’ll be hit or miss.