Roughly three and a half months ago, Houstonians took to social media late into the night to post frightening pictures and harrowing accounts of flooding devastating the city. Houstonians took to social media again late into last night and early this morning, this time to post festive pictures and share (mostly) joyous accounts of about as good a snow event as you could hope for in Southeast Texas.

As I write this, we don’t have official totals in yet, but based on pictures from all over, it looks like anywhere from a coating to 2″, give or take, in most of the Houston area. Obviously, College Station did quite well last night. They received 5″ officially, which would rank it their second biggest snow on record.

I know some people aren’t exactly overjoyed at the snow, especially those commuting early this morning. If you’re one of those folks, the good news is that most, if not all of the snow will be gone by about 9 AM. 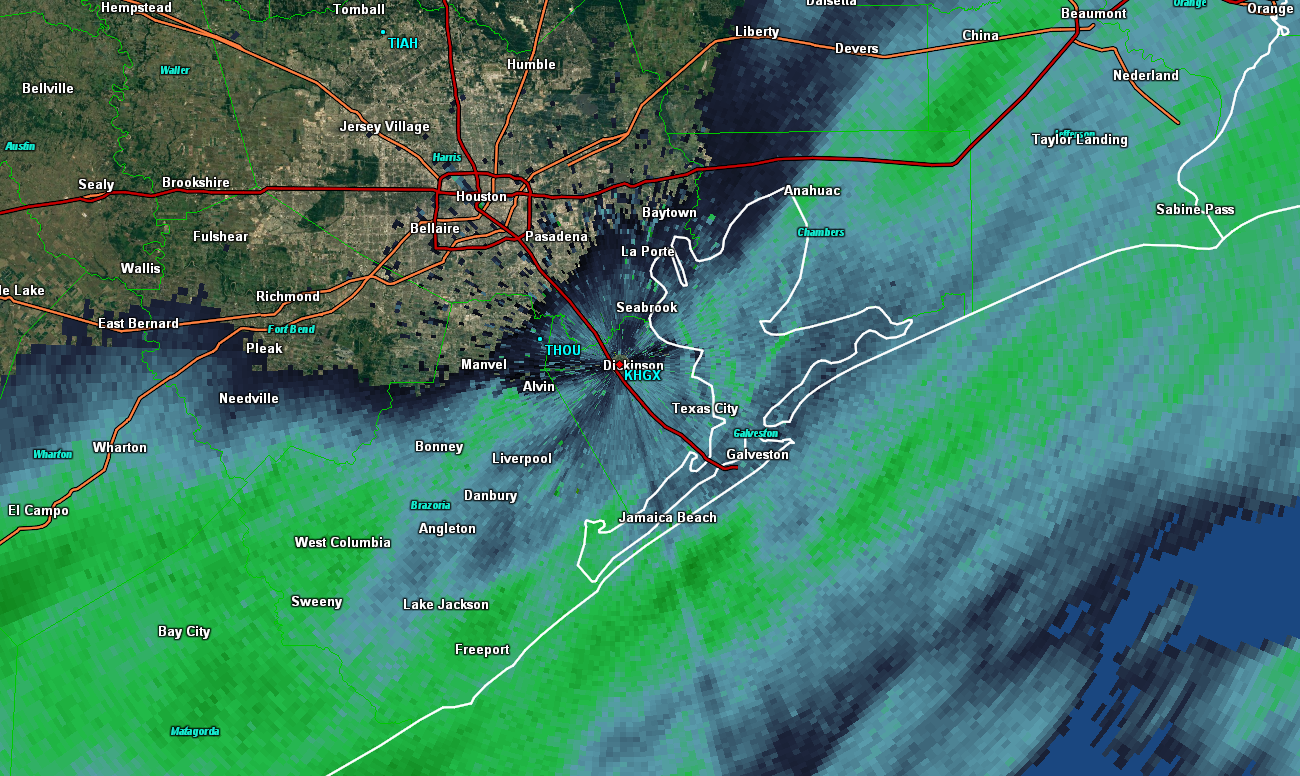 Radar as of 6 AM shows lingering light snow near the coast and Bay Area. Snow should end completely by 7 AM or so. (GRLevel3)

That said, roads are icy in spots this morning, especially the flyovers on freeways. Use extreme caution while commuting. Any icy patches should dissipate as we warm above freezing by 7-8 AM. Temperatures will actually rise now that the snow has ended.

Our crews are out all over the district treating roads. Please watch out for them. Also, go to https://t.co/pBfQNqF1tw for road condition updates. #houstonsnow #HOUTraffic pic.twitter.com/ALyzQ6WnWy

As we go through the rest of the morning, expect to see mainly cloudy skies. But things will get noticeably brighter as we work toward afternoon, and I think hopefully by Noon or so, Houston will see the sun again for the first time since before this cold snap began.

Note: In our second installment of the Space City Rewind, we tackle the biggest snow on record in Southeast Texas. Our first installment about the November 1992 tornado outbreak can be found here.

“All of Wednesday night polar spirits swept the earth until boundless snow had deformed the withered heath and the people of this section for the first time within the memory of the oldest inhabitant, looked out upon nature fringed with a beard made white with other snows than those of age.” – Brenham Daily Banner, February 15, 1895

Back on Christmas Eve in 2004, much of South Texas was blanketed in white, as a perfect setup to create a miraculous White Christmas occurred. Galveston received four inches of snow, Angleton six inches, Friendswood three inches, and Bay City 8-10 inches. While the 2004 Christmas Eve miracle stands almost on its own for modern Southeast Texas snowstorms, the great Valentine’s Day snow of 1895 stands alone as Southeast Texas’s and the Gulf Coast’s greatest snowstorm of all-time. The following interactive map shows snow totals from this remarkable event, which affected a swath from Texas to Maryland.

Above: An interactive map with snow reports and some details from the 1895 storm

So why did this event occur? How disruptive was it for coastal residents? Will we ever see its like again? Put your feet up, because the latest installment of the Space City Rewind takes you back to the 19th Century: The Great Snowstorm of Valentine’s Day 1895.