After Tuesday’s stellar weather, conditions will turn a little bit warmer before a cold front sweeps into the area toward the end of the week. The big question remains when this will happen—anywhere from early to late Friday—and this timing will help determine how wet things get in Houston.

Most of the region is starting out this morning somewhere in the neighborhood of 60 degrees. An east wind will turn southeasterly later today, allowing for the onshore flow to resume. Winds could become a bit gusty this afternoon. All in all, however, this still should be a pretty nice fall day with high temperatures tickling 80 degrees and mostly sunny skies. Lows tonight should fall into the mid-60s for central Houston, a bit warmer to the north, and a bit cooler to the south. 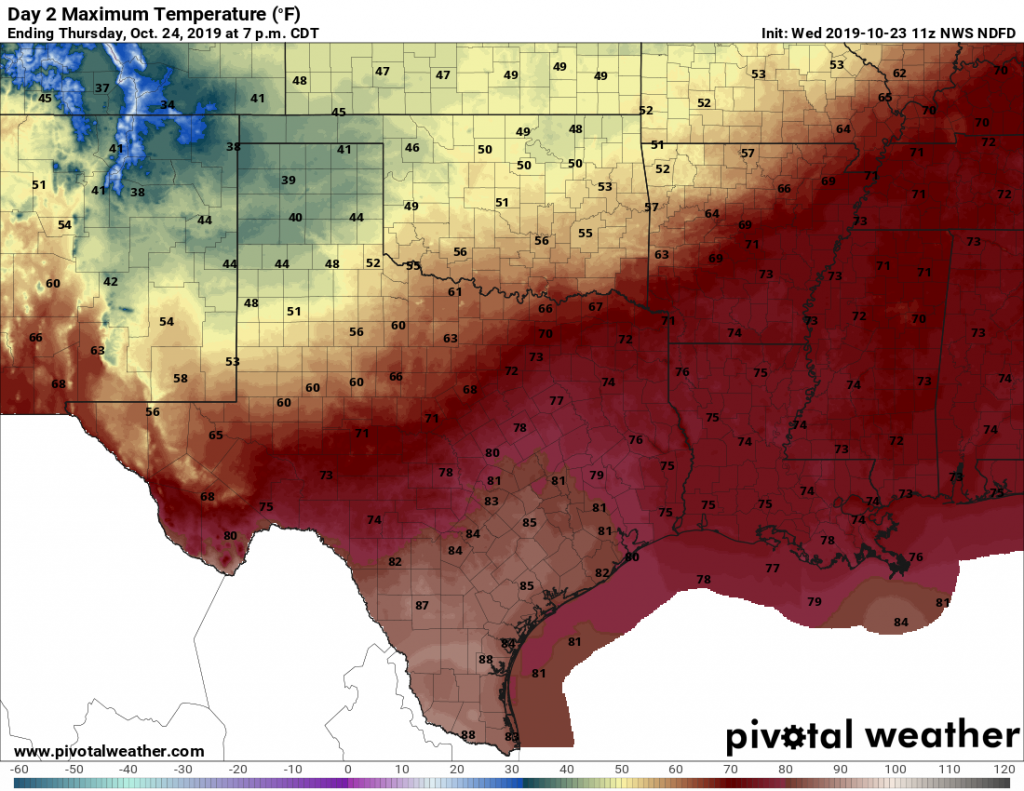 Highs Thursday will reach the 80s for much of Texas ahead of the next cold front. (Pivotal Weather)

This should be a more cloudy affair, as moisture begins to stream inland. This will augur the potential for some heavier rain, but for now this appears unlikely before sunset, and most likely after midnight. Highs Thursday will be in the low 80s, with ample humidity, and lows Thursday night probably won’t drop much below 70 degrees.

Friday is the big question mark. Simultaneously, a cold front will be moving southeast across the plains toward Houston, and a tropical wave will be pulling north from the Bay of Campeche. The amount of rainfall the region gets will be dependent upon the timing of these two systems, which remains hard to pin down. Our best guess is this setup makes for a wet period between late Thursday night and early Friday afternoon, with perhaps 0.5 to 2.0 inches of rainfall inland, and 2.0 to 4.0 inches along the coast, making for a wet end to the week. For now, we’ll predict a frontal passage around noon, but there remains some uncertainty in this. This will be a fairly strong front, with temperatures falling as the front passes. 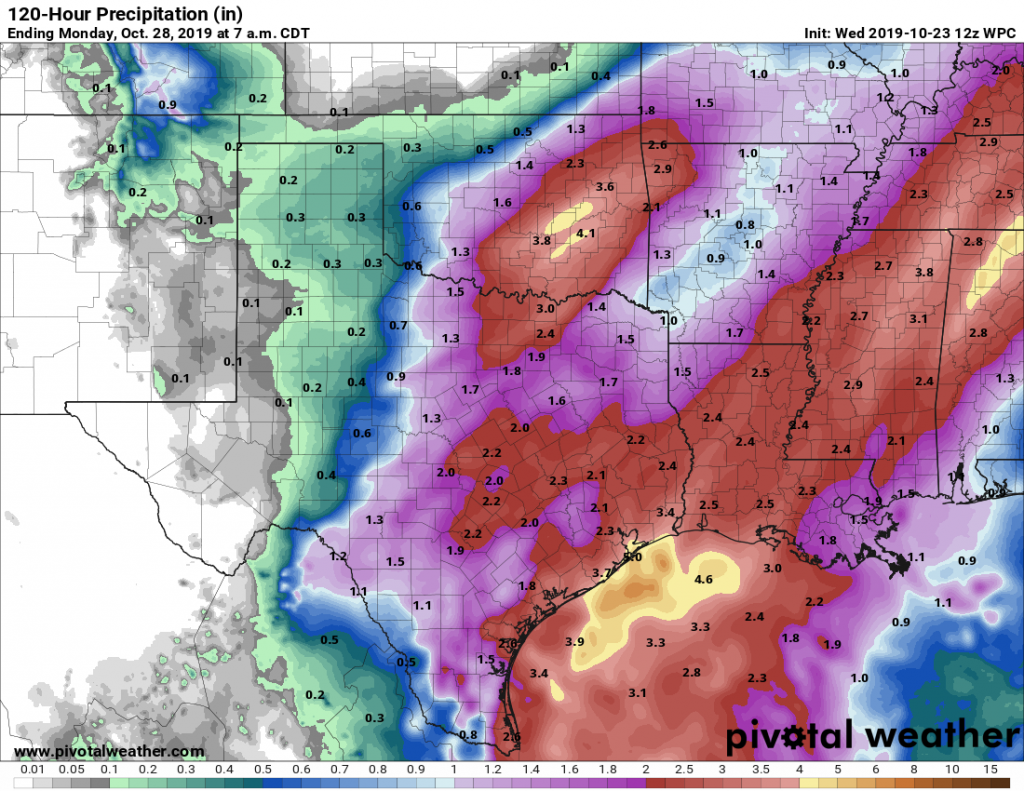 Thursday night and Friday have the potential to be wet, as this rain accumulation map shows. (Pivotal Weather)

Most likely, skies will clear out sometime on Friday night or Saturday morning, assuming a clean frontal passage. This will lead to mostly sunny skies by mid- or late-Saturday morning, with highs of around 70 degrees. This is our best guess at this point. Lows Saturday night will probably drop to around 50 degrees in Houston, cooler inland, warmer along the coast.

There’s a high probability of this being an exceptional fall day, with highs in the 70s and mostly sunny skies.

Look for a warm-up beginning on Monday or so before another front arrives later next week. The most likely scenario is that this front arrives on or before Halloween, making for a cool and dry evening for trick-or-treating. But am I ready to predict that with any confidence? I most certainly am not.