Good morning. Some coastal and inland counties are seeing dense fog this morning, which should lift by around 8 or 9 am. A dense fog advisory is in effect from the National Weather Service. Cooler weather is ahead.

This morning’s fog is due to Monday’s brief cool front moving back in from the Gulf of Mexico, bringing, warm, muggy air with it. Fortunately another, stronger front is now moving toward the greater Houston area, and it should push through sometime this evening. Before the front arrives there’s a chance of scattered showers and possibly a few thunderstorms. We should see highs in the upper 70s today under partly to mostly cloudy skies. Drier air from the front is unlikely before sunset.

Get ready for some spectacular, cooler weather to end November and kick off December. It looks like we’ll see highs in the upper 60s to 70 degrees, with sunny skies, and moderate winds. Overnight lows should fall into the 40s, except for areas immediately along the coast. 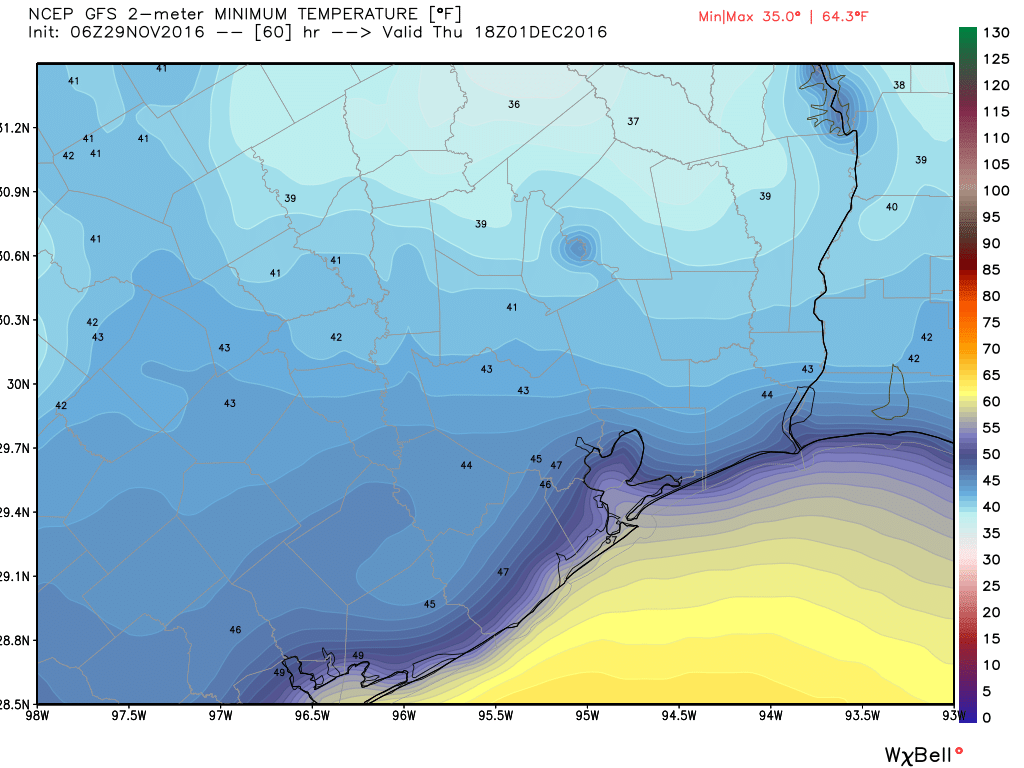 Thursday morning should dawn nice and chilly across the Houston area. (Weather Bell)

After what will likely be a clear and cool morning, some moisture should begin returning from the Gulf of Mexico on Friday, leading to scattered showers, partly cloudy skies and highs likely in the upper 60s. More significantly, lower pressures will approach the Texas coast from the west (due to a storm system over Mexico), and combined with the increasing moisture levels this could set the stage for a wet weekend.

The details remain unclear. However both of the main global models, the GFS and European, show light to moderate rains beginning on Saturday morning and persisting, on and off, through about Monday. The European model shows an accumulation of 3 to 5 inches of rain during that time frame, whereas the GFS model shows a bit less, with 2 to 3.5 inches across the area. I think it’s probably reasonable for most areas to expect about 3 inches, or more. 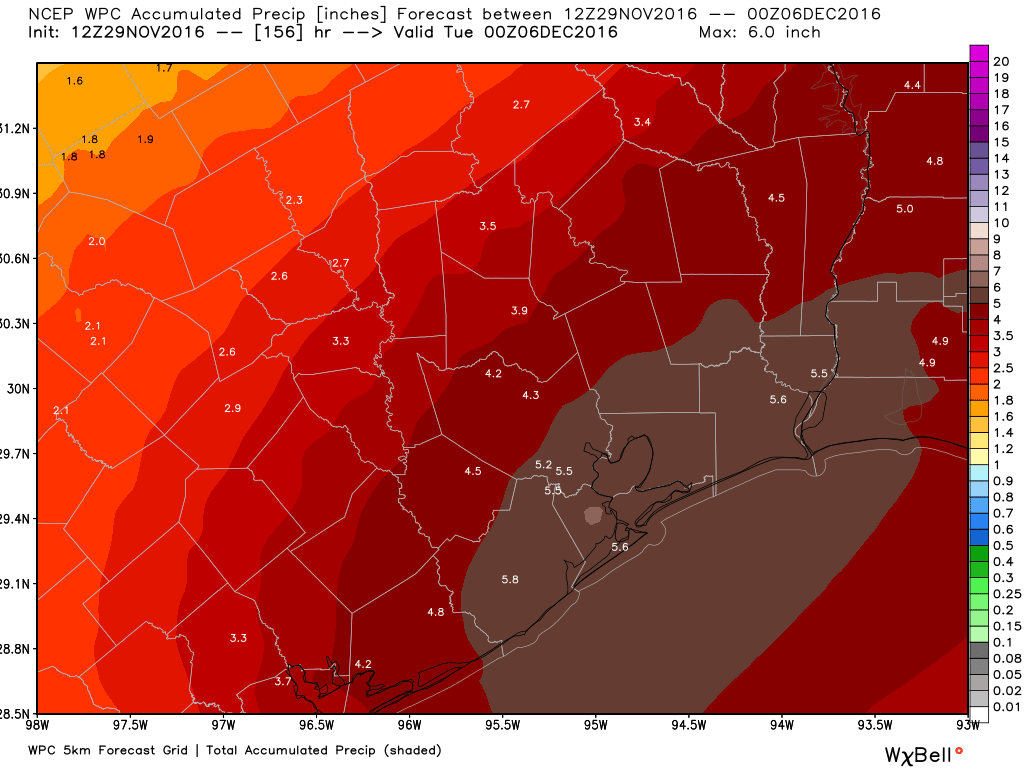 Here is the rain accumulation forecast for now through Monday from NOAA. (Weather Bell)

I think the bottom line at this point is that rain chances this weekend are high, with temperatures likely to climb only to about 60 degrees, and lows of around 50 degrees. Any outdoor activities will face the threat of showers. Unfortunately right now it is not possible to pinpoint when the rain chances are highest on Saturday or Sunday. They seem pretty high for the whole weekend. Right now accumulations are such that flooding should not become too significant of an issue, but we’ll of course keep any eye on that for you.

Posted at 6:40am CT on Tuesday by Eric

3 thoughts on “Houston will turn cooler Wednesday, but look for widespread rain this weekend”