Well, that was nice while it lasted. Sunshine broke out across much of the area Monday, making for a beautiful afternoon and sunset. Unfortunately we are already seeing some light rain showers off to the southwest of Houston, and we’ll see more on-and-off rain chances through Thursday morning before we get another outbreak of pleasant weather. 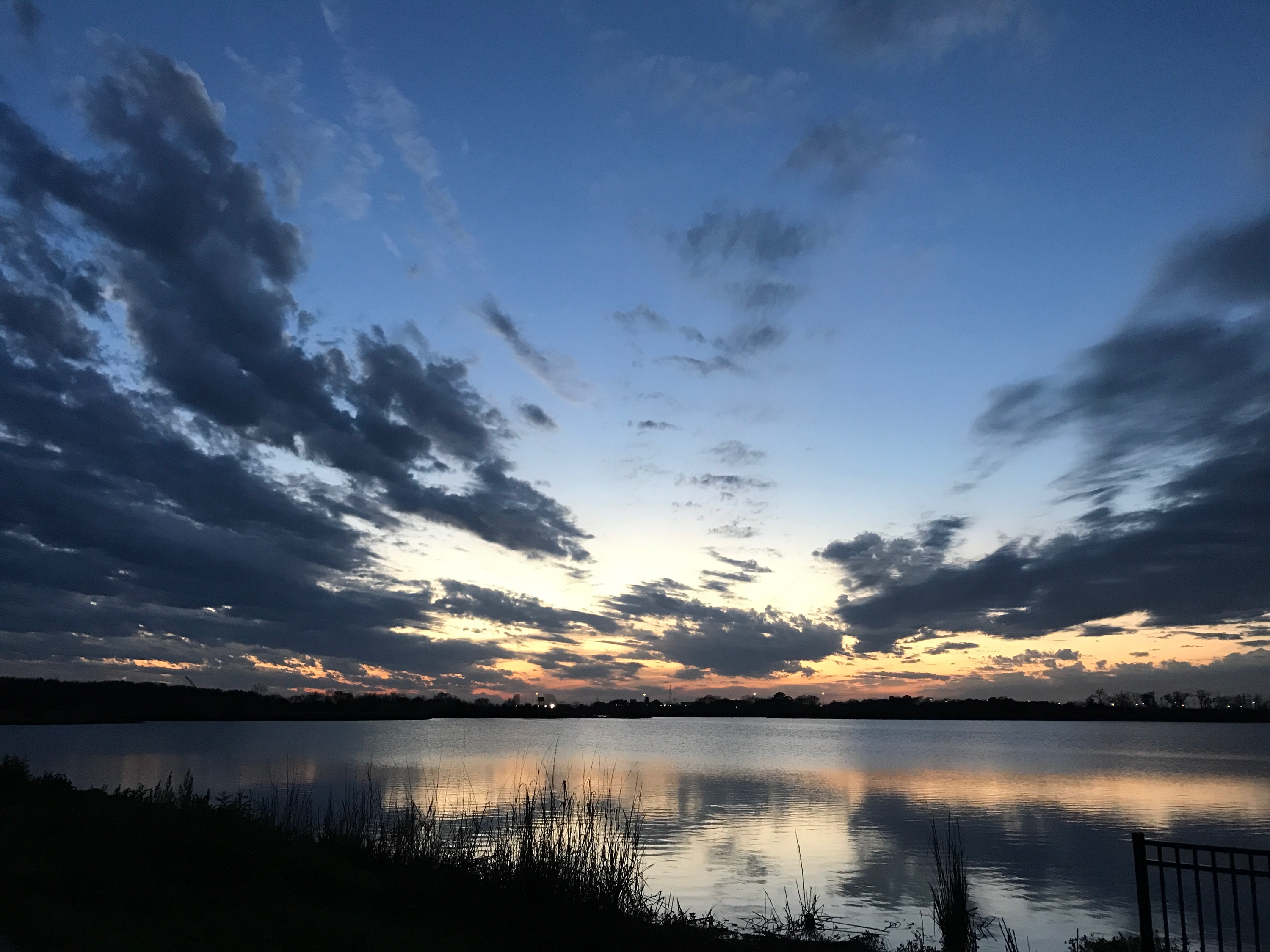 Clear skies to end the day on Monday. (Amanda Berger)

A warm front is moving back onshore, bringing with it humidity and moisture into the Houston area. As this warm front moves inland today, it will generate some scattered showers, which mostly will be light. Under mostly cloudy skies we can expect highs in the upper 70s, with a warm night. Some areas along the coast might not fall below 70 degrees (this will flirt with record high minimum temperatures for Galveston, for this time of year, that were set in 2017).

This should be a warm, mostly cloudy day. Despite the absence of sunshine for most of the day, I think we’ll still see temperatures pushing into the lower 80s. A few scattered showers are possible, but I think that rain will hold off for most people until a front approaches the area Wednesday night. There is the potential for severe weather with this system as it moves southward through Texas, Arkansas, and Louisiana, but it appears these storms will remain to the north of Houston, as the air becomes more stable closer to the coast.

For Houston, we can expect to see a line of showers and thunderstorms as the front moves through during the overnight hours on Wednesday, and pushes off the coast Thursday morning. Overall rain accumulations should be about one-quarter of an inch, or less, for most people. This is a good thing, as the San Jacinto and Trinity river basins are facing some moderate flood stages.

After the front moves offshore, Houston should see drier air moving in on Thursday, and this should help deliver some partly sunny skies during the afternoon hours, and mostly sunny skies on Friday. Highs both days will probably be around 70 degrees, with overnight lows in the upper 40s for areas well inland, and upper 50s closer to the coast. These will be great days!

After a cool night, highs on Saturday should climb to near 70 degrees. I’m still hoping that we’ll see some sunshine during the day on Saturday, but certainly clouds will be moving back in, as moisture returns from the Gulf of Mexico. We also can’t rule out a few scattered showers later in the day.

By Saturday night into Sunday we’ll fall back into this warm, somewhat stagnant pattern of warmer nights, days in the upper 70s under mostly cloudy skies, and moderate rain chances. The next front probably will come through sometime on Tuesday, but it’s difficult to judge how strong that one will be.

11 thoughts on “Houston goes back under the clouds, for now”