Pinch yourself, Houston. It’s July. It’s the beginning of the very hottest time of the year. And remarkably, it’s going to feel somewhat dry outside.

A bonafide front pushed through the region during the overnight hours, and into the Gulf of Mexico. Now we aren’t going to see significant cooling during the daytime with this front—the ground is just too warm, the sun is too high in the sky for too long, and there just isn’t that cool of an air mass over the southern United States during the middle of summer. But what we will see is a northerly flow and significantly drier air. You’ll begin to feel this tonight, and it will be pretty amazing for this time of year. 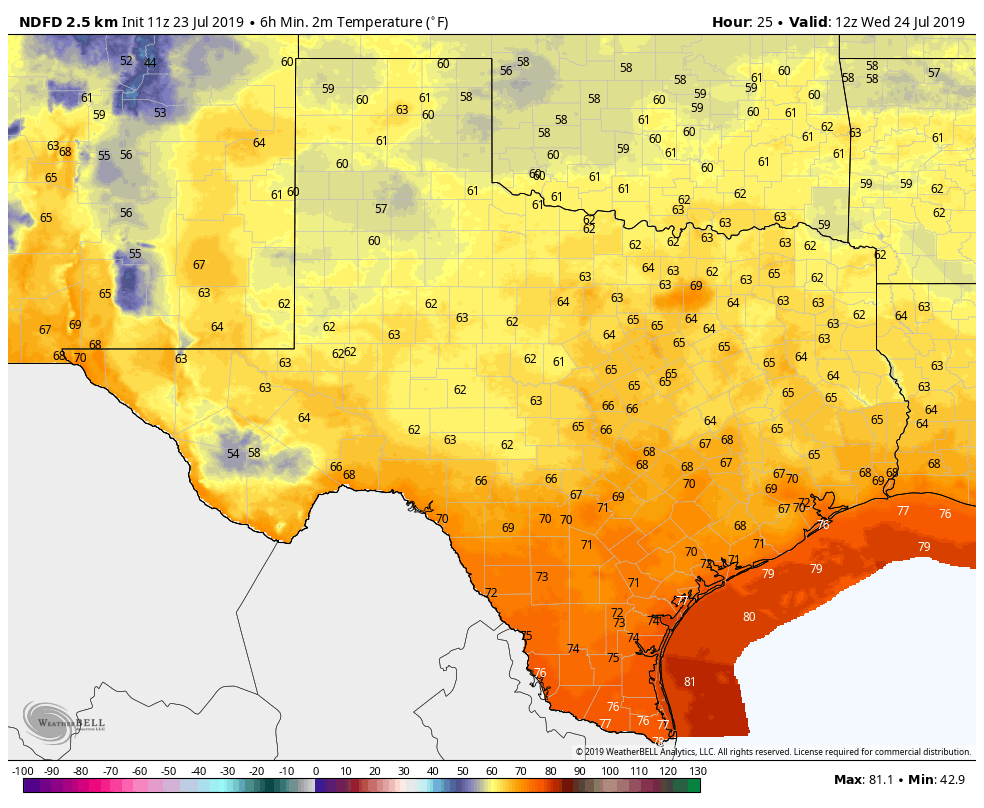 Low temperatures on Wednesday morning for Texas will be something else for July. (Weather Bell)

The front blew through with only scattered showers. The high-resolution models had been trending drier, and the bulk of the storm activity remained offshore. The same models are indicating we may see some brief redevelopment this morning between Interstate 10 and the coast, but after that the atmosphere should really begin to dry out. Highs today will be around 90 degrees with partly to mostly cloudy skies. Skies will clear later today or this evening, and lows should get down to around 70 for most of Houston.

This day will be the pick of the litter. Under full sunshine, highs on Wednesday will only climb to about 90 degrees, and with dewpoints generally in the 50s, it will actually feel like 90 degrees rather than in the 100s. Wednesday night should be the “coolest” and driest of the week, with lows falling into the 60s for inland parts of the metro area, and low 70s along the coast. The record low at Bush Intercontinental Airport for July 24 is 68 degrees, and that may be within reach for the airport. We’ll see. 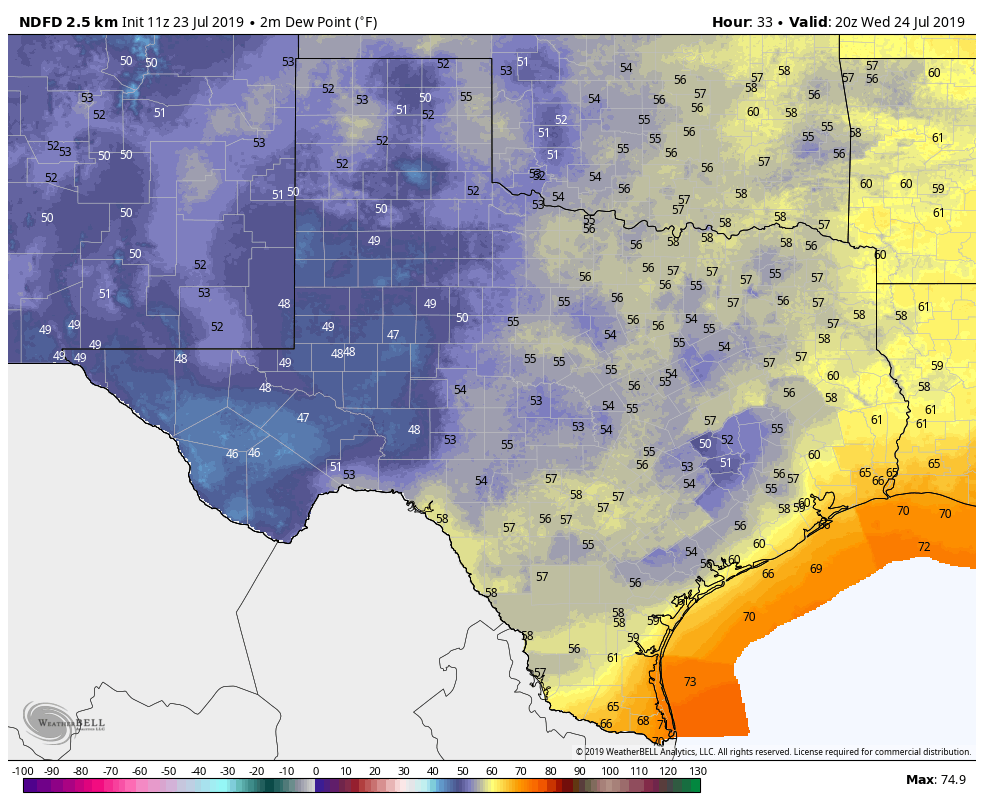 Dewpoints on Wednesday afternoon will be, dare we say it, comfortable? (Weather Bell)

Conditions will be a little bit warmer, and a little bit more humid these two days, but conditions should still be nice for the metro area. We’re talking low 90s during the day, and low- to mid-70s at night, with lots of sunshine.

All good things must end, especially the fleeting phenomenon of a July cool front. By later on Friday, onshore winds should kick in, and by Saturday we’ll fall back into a much more typical summertime pattern. Highs this weekend should be in the low 90s, with partly sunny skies, and plenty of humidity. Rain chances will also be on the rise, likely in the 40 to 50 percent chance for the weekend. Accumulations look decidedly modest, however, likely 0 to 0.5 inches for most. This pattern will likely persist into early next week.

19 thoughts on “Houston’s weather will be—dare we say it?—comfortable in July”