For much of the Houston area, the first day of widespread rainfall from the tropical storm formerly known as Imelda has been mostly a non-issue. Large swaths of the metro area north of Interstate 10 have received less than one-half an inch of rainfall. Count yourselves lucky. Parts of southern Brazoria County, as well as the Alvin, Clear Lake, Pearland, and Friendswood areas have received 6 to 8 inches of rainfall over the last 24 hours. Soils south of Houston are sodden, and some stretches of Clear Creek are nearing their bankfulls. 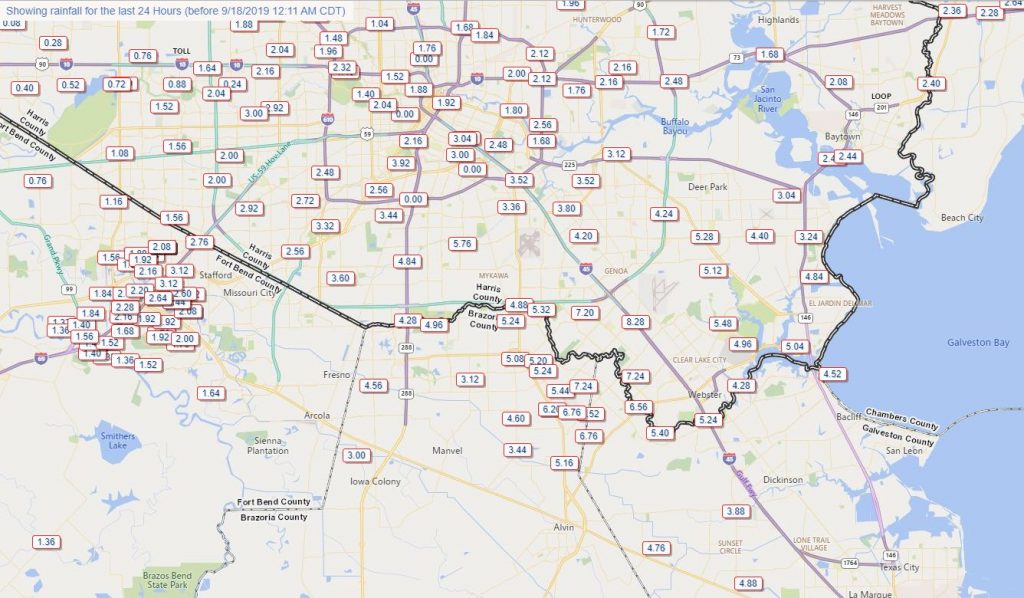 As of shortly after midnight, Imelda’s “center” appears to have moved almost directly over Sugar Land as it slowly wobbles northward across the Houston metro area. This “drunken sailor” motion will probably continue for the next day or so as the system slowly lifts northward. Looking at the radar at this time, there are several clusters of fairly heavy showers and thunderstorms, particularly right along the coast, moving from Brazoria County toward Galveston County. 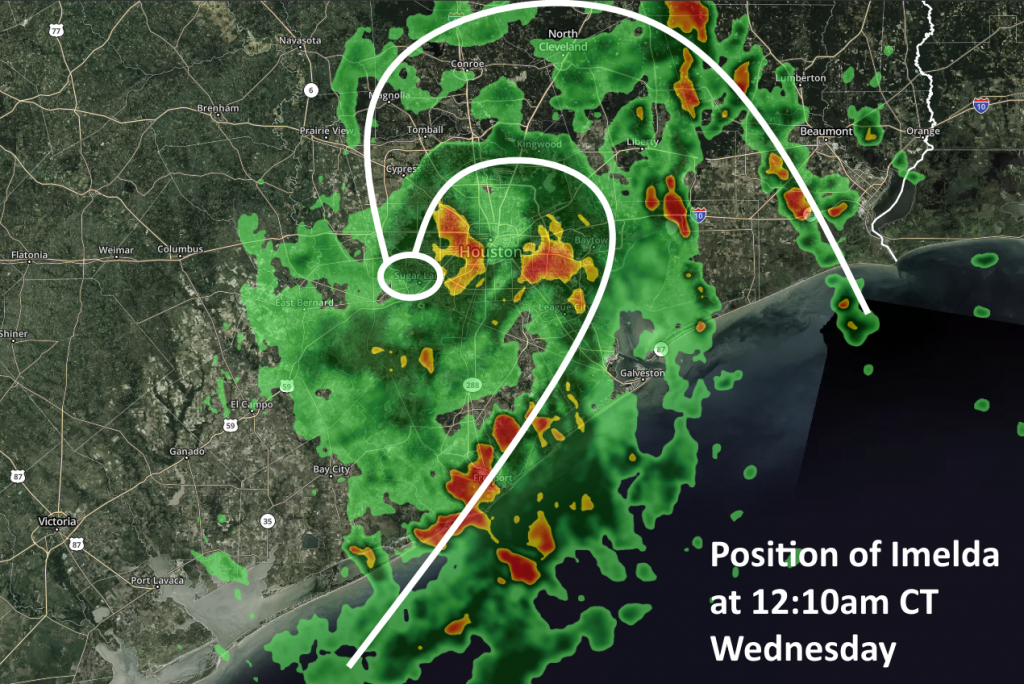 Imelda’s position as of 12:10am CT Wednesday. (kktv.com/Space City Weather)

But fortunately we have yet to see the really intense rainfall rates of 2.5 to 5 inches per hour that can quickly back up bayous, roads, and flood yards. For the rest of the night, some of the high resolution models are continuing to show rain showers really blowing up between midnight and mid-morning Wednesday, but so far we’re not seeing that really verify on radar. However, the scencario remains plausible given the highly efficient moisture transfer by Imelda from the Gulf inland, along with plenty of atmospheric instability. The biggest area for concern is probably south and east of Interstate 69 for the rest of the night.

As for Wednesday and Thursday, both days will have the potential for heavy rainfall. Hard to say which has the higher potential, but for now I’d probably go with Wednesday as the system should really begin to pull away from Houston on Thursday.

13 thoughts on “Imelda dissipating over Houston, but heavy rains likely to persist”