Houston’s high temperature has reached 100 degrees four times during the last eight days, which almost meets our “normal” quota for the total number of these days during a calendar year. Now, fortunately, we’ll take a slight step back this week with the heat, and also return some welcome rain chances to the forecast. Not everyone will get rain this week (sorry), but I expect most of the region to pick up between 0.25 and 0.75 inch of rain between now and next time this week. This should also help with African dust levels, as discussed below. 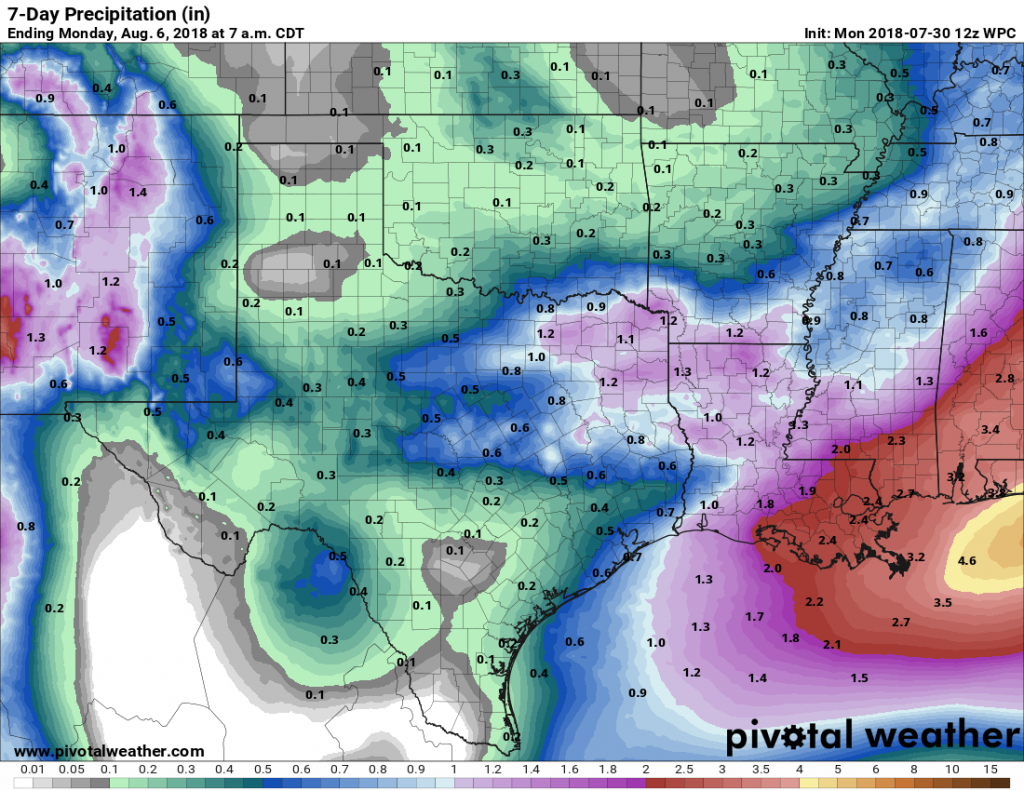 Rain chances this week are better for East Texas than the Houston region. (Pivotal Weather)

This will be another warm day for Houston, with high temperatures in the upper 90s, and clear skies this morning. However, some clouds should work their way into our skies this afternoon, and the eastern side of the city will see some moderate rain chances—perhaps 20 to 30 percent as some storms moved into the region from Louisiana. At the same time, a weak cold front will be moving down the north of the state, and this will bring some additional instability into the area, and portend better rain chances on Tuesday.

For the first time in what seems like weeks, skies should be mostly cloudy rather than mostly sunny. This, alone, should help keep high temperatures in the low 90s. Conditions aren’t perfect for rainfall, but the stalling front combined with surface moisture should be enough to generate some showers and thunderstorms for parts of the region. Again, accumulations won’t be too significant, but after a dry spell during the second half of July anything will be welcome.

Medium-range forecast models indicate that an upper-level disturbance or two will move into the region this weekend. This should bring some clouds back for the weekend (although we’ll still see some sunshine), and probably some scattered showers and thunderstorms. For this reason we can probably expect highs to drop down a tad, into the lower 90s. Rain chances will be hit or miss, so I wouldn’t cancel those outdoor plans just yet. We’ll do our best to refine the forecast as the weekend nears. 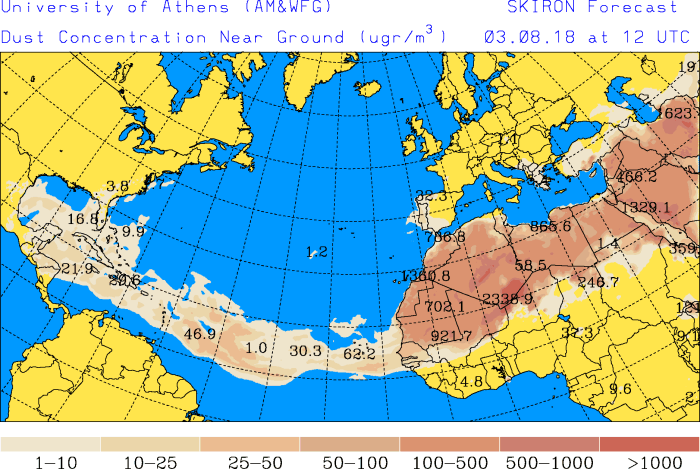 We’ve received several questions about African dust, which is playing havoc with allergies. Forecast models suggest low-levels of dust will remain for the next few days, but levels should fall to near zero by Thursday or Friday. Widespread rain Tuesday would certainly help with this.