All good things must come to an end, and we are quickly nearing the end of spring-like weather in Houston. But before the humidity comes to the region for good this summer, we should look back and appreciate the month of April—which had a succession of cool fronts that kept the humidity consistently in check, and mostly kept daytime highs in the 70s and low 80s. Moreover, the majority of nighttime temperatures this month were in the 50s (as can be seen below). After this morning, I’m not sure we’ll see another overnight low in the 50s until September or even October. 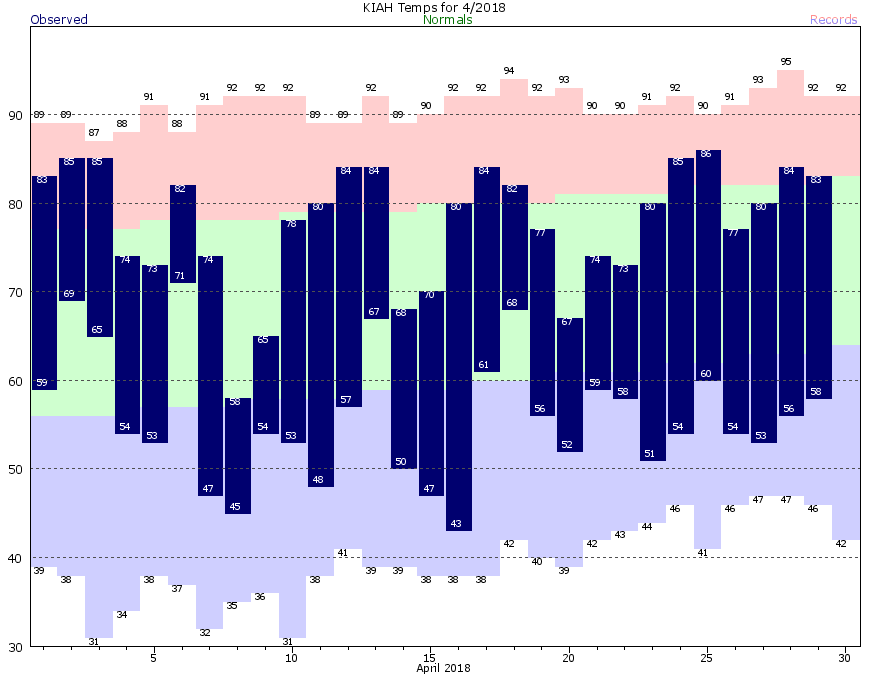 Onshore winds are really going to ramp up today, in response to lower pressures over the western United States. Effectively, this means gusty southerly winds (perhaps up to around 20mph) rising humidity levels, and muggier overnight temperatures. Highs on Monday and Tuesday will probably remain around 80 degrees under partly sunny skies, but overnight temperatures are going to jump up to around 70 degrees as mostly cloudy skies help lock in daytime heat.

Eventually, as the moisture piles up across the region, we’ll see some slightly better rain chances during the middle of the week. By then I think a lot of us will want some steady rainfall for our yards, but I’m not sure that is in the cards. Rather, I think we’re going to get a couple of mostly cloudy, warm days in the mid-80s, with only scattered rain chances.

The end of the week will remain warm, with mostly cloudy skies, but rain chances should improve as a modest cool front approaches Houston. Over the course of Friday and Saturday I think most of the Houston region should see between one-quarter and three-quarters of an inch of rain, but I’m not overly confident in that prediction. At some point—Saturday night, perhaps?—the front should push through Houston and bring some less humid air into the region. 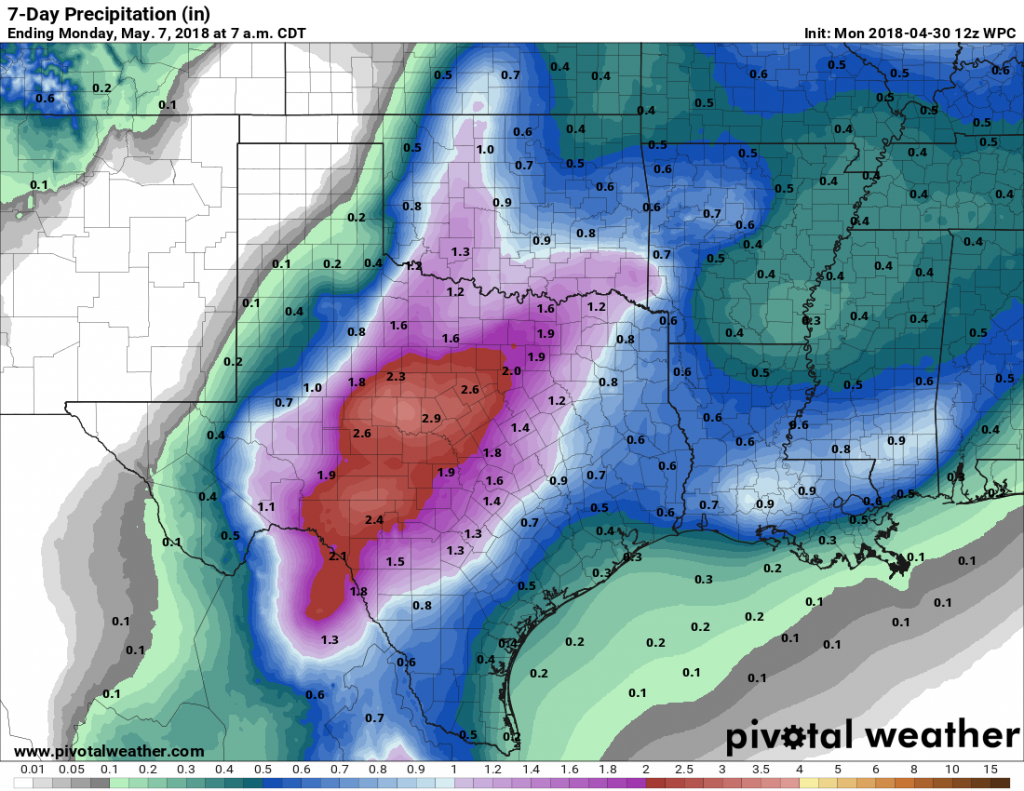 Rain accumulations for this week should mostly occur on Friday and Saturday. (Pivotal Weather)

This won’t be a particularly strong front, but if it makes it through Saturday night, next Sunday and Monday have a chance to be pretty nice. We might see highs in the low 80s, mostly sunny skies, and overnight lows in the 60s.