Tropical Storm Michael has formed in the northern Caribbean Sea, and it will move into the Gulf of Mexico and threaten the United States during the coming week. As we have said for several days now, the storm will have no direct effects on Texas—although we will be the beneficiary of some drier air on its back side later this week.

However, Michael now appears likely to become a hurricane, and so I wanted to post for those traveling east this week, or those with family or friends along the northern Gulf of Mexico coast. The models are in good agreement about the track of Michael, and a landfall along the Florida Panhandle on Wednesday seems most likely. 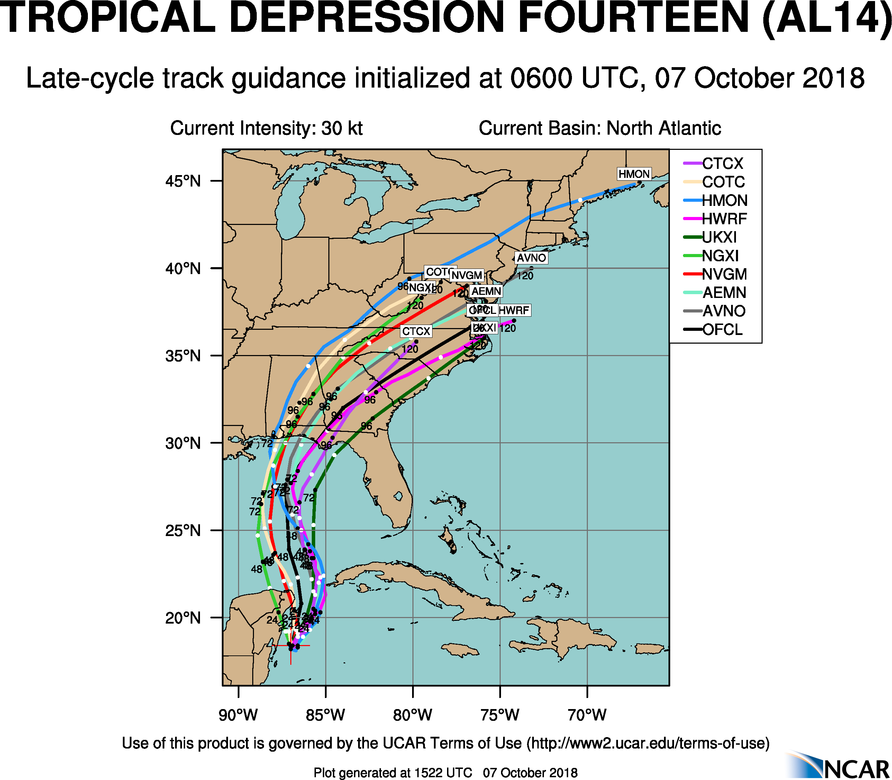 Track model forecast for Michael as of Sunday morning. (NCAR)

The bigger question in regard to Michael is intensity. At present, Michael is a minimal 40-mph tropical storm. However, as it moves away from the Yucatan peninsula, it will have an open ocean instead of land interactions, warmer waters, and lower wind shear. All of this is a recipe for intensification. The official forecast brings Michael to an 80-mph, Category 1 hurricane, but there is a fair amount of uncertainty. The bottom line is that, by Tuesday, coastal interests in Alabama and Florida need to be prepared for a landfalling hurricane—especially popular resorts in the Destin area. This storm will bring the threat of intense winds near its center, a surge to its east, and heavy rainfall.

We’ll be back in the morning with a full forecast for the Houston area. The next two weeks … look pretty amazing.