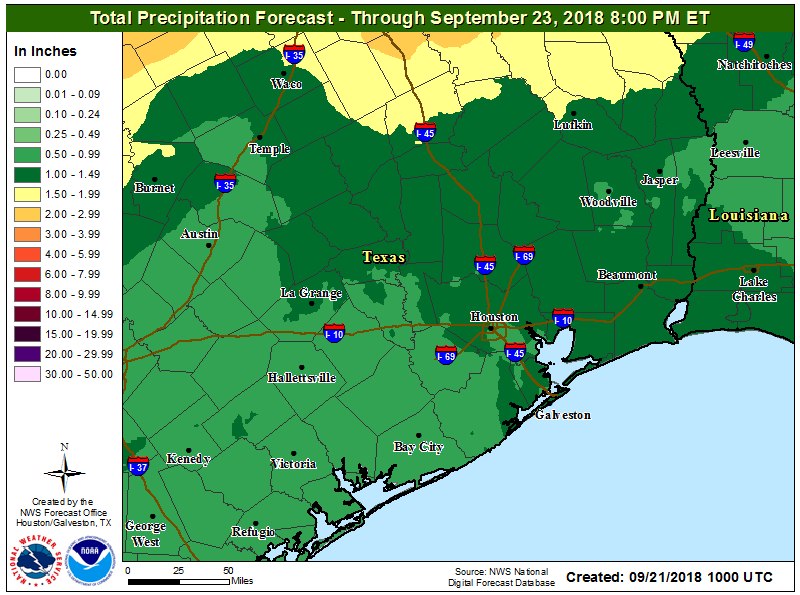 There are two questions I am anticipating we see rev up over the next week from our readers. 1.) Is hurricane season over for us? And 2.) When is autumn weather coming?

Starting with the second question, you’ve seen Eric write or either of us tweet about this potential cold front later next week. Before we get there, we’ve got several more days of warm, muggy, and unsettled weather to get through. The forecast from Monday through Wednesday looks pretty similar each day right now. Expect clouds and some sun, with scattered to numerous showers and thunderstorms each day, beginning near the coast in the morning and spreading inland during the afternoon. We will do mid- to upper-80s for highs and mid-70s for lows.

Unfortunately, the first opportunity at a cold front getting through here late next week is fading. Modeling has backed down on this risk 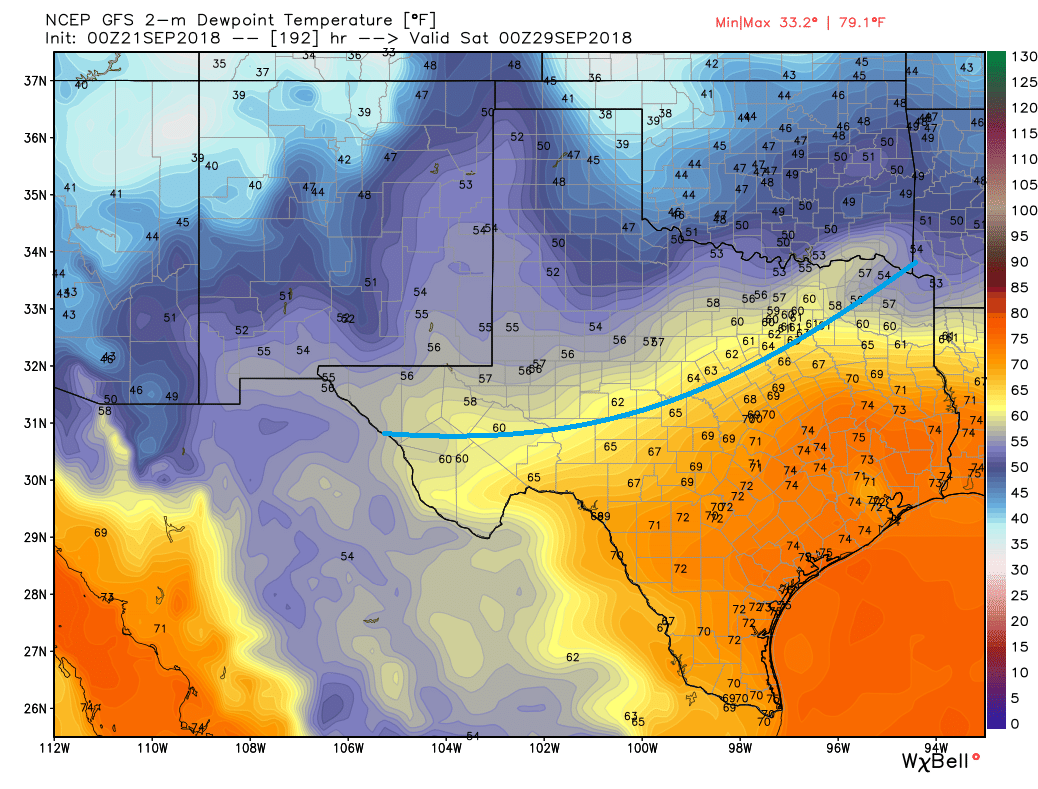 GFS model forecast for dewpoint next Friday evening shows the front struggling to get past North Texas. (Weather Bell)

Models suggest the front is going to get hung up in Oklahoma or North Texas next week, keeping us warm and humid with unsettled weather in South Texas. I do still think we will get a front through here soon, but we may have wait another few days for a chance around October 2nd. Patience is required this time of year.

Eric touched briefly on the tropics yesterday, and not much has changed today. For our purposes, it remains quiet. Across the Atlantic it’s beginning to shows signs of becoming more active again, but none of these systems pose any credible risk to us and the ceiling on how strong these systems become looks pretty low at this time. 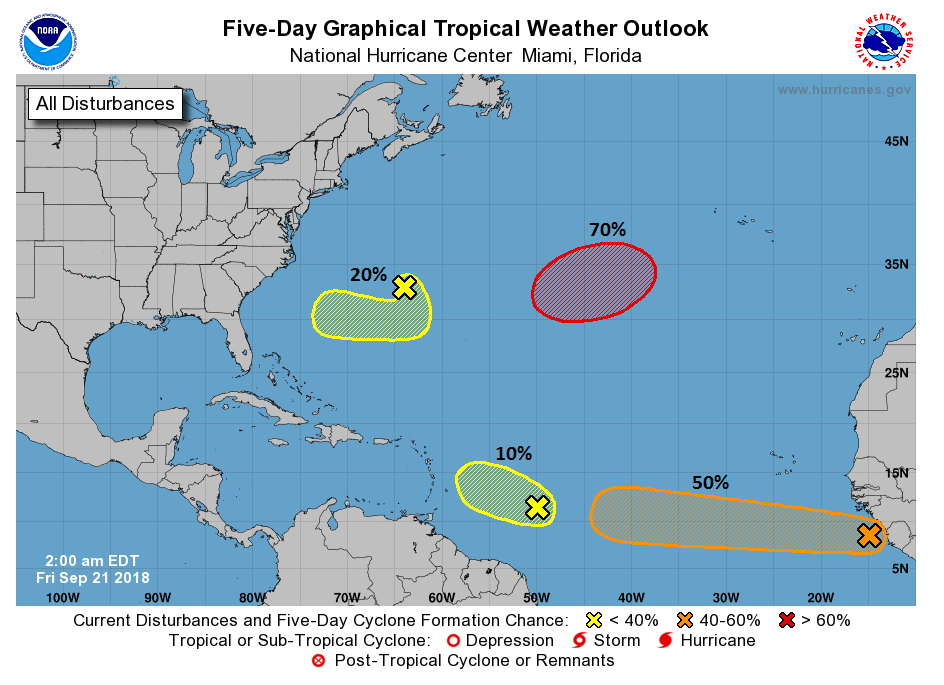 Numerous areas of interest for possible development over the next 5 days are highlighted by the National Hurricane Center. None is a concern for us in Texas. (NHC)

The main thing Eric and I will be monitoring is in the Caribbean. If we look at the modeling, it’s generally showing an increasing risk that something tries to develop in the southwest Caribbean in a little less than two weeks. That’s a climatologically favored area for tropical development in October. Usually, systems develop there and lift north toward Florida or the Bahamas. In this case, we don’t see any reason to think that won’t be what ends up happening. But, of course, if you’ll recall Hurricane Nate last October formed in that area and ultimately moved ashore in Mississippi, which is a little further west than usual.

All seven storms that have tracked near Texas in October since the 1850s have originated either in the Bay of Campeche, Central America, or the western Caribbean. (NOAA)

A quick history lesson: Texas has had seven tropical systems make landfall or pass nearby in October since the 1850s. That’s not many. The last was Hurricane Jerry in 1989. Prior to that, we had gone 50 years without one in October. But they’ve all originated in that general southwest Caribbean or Central America area. So while no reliable weather model shows anything of concern for us at this point, we’re keeping a passing glance on it, just to be safe. We’re very close to the finish line for our hurricane season in Texas, so we just want to make sure there are no last second stumbles.