A weak, dying cold front pushed through the Houston area on Saturday night—if you were awoken by storms, that was it—and this will set the stage for a couple of drier days. Initially, we expected this front to stall out near or over Houston, leading to more wet weather, but as it has pushed far enough east most areas should see a bit of a reprieve for a few days from the rain. 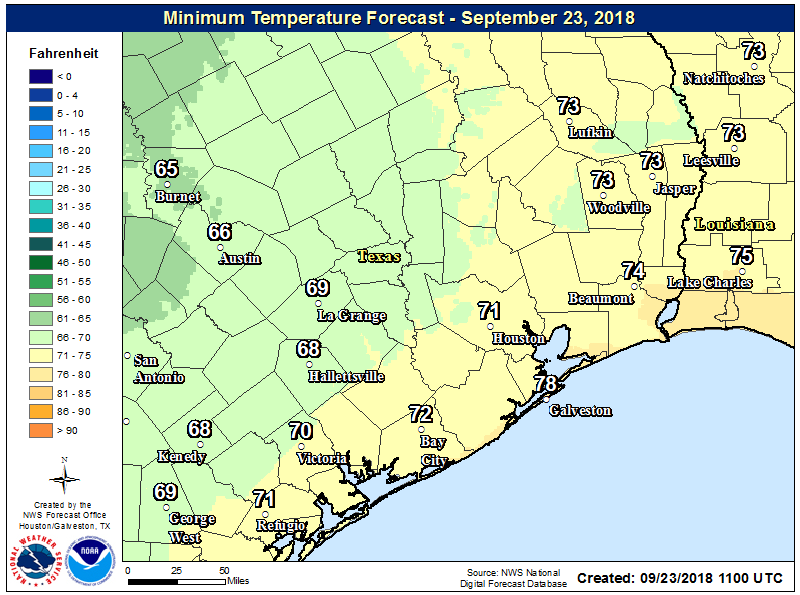 Low temperatures on Sunday morning are nice, especially to the west where the front made it. (National Weather Service)

Temperature wise it won’t make too much of a difference, with highs still near around 90 degrees on Sunday and Monday with partly sunny skies, but mornings and evenings should feel a bit more pleasant until the front slides back tomorrow some time.

After this we’ll fall back into a wet pattern beginning later on Tuesday or Wednesday as another front nears the area. Again, we expect this one to stall before or near Houston, leaving us in a muggy, wet pattern. But if we get lucky again, perhaps that front will push through Houston as well, making for nicer weather next weekend. I certainly wouldn’t bet on it at this point, so for now just enjoy what should be a pretty nice Sunday.

8 thoughts on “Surprise! A weak cold front did push through Houston Saturday night”