Well, the front made it through. It’s not a strong front, and it won’t last too long, but at least it should clear out our weather for a day or a bit longer. I guess we’ll have to take what we can get after such a soggy September.

This should be a pretty nice day, with highs only in the low- to mid-80s, albeit with partly to mostly cloudy skies. Light northerly winds will bring some drier air into the region as well, and this should keep rain showers mostly at bay—although we can’t rule out some lingering activity along the coast. Low temperatures tonight will probably be the coldest they’ve been this fall, with the northern half of Houston likely falling just below 70 degrees. Again, this isn’t a particularly strong front for late September, but this evening will probably feel pretty nice outside. 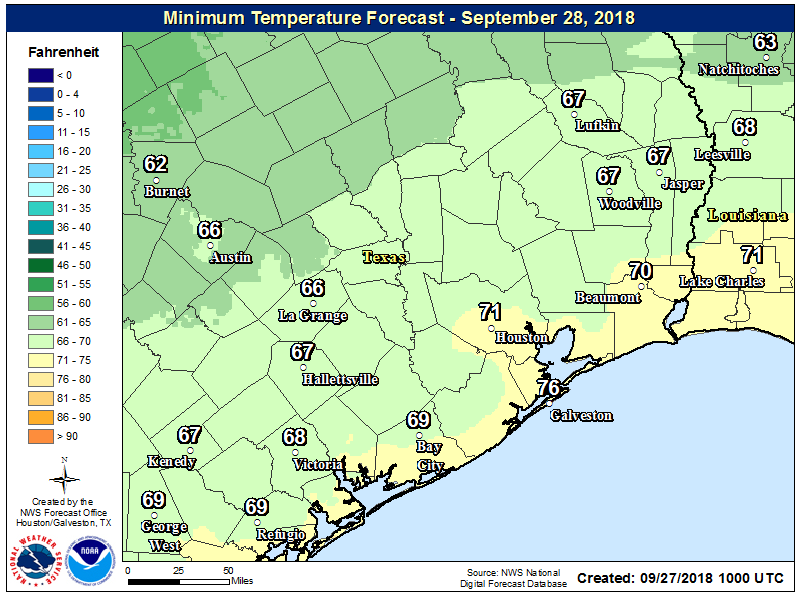 After the cooler start, the region will see the return of moisture from the Gulf of Mexico on Friday, and this should allow some showers and thunderstorms to start spreading into coastal areas, and possibly inland later in the day. With partly sunny skies and highs in the mid-80s, we don’t expect anything too widespread or too heavy in terms of rainfall.

The weekend, unfortunately, looks like a hot mess. With the cold front moving back onshore as a warm front, plenty of moisture, and a favorable upper atmosphere pattern, we’re likely to see fairly widespread showers on both Saturday (almost certainly) and Sunday (probably). We don’t anticipate flooding concerns—the heaviest rain is likely along the hard-hit coast, but even there amounts probably will be 2 inches or less for most—but it should be another muggy, cloudy, and warm weekend with highs in the mid-80s and overnight lows only dropping to the mid-70s. Blah. 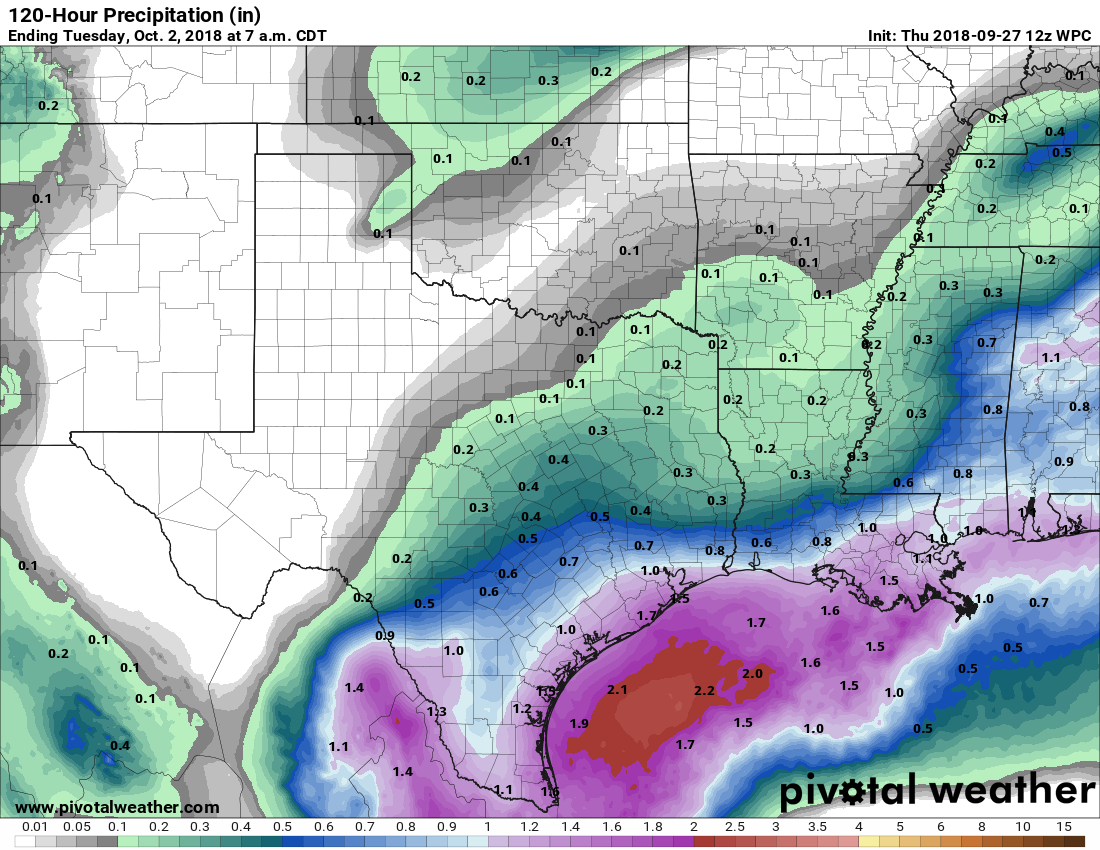 Monday will probably bring more of the same before high pressure builds over the region. This should be enough to knock rain chances down to the 20 to 30 percent range by Tuesday for most of next week. Highs will creep back up into the upper-80s, and we might actually see some sunshine by Wednesday or so.

The region’s first “strong” fall front remains frustratingly at least eight to 10 days away, if not more. For that reason we suggest you enjoy today and tonight, with its almost fall-like weather, and brief though it may be.