For the first time in more than a week, Houston’s radar is filling up with light to moderate rain showers this morning. The region will see a reasonable chance of rain today and Tuesday before decreasing chances by mid-week. After that the heat will return in force, with highs in the upper 90s to 100 degrees by the coming weekend. Houston has yet to hit the century mark in temperatures in 2020, but that could change by Saturday or Sunday. 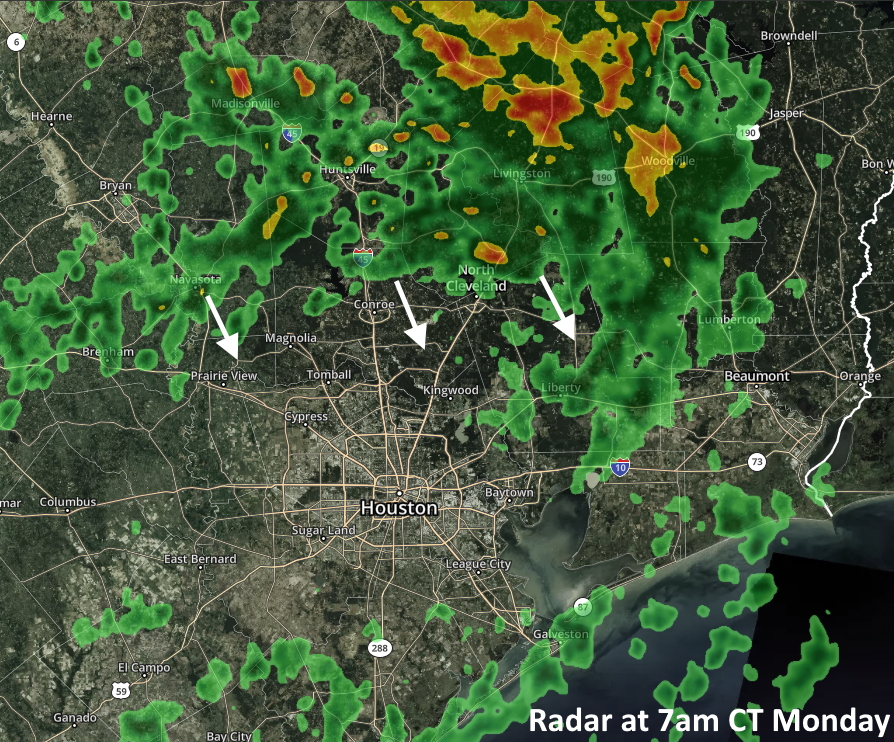 Houston radar at 7am CT on Monday. (kktv.com)

A combination of an upper-level disturbance and moist atmosphere will allow clouds to form today, and support scattered shower development, with the better chances likely along and north of Interstate 10. We don’t anticipate anything too heavy falling today, but the additional clouds should help to modulate temperatures after highs in the mid- to upper-90s over the last week. Expect highs today in the low-90s. Humidity will still be quite high, and don’t expect overnight low temperatures to fall much below 80 degrees.

This day will probably offer our best chance of rain for this week—and perhaps beyond. I think most areas probably will see at least light rain, with an average of about one-quarter inch of rainfall for most. A few isolated areas may see 1 inch or more of rain. Mostly cloudy skies should help hold high temperatures to about 90 degrees, but it will definitely be a steamy 90 degrees.

A bit of lingering instability may prompt a few isolated showers, but for the most part these should be partly to mostly sunny days with highs in the mid-90s. These will be something like transition days as high pressure builds over the region and leads us into a classic summertime pattern.

This should be a hot and mostly sunny day with highs in the mid- to upper-90s. Nights will be warm and humid. 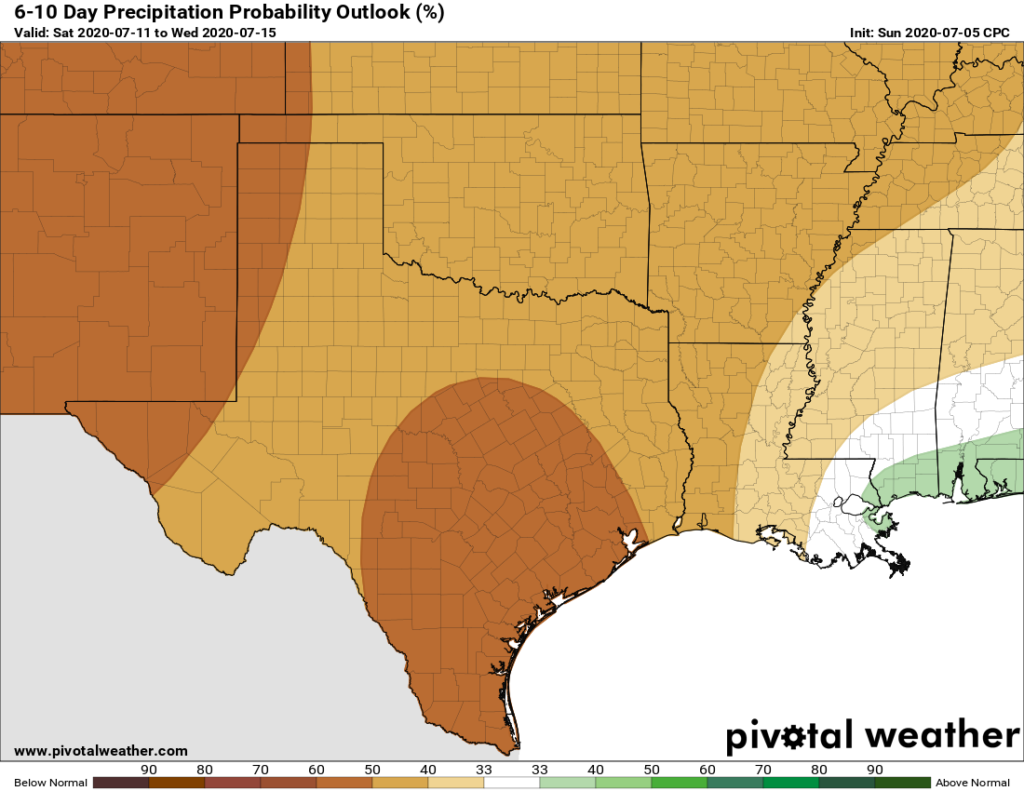 This weekend and the first half of next week will be dry. (Pivotal Weather)

The weekend will be hot and mostly sunny. High temperatures will push upwards toward triple digits and with the humidity it’s going to feel really warm out there. If you’re wondering when the heat might back off and rain chances return, it looks like it will be awhile. There’s very little in the way of precipitation in the ensembles until around the middle of July, toward the end of next week. So enjoy our heat, because while high pressure reigns in Texas, we can be confident it will keep any tropical mischief at bay.