A blustery front will blow into Houston on Monday, setting the stage for cold December weather this week. For now, we still expect milder conditions for Christmas week in Houston, with daytime highs possibly in the 70s by Christmas Day itself. There are obviously still nine days to go in the forecast, so details remain fuzzy.

Today is starting out warm and muggy, with patchy fog. Low temperatures at some locations in Houston on Monday did not fall below 70 degrees. But if you’re wondering whether this is September or December, Mother Nature will soon answer this question for you. A strong cold front will push through the region today, by mid-morning for areas northwest of Houston, around noon for downtown, and offshore by 4pm. We’ll see some light-to-moderate precipitation with the front, but accumulations probably will be less than one-quarter inch for most. Temperatures will drop 10 to 15 degrees, from the mid-70s, as the front passes, and the mercury will be in the 50s by this evening. 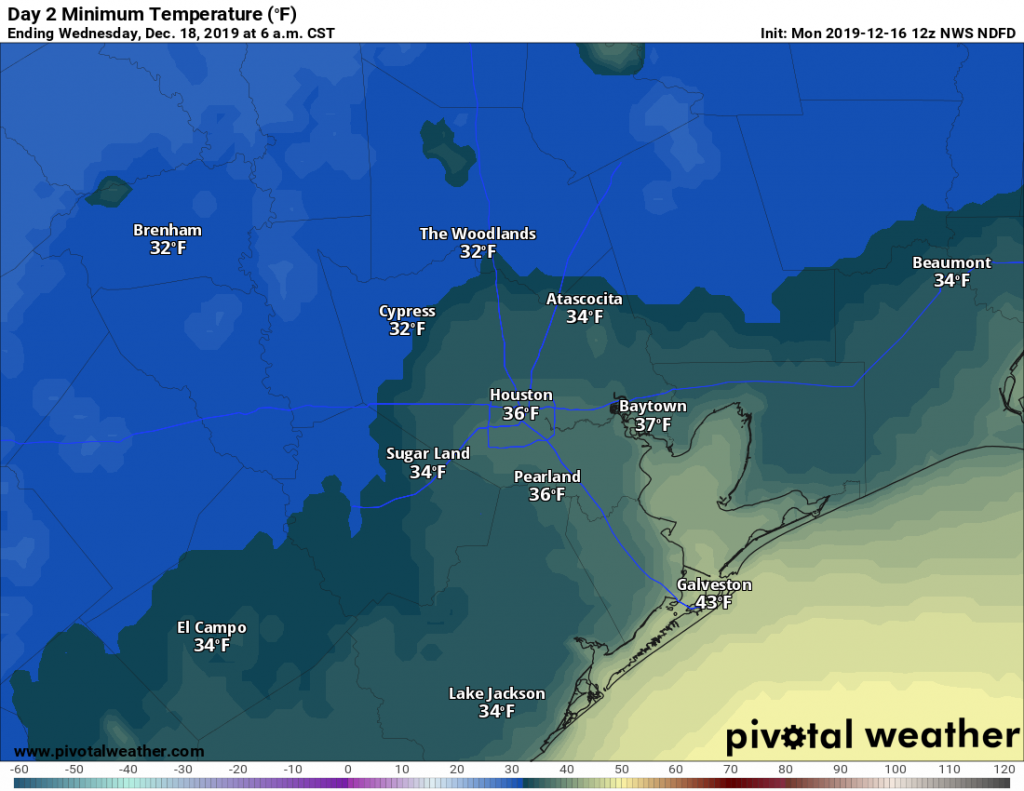 Wednesday morning’s low temperatures should be the coldest of the week. (Pivotal Weather)

Skies will clear out on Tuesday as drier air moves into Houston. We’ll feel the drier air as winds gust to 25mph or higher. With temperatures only climbing into the mid-50s, this will be a brisk day before likely the coldest night of the week on Tuesday night. Some parts of the region north and west of downtown are likely to see a light freeze early on Wednesday.

Sunny, with a high in the upper 50s. After a chilly start, this day will feel warmer than Tuesday because the brisk northerly winds will have subsided.

Sunny, and warmer, with highs likely between 60 and 65 degrees. This has the look of being a splendid day before the onshore flow kicks in.

At some point toward the end of the week, a moderately strong front should move through Houston, but the timing and rainfall potential are uncertain. Right now, I’d lean toward light- to no rainfall, but don’t hold me to that. In any case, look for Friday to be warmer—upper 60s, perchance?—and more humid if the front does not arrive until later in the day.

Stop us if you’ve heard this before, but the upcoming weekend looks quite nice. Saturday, especially, looks sunny and humidity free with highs in the 60s and lows in the 40s on Saturday night. Sunday probably will bring more of the same, but we could see the return of some humidity. In any case, our run of pretty amazing weekends seems likely to continue.

Have you finished your shopping? This year, I’m actually pretty close. Which is a good thing, because it probably won’t be beginning to feel a lot like Christmas next week. The most likely outcome is high temperatures in the upper 60s and 70s for most of next week, with warm nights rising into the 50s and then 60s. Another front will eventually move through to cool things down, but whether that happens on December 26, 27, or 28th is anyone’s guess. So, maybe hold off on the Christmas sweater gifts this year? 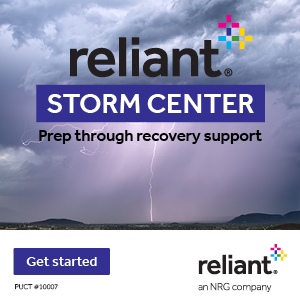