Welcome back to winter, Houston, where lows have generally dropped to around 40 degrees this morning. A freeze is possible later this week for parts of Houston, especially north of the city. Oh, and looking ahead to the weekend—it should be gorgeous again.

Skies are clear near the coast this morning, and should clear out over the entirety of the region throughout today. Even with the sunshine today, however, the cold air mass should help to limit temperatures to about 50 degrees. It will feel even colder, as a breeze persists out of the north at about 15mph, with occasional gusts. 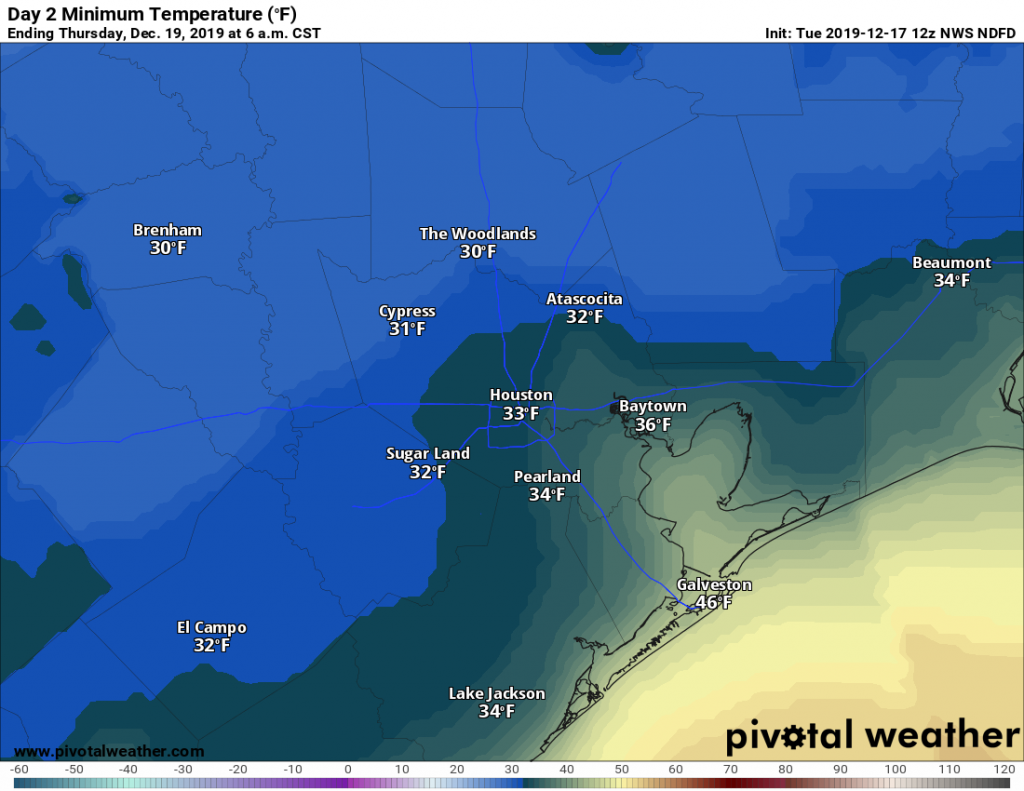 Clear skies and weakening winds will lead to ideal cooling conditions on Wednesday and Thursday mornings. Expect temperatures in the mid- to upper-30s along the coast and just inland on both mornings, lows in the mid-30s to near freezing downtown, and lows at or just below freezing for Bush Intercontinental Airport and points north. Both days should be mostly sunny, although we probably will start to see the return of some clouds by Thursday afternoon along with the onshore flow. With light winds, we’ll see temperatures in the mid-50s to around 60 degrees.

We have a bit of a complicated forecast for the end of the work week as atmospheric moisture levels increase, and the upper atmosphere becomes somewhat more disturbed. At this point, the most plausible scenario is that a swath of low pressure moves up from South Texas, bringing the best chance of rain to Matagorda, Brazoria, and Wharton counties on Friday, with lesser chances in the city of Houston itself. Accumulations southwest of Houston could reach 1 inch, or higher, while most of Houston probably will see 0.5 inch or less. Clouds and healthy rain chances should limit highs on Friday in the low- to mid-60s. 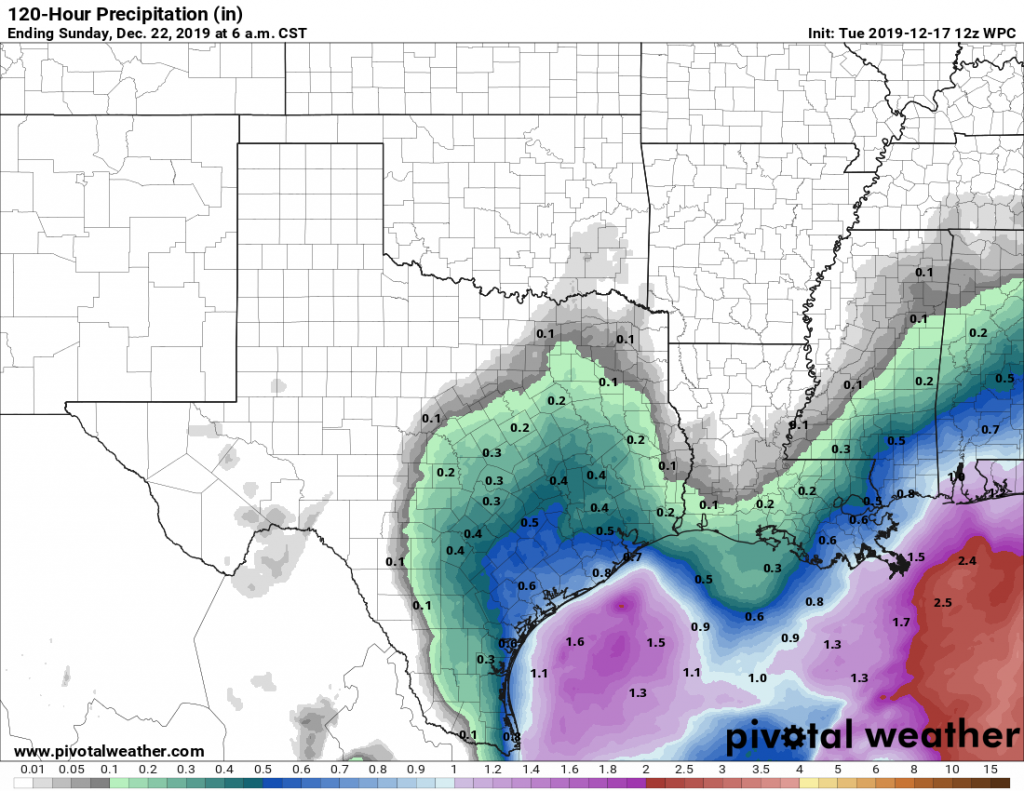 After a gray and dreary Friday night, skies should begin to clear out at some point Saturday morning or midday under the influence of a drier northerly flow. This should set the stage for sunny skies later in the day, with highs in the mid-60s and overnight lows mostly in the upper 40s.

This day should be similar to Saturday, but likely with wall-to-wall sunshine. We’re getting spoiled here with weekends.

The weather certainly doesn’t look bad for Christmas week, but it doesn’t look wintery either. We can probably expect mostly sunny days, with highs in the upper 60s and lower 70s through Christmas Day, and nighttime temperatures generally in the 50s. Rain chances are going to be pretty low throughout the week, so the only real concern I have right now is reasonably high humidity levels.

3 thoughts on “A freeze is likely north of Houston, with lots of sunshine ahead”