Good morning. It’s quite muggy out there again today, and don’t look for any relief until tonight.

Who is ready for temperatures in the upper 80s? That’s going to be possible today with a strong southerly flow ahead of a cold front. We should see partly cloudy skies and a chance of scattered showers ahead of the front, which should reach Houston sometime around sunset, or shortly after. But it will be well after sunset before we see much cooler air. 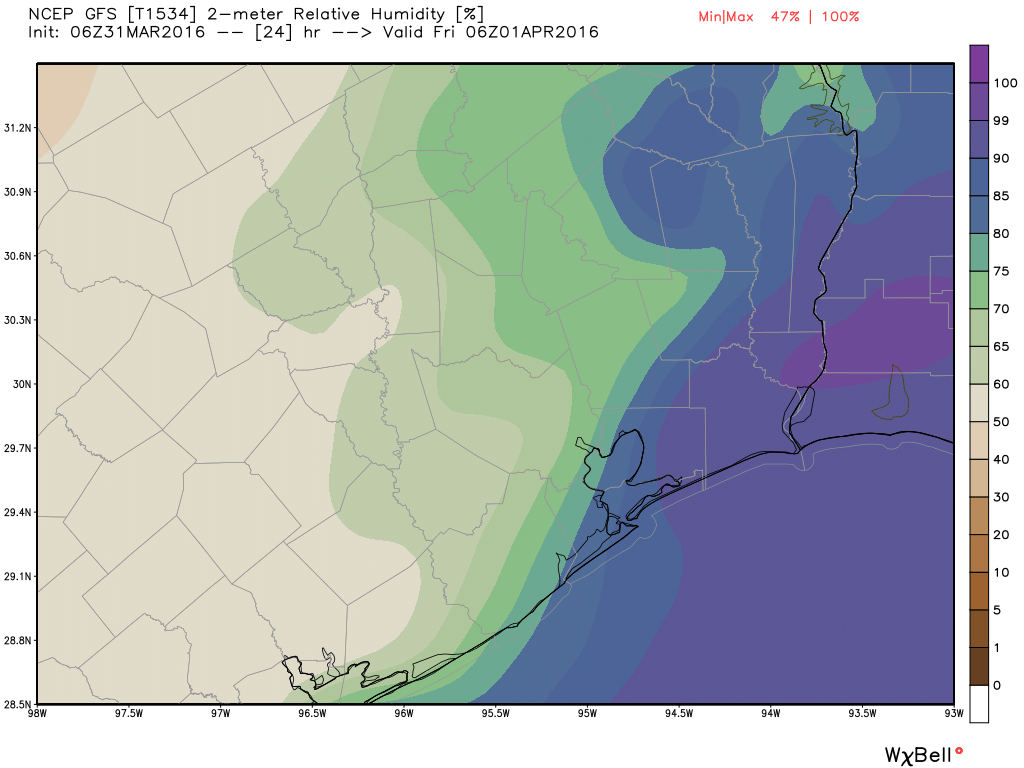 For those considering heading out to the Shell Houston Open on Friday conditions now don’t look quite as good as they once did. Above the surface we’re still going to see a strong southwesterly current of moist air, which will leave the possibility of showers or perhaps a few thunderstorms during the day on Friday, especially closer to the coast. Skies are also likely to remain partly to mostly cloudy with temperatures in the mid-70s.

The good news is that by Saturday morning, although we can’t dismiss a chance of rain, most of the region will see clearing skies. That should set us up for three gorgeous days with highs in the 70s and lows in the low-50s. For those running the Texas Independence Relay from Gonzales to the San Jacinto Monument, the weather could be perhaps a touch cooler, but overall for late March you can’t expect a whole lot better, and will include the possibility of a light tail wind even.

This pleasant weather should hold for at least the first half of next week.