Houston recorded its third 100-degree day of the year on Monday, when the high reached 101 degrees at Bush Intercontinental Airport. Hobby Airport also recorded its warmest day of the year, with the high hitting 99 degrees. Today will be another scorcher, but then our weather should gradually begin to modify toward more “normal” summertime weather in Houston. Later this week we’ll see the development of clouds, and even some modest rain chances as the high pressure system that’s been dominating our weather weakens.

Alas, there won’t be much (or any) relief today. We’re in for more hot and sunny conditions which should send highs back into the upper-90s—today is probably the region’s last day to break 100 degrees for awhile. Winds will be out of the south at 5 to 10 mph. And once again, overnight low temperatures will likely not fall below 80 degrees for much of the area, and only briefly if they do. 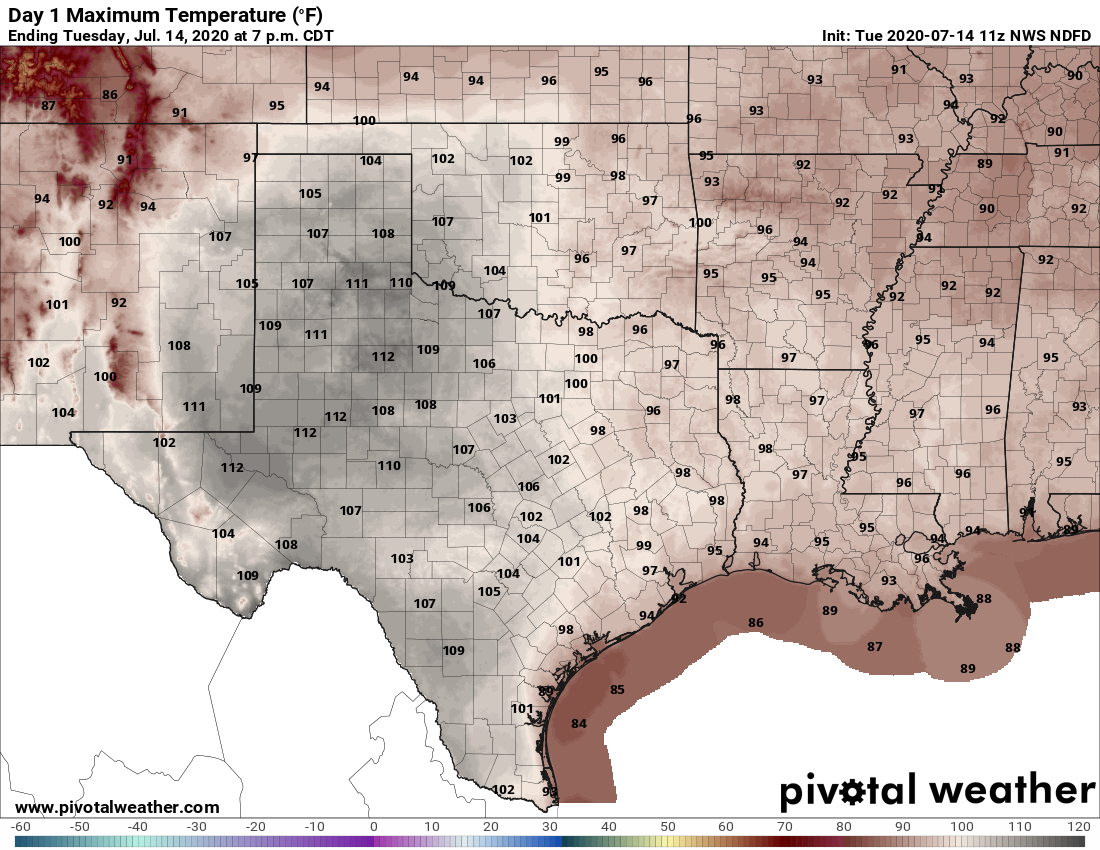 These should be a pair of hot and mostly sunny days with highs in the mid- to upper-90s. Rain chances remain minimal, but overnight lows should be a degree or two cooler.

By week’s end a bit of an atmospheric disturbance may move through the area, and this will provide the region’s first real chance of rain in quite a while. I don’t want to oversell this as rain chances right now look to only be about 30 to 40 percent. And oftentimes, after an extended period of dry weather, forecast models will oversell rain chances. But anyway, the combination of scattered showers and a few more clouds should limit highs to about 95 degrees.

The weekend looks mostly sunny, with a slight chance of rain, and highs in the low- to mid-90s. This will feel more like a typical July weekend in Houston. 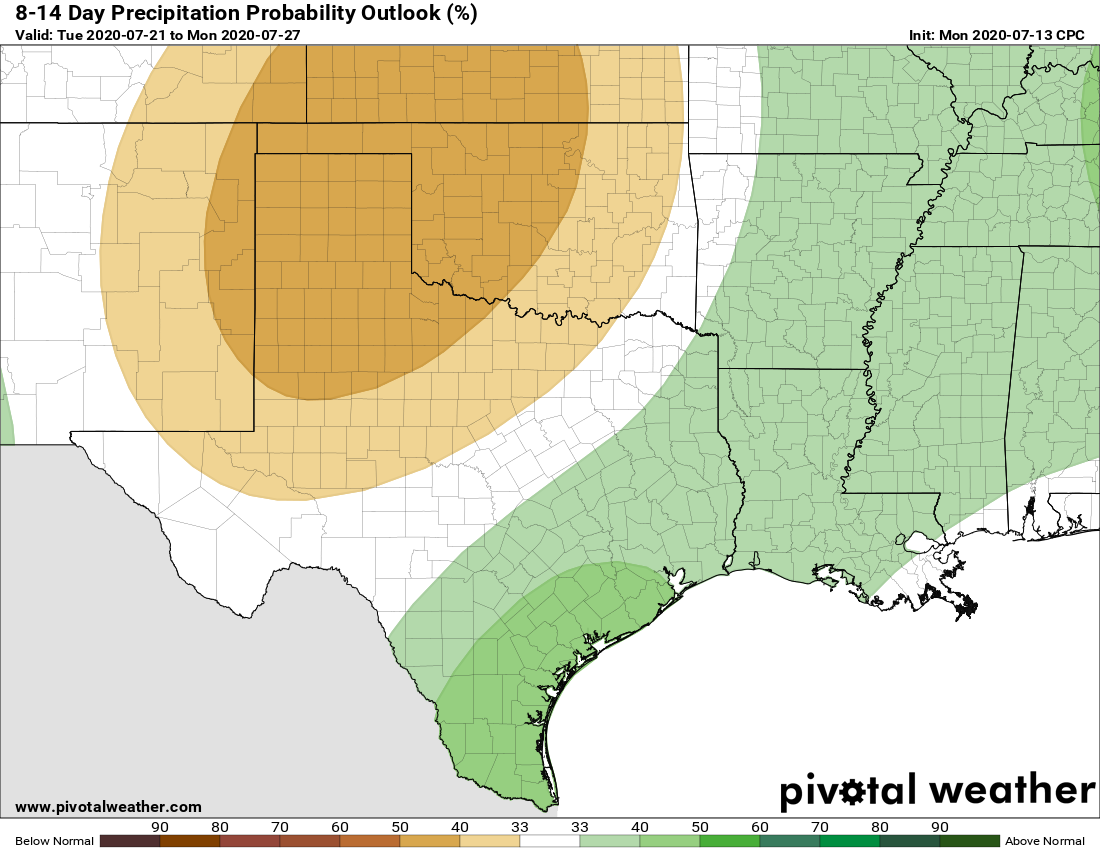 Our weather pattern should turn a bit wetter next week. (Pivotal Weather)

The pattern next week does look more favorable for rain, with high pressure displaced. Expect highs in the low- to mid-90s with decent rain chances beginning on Monday or so.