Our blah weather will continue for several more days before a front brings a reprieve next weekend. Expect foggy mornings, cloudy days, and warm nights to persist through Saturday before a merciful front works its way into Houston.

It is quite foggy this morning, and the National Weather Service has issued a dense fog advisory until 10 a.m. due to low visibility. Please take care driving in these conditions. On Monday, showers were most pronounced near the coast, but today they will move farther inland. Beyond that, I have little confidence in rain totals today. Some models show almost no rain over Houston, while some bring up to 2 inches in places like Baytown. I don’t think we’ll see that, but it’s going to be a gray day with a healthy chance of showers. Highs are going up into the mid- to upper-70s, with low in the upper 60s. Like I said, blah. 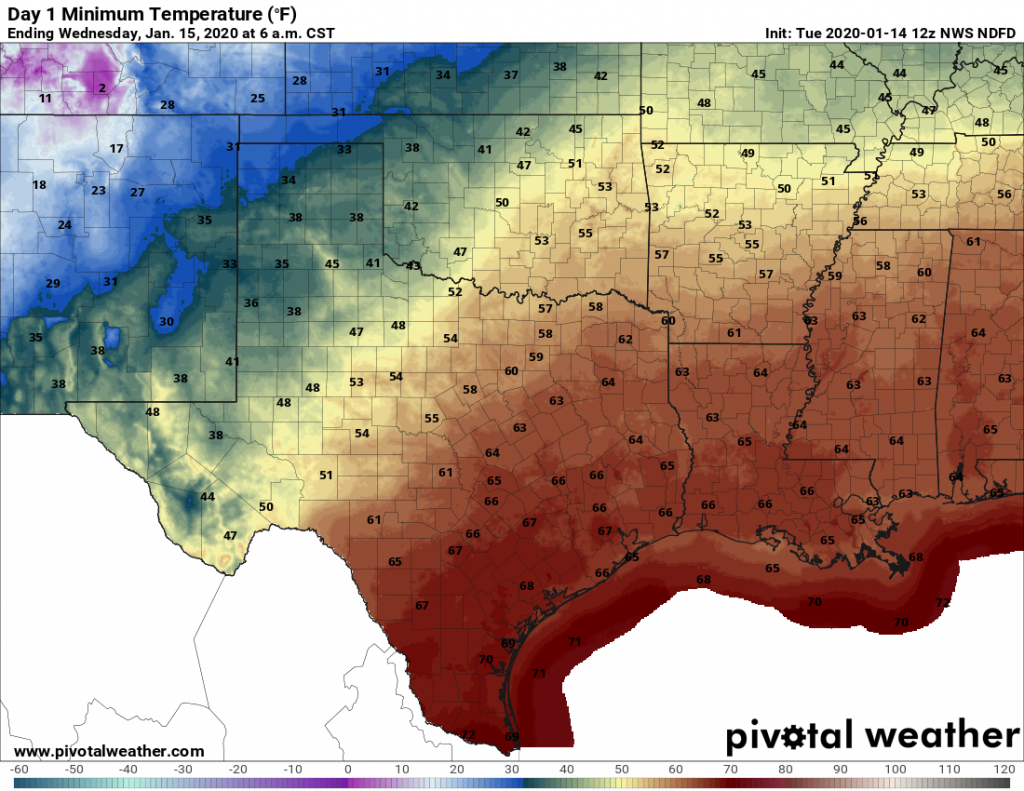 The only good thing I can say about Wednesday, which will be gray and warm, is that rain chances are quite a bit lower—in the 10 percent chance. Fog remains likely, however, with very light winds and warm air moving over colder water.

More of the same. Rain chances will edge back up a bit, but at this point we’re not expecting anything to write home about. A cold front will approach the area, but probably stall north of the area on Thursday. Right now, it appears the front will get to about the northern edge of Montgomery County before retreating quickly back north. Bottom line, there’s a chance of some briefly drier and cooler air to make it into northern parts of the region. For the rest of us, you guessed it: Highs in the upper 70s, clouds, fog, and warm nights.

More of the same, but a front should finally move through the region sometime on Saturday. Right now the model consensus seems to time it between Noon and sunset on Saturday, but there remains some wriggle room in the timing. It appears as though some light rain could accompany the front. Can’t rule out some thunderstorms, but we don’t expect anything serious. Cooler and drier air will move in pretty quickly behind the front. 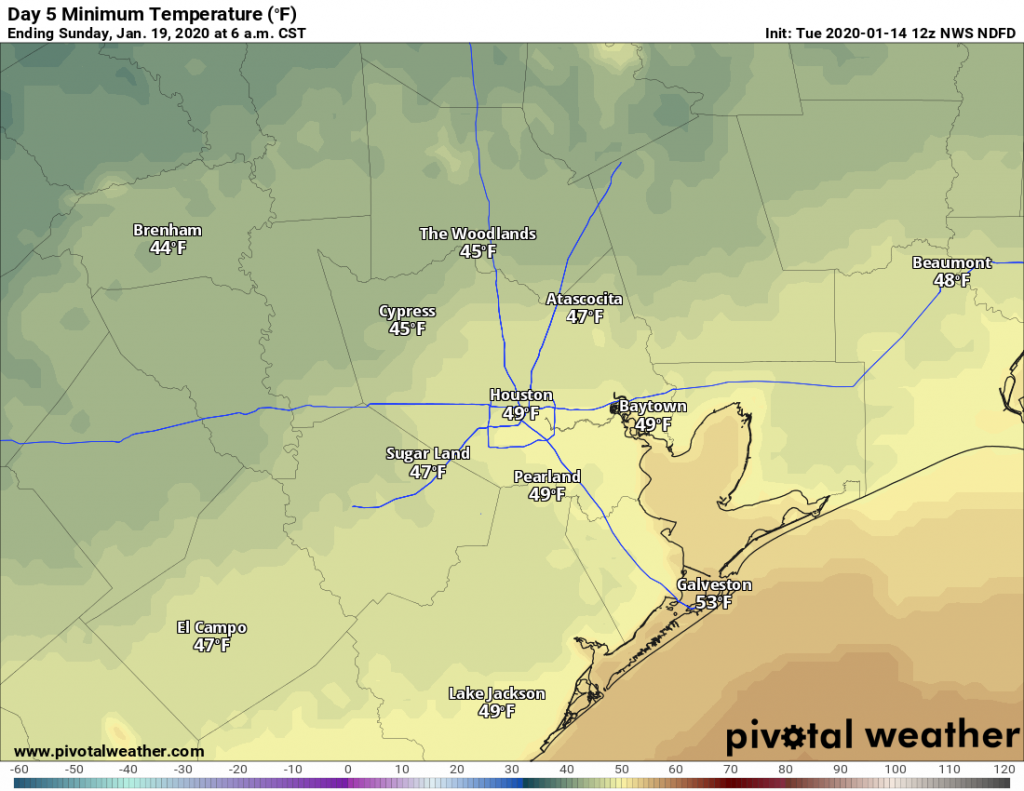 The weather for Sunday, and the Houston Marathon, continues to look pretty good if the forecast holds. As we get closer to Sunday confidence is increasing in a cool morning. I’m still expecting start line temperatures between 45 and 50 degrees in downtown Houston, with clearing skies. Highs by noon probably will work their way into the upper 50s. The one concern I have right now is winds, which may blow out of the north at 10 to 15 mph, with gusts near 20 mph. (We’re still five days out, so some of this will change). Lows Sunday night will drop into the mid-40s.

A reinforcing front appears likely to arrive on Monday, setting the stage for the return of winter, with highs in the 50s, and lows in the 30s and 40s. Still time to work out the details as we get closer.