It’s quite cold across the region this morning, ranging from a few readings in the upper 30s in some parts of Montgomery County down to around 50 degrees right along the coast. It looks like Houston’s official station, at Bush Intercontinental Airport, probably will bottom out at about 42 degrees. This is chilly, but still 7 degrees warmer than the all-time record set in 2017. Incidentally, the earliest freeze ever recorded in Houston came on October 31, 1993.

Our forecast ahead is pretty straightforward. We should see generally cooler than normal weather through the middle of next week, and our next real chance of rain is unlikely for quite some time. Enjoy fall, y’all! 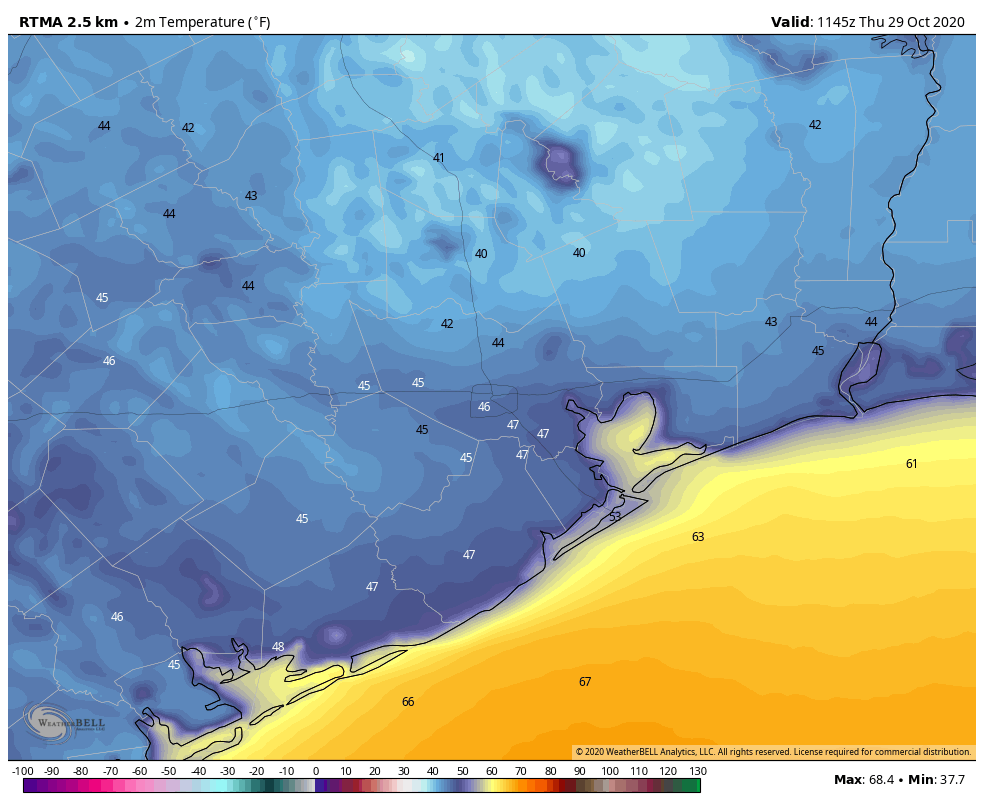 It is a chilly, almost winter-like morning across the upper Texas coast on Thursday. (Weather Bell)

Today will not be so nice. Although sunshine will predominate, strong northerly winds will keep things on the unpleasant side Thursday. Highs will recover into the low 60s for most of the area, but northwest winds should gust today as high as 25 mph. Winds will back off slightly this evening, but it will still be a cold, clear, breezy night with lows falling into the 40s again for most of the region.

A damn near perfect day. Highs in the low 70s. A light wind. Ample sunshine. Lows Friday night will probably be a couple of degrees warmer.

By late Friday we should see winds swing around to come from the east, and then southeast, but the region won’t warm up too appreciably. Under sunny skies, highs should climb into the mid-70s for most, possibly touching 80 degrees by Sunday for some locations near the coast. Lows will remain solidly in the 50s. A reinforcing shot of cooler and drier air arrives Sunday evening or during the overnight hours. 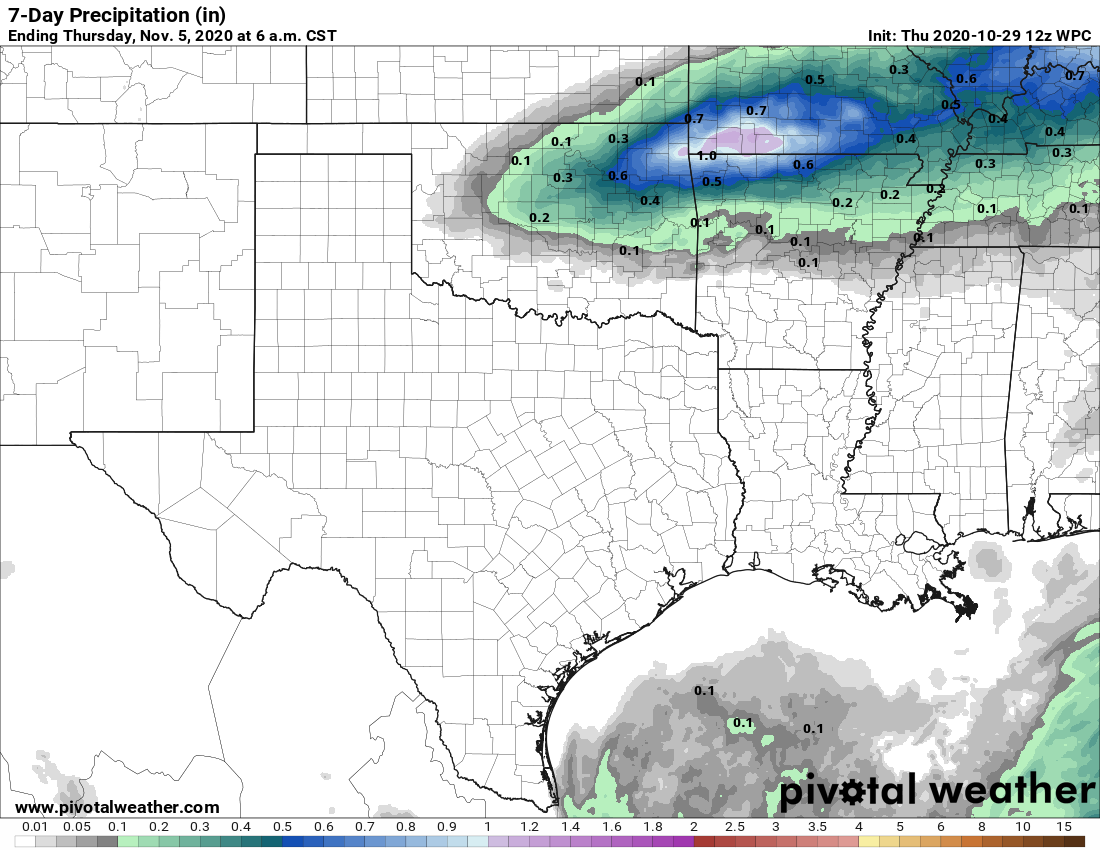 Here is the seven-day rainfall forecast for Texas from NOAA. It looks … dry. (Pivotal Weather)

Expect highs in the 70s and lows in the 50s through Wednesday. After that a warming trend is likely heading into the weekend, with highs rising to perhaps 80 degrees, and lows to around 60. As for rain chances, they’re going to remain low for awhile, at least until the end of the next work week.

Matt will have you covered tomorrow, when he’ll discuss all the records set by Hurricane Zeta as it strengthened Wednesday before making landfall in southeastern Louisiana—such a nasty, late season storm.

5 thoughts on “Cool, dry, and sunny weather expected in Houston for awhile”