Good morning! We are now almost to the halfway mark of August, and it hasn’t been so bad. Average temperatures this month, so far, have been near normal. And as we look ahead to the rest of the month there appears to be nothing extreme on the horizon. Dare I say it, that we might get through Houston’s hottest month—when we are most drought prone, and exposed to hurricanes—without and really severe weather? No, I will not say it. But I’m thinking it’s a very real possibility.

The overall forecast pattern for the rest of this week has not changed. Moderate high pressure remains in place, but nothing too suffocating. This means high temperatures will probably peak in the mid-90s, and with a few clouds there will be a slight chance (maybe 10-20 percent inland, 20-30 percent close to the coast) of rain showers. Overnight lows will be in the mid-70s for far inland areas, and about 80 degrees right along the coast. 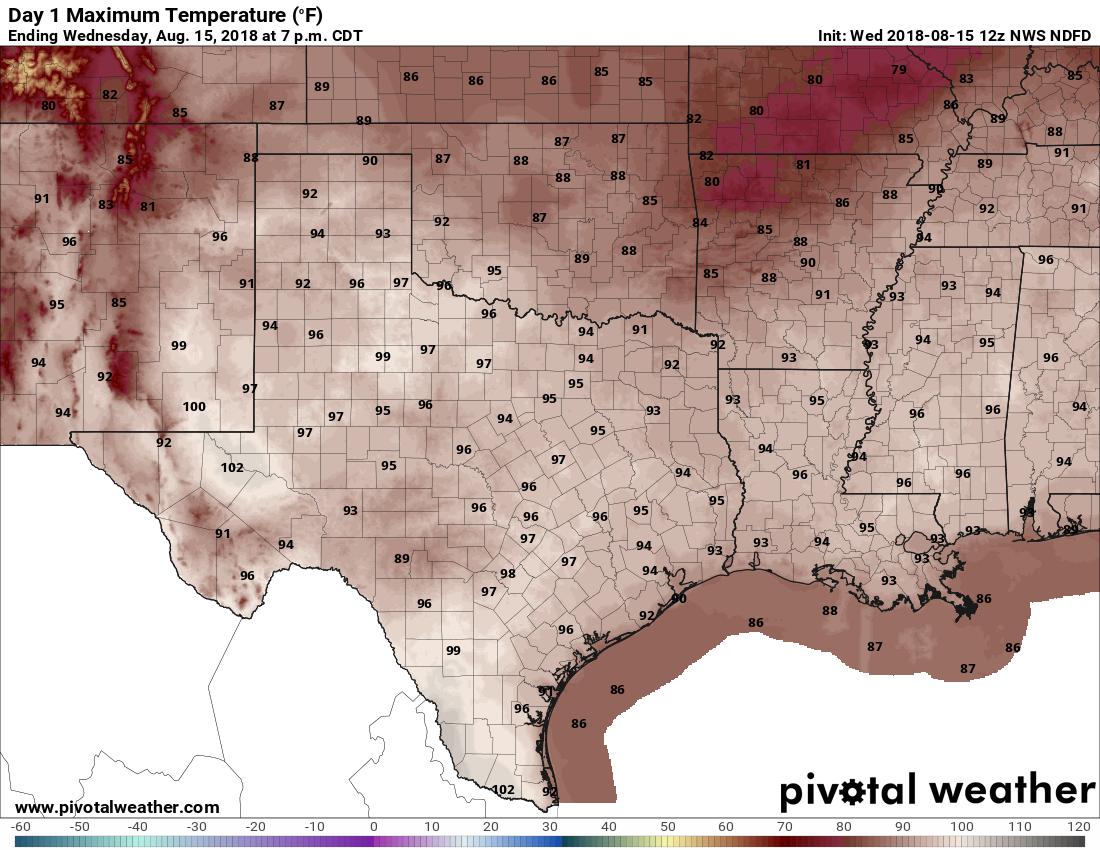 Again, not much change this weekend, with highs in the mid-90s and some isolated to scattered showers for the region. You probably won’t see rain. For the most part, skies will be sunny, and the water inviting due to the daytime heat. If you’re tailgating for the Houston Texans preseason game on Sunday evening make sure to stay hydrated out there. (That a was a joke, friends. I know any tailgaters will probably stay over-hydrated)

We’re still watching for the possibility of a cold front to move near, or actually into the greater Houston area by Tuesday or Wednesday of next week, and this may (emphasis on may) bring some slightly cooler temperatures and some elevated rain chances. It’s far enough into the future that we really can’t have much confidence in the forecast right now.

A subtropical depression has formed in the northern Atlantic Ocean, but it is no threat to land. In the deeper tropics, this is the time of year we normally expect to see tropical storms and hurricanes begin to form from waves moving off the African coast. But that tropical train has yet to get going this year due to cooler Atlantic temperatures, and Saharan dust that is helping to disrupt the formation of tropical storms. This pattern won’t continue inevitably, but for Texas we’ve only got about six more weeks to really worry about hurricane season, so a late start is great for us. Regardless, the next week to 10 days in the Gulf of Mexico look quiet. 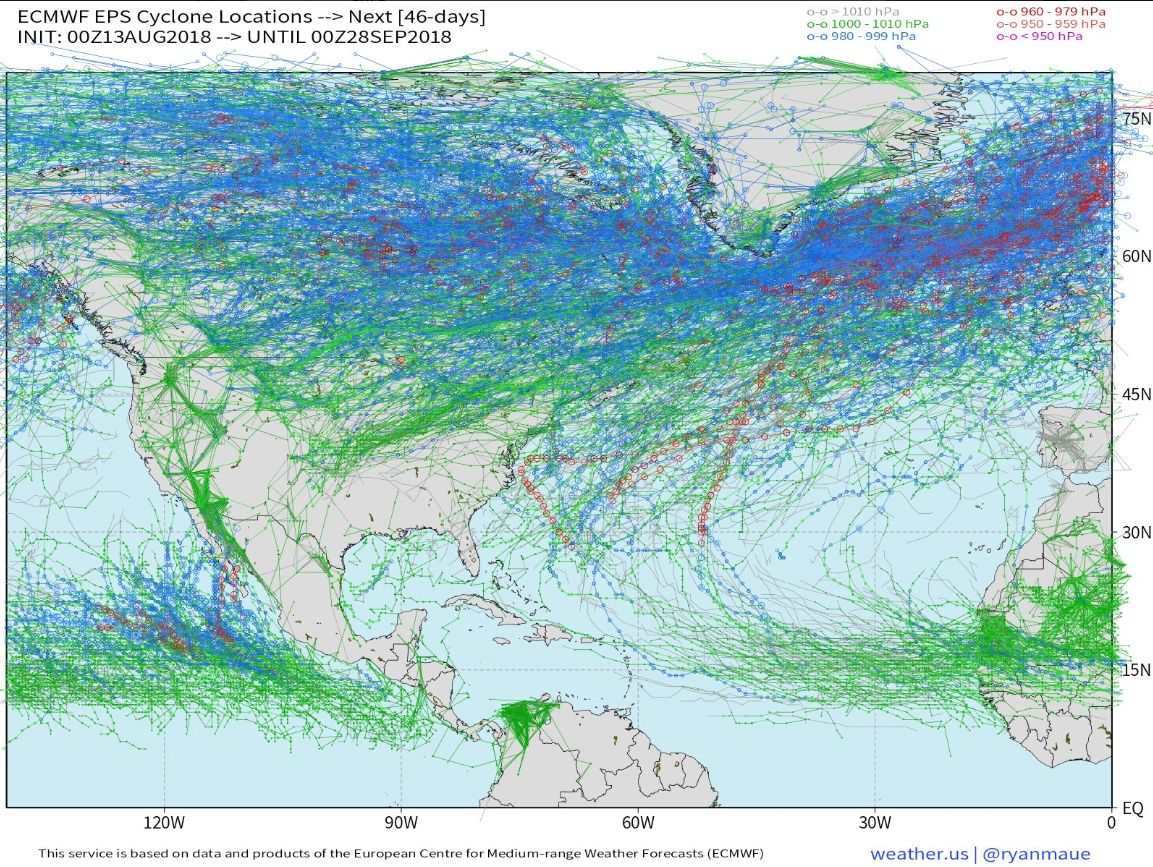 Speaking of those six weeks, Ryan Maue of WeatherModels.com shared a 46-day forecast from the European model ensembles (basically about 50 runs of the European model, over six-week period) showing potential areas of tropical storm and hurricane formation. The model suggests the Gulf of Mexico and Caribbean Sea will be anomalously quiet through September. Let’s hope that forecast verifies.

13 thoughts on “Dare we say this August won’t be too bad for Houston?”