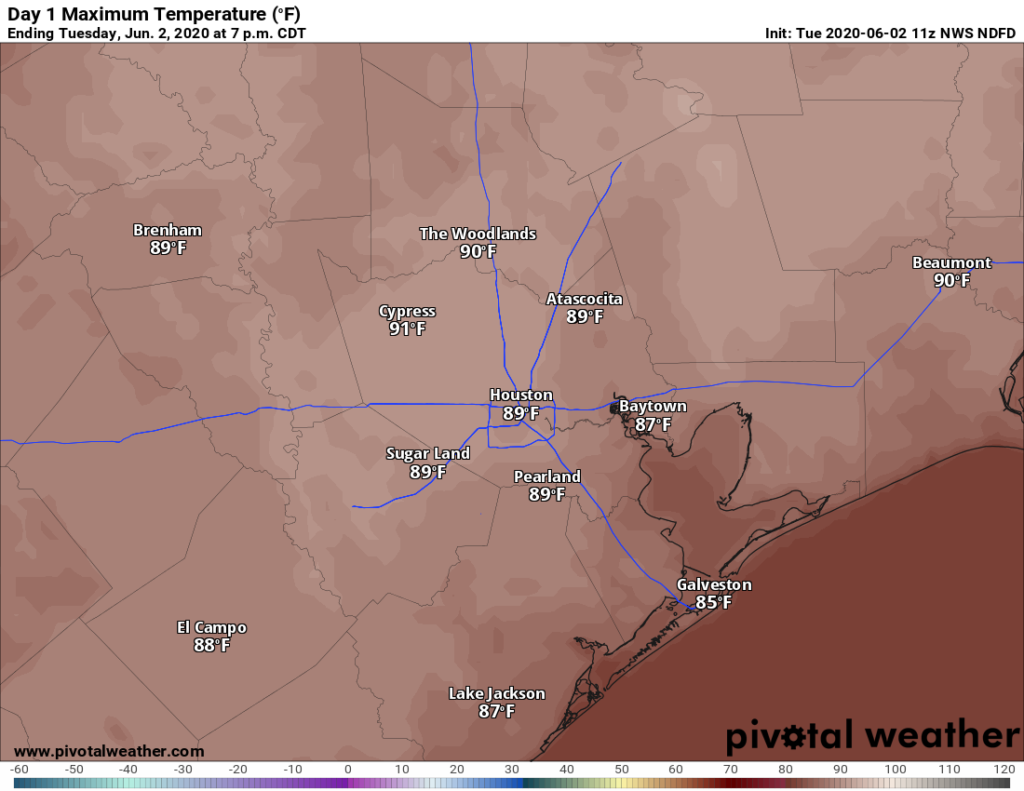 Rain chances are likely to increase on Sunday, but that will depend upon the movement of the tropical depression in the Gulf of Mexico.

This system is likely to remain very nearly stationary in the far southern Gulf of Mexico until about Friday. (This is partly because it is embedded with a larger pattern of circulating ocean currents known as a gyre). This week the Mexican states of Veracruz, Tabasco, and Campeche can expect very high levels of rainfall. Eventually, the high pressure to the north of the system should weaken, allowing it to move toward the Central Gulf of Mexico. 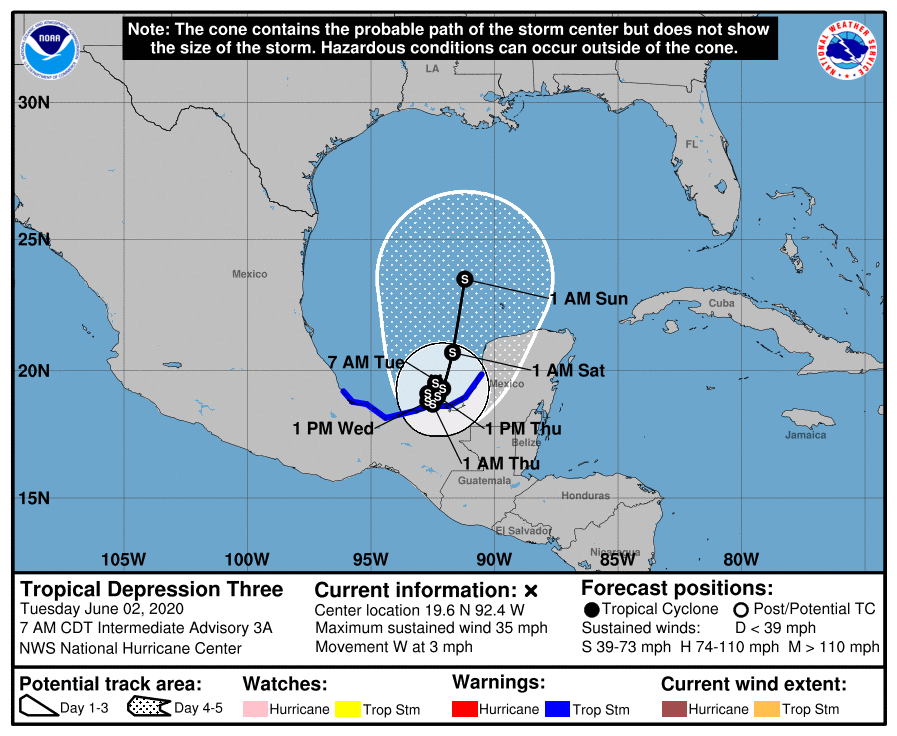 The depression’s center will remain very near the Mexican coast this week. (National Hurricane Center)

What eventually moves north will depend upon the system’s interaction with land—this is very important. Right now the center of circulation lies just offshore, and it could wobble onto land intermittently over the next few days, helping to limit any intensification, or possibly weakening its organization. The official forecast from the National Hurricane Center calls for a 65-mph tropical storm by Sunday as this system moves into the Central Gulf of Mexico, but it could be significantly weaker, having all but dissipated over Mexico, or stronger, having reached hurricane intensity. 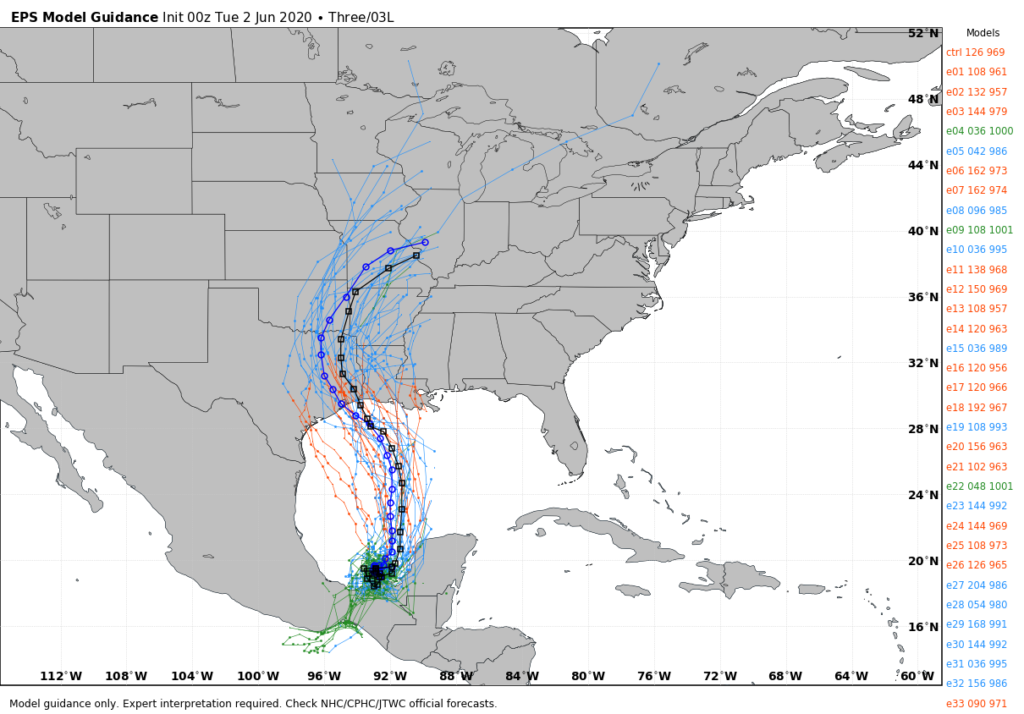 The global forecast models continue to indicate that the tropical system will approach the Texas or Louisiana coast by late Sunday or Monday, but again much uncertainty remains about the intensity of the system’s strength and ultimate track. Where the storm goes will depend on the evolution of the high pressure system now moving over Texas. While acknowledging all of this uncertainty, I will say that overnight the global models have subtly shifted from a landfalling storm along the central and upper Texas coast to the upper Texas coast and Louisiana. Should we read much into this? No we should not. Remain wary, but not worried.

We will update this afternoon.