One of my favorite sayings about Houston’s weather comes from Bill Read, a long-time meteorologist in charge of the National Weather Service’s office in League City, who later served as director of the National Hurricane Center from 2008 to 2012. He characterized the morning humidity in Houston, during the summer, as “dog’s breath weather.” And with low temperatures only around 80 degrees this week, and dewpoints in the upper 70s, it will definitely feel like a dog breathing on your face in Houston for the time being. Other than that, there’s not much to say about Houston’s weather in the days ahead. It’s gonna be hot and humid. 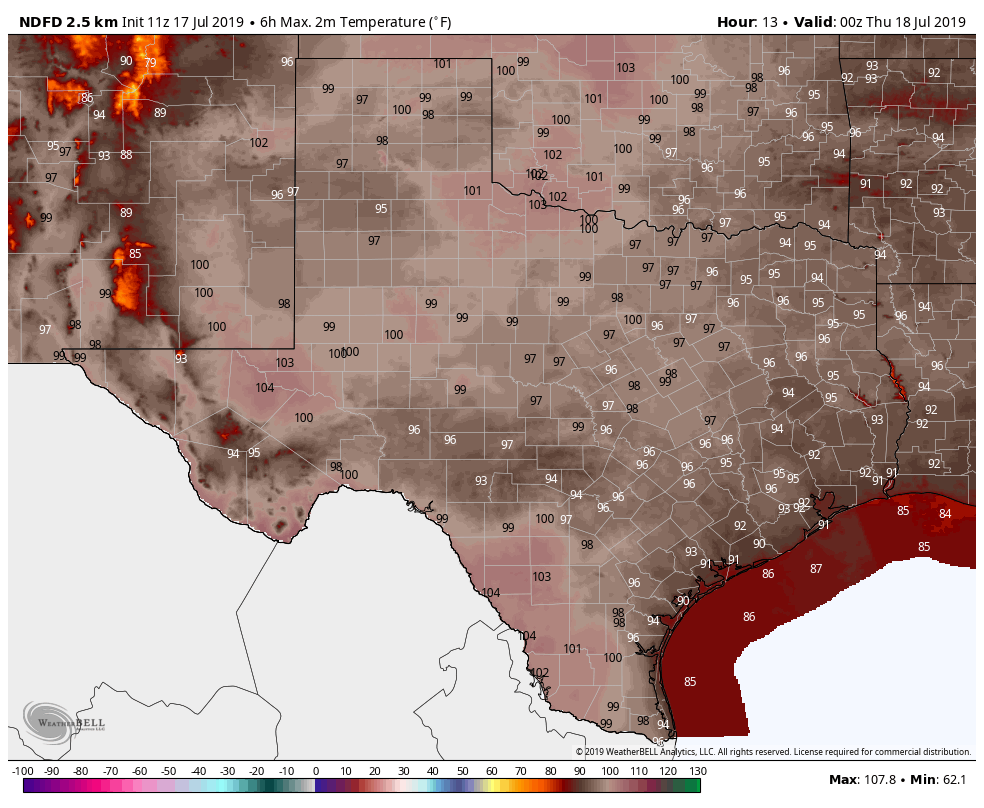 Today will be a warm one for Texas. (Weather Bell)

Atmospheric moisture levels remain fairly high today, but with high pressure building in it will be difficult for that surface moisture to rise and produce rain showers. So while we’ll definitely see some clouds today, I think rain showers will be isolated at best. Highs should reach into the low- to mid-90s with lots of that aforementioned humidity.

By Saturday, the high pressure ridge dominating the second half of the work week’s weather should retreat back to the north, and this will open up slightly better rain chances. We probably are only looking at 20 percent chances, with very slight accumulations. Otherwise, skies should be mostly sunny with highs in the 90s.

More moisture and more lift will lead to even better rain chances on Sunday—40 percent, maybe?—but again for the most part these should be nuisance showers rather than something to get really worked up about. Skies should be partly to mostly sunny otherwise, with highs in the low- to mid-90s. 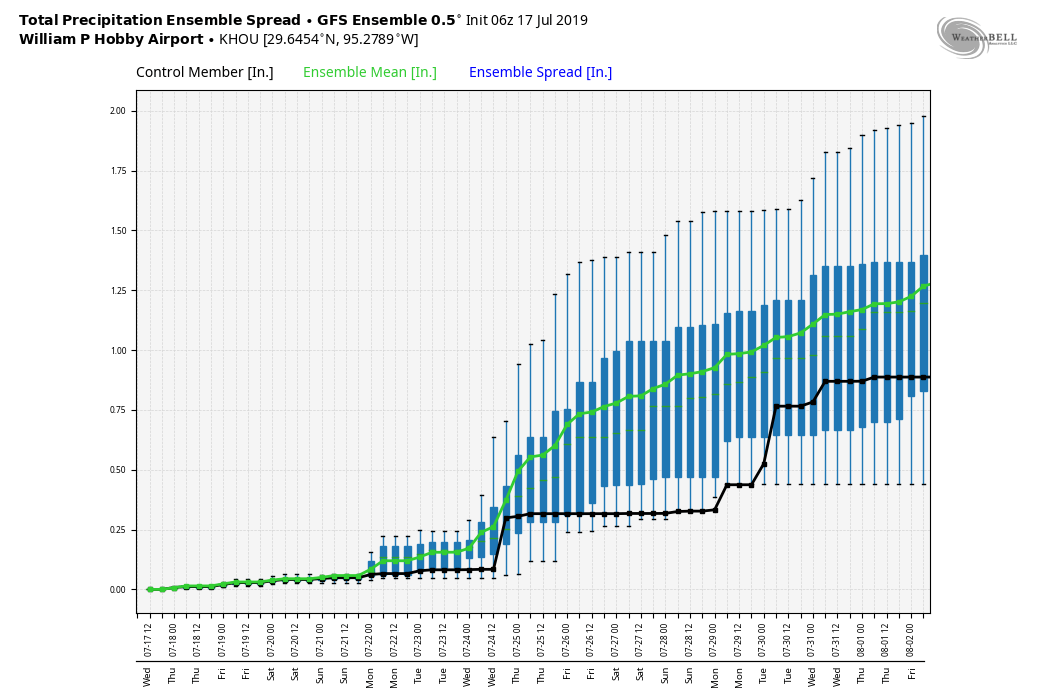 Rain chances perk up next Tuesday or Wednesday, although forecast models generally hold totals under 1 inch for most of the area. Hard to have too much confidence, but at least we can take some comfort in the fact that high pressure isn’t going to set up shop for an extended period of time as happens sometimes during the summer in Houston.