It is warm and muggy this morning, and ultimately conditions will be a lot like they were on Thursday. We saw some scattered, late-evening storms fire up just north of Interstate 10 on Thursday, and we may seem a similar pattern on Friday as the sea breeze moves inland—these should be fast moving and not produce too much in the way of rainfall. High temperatures will likely reach the low 90s for most of the area with sunny skies. 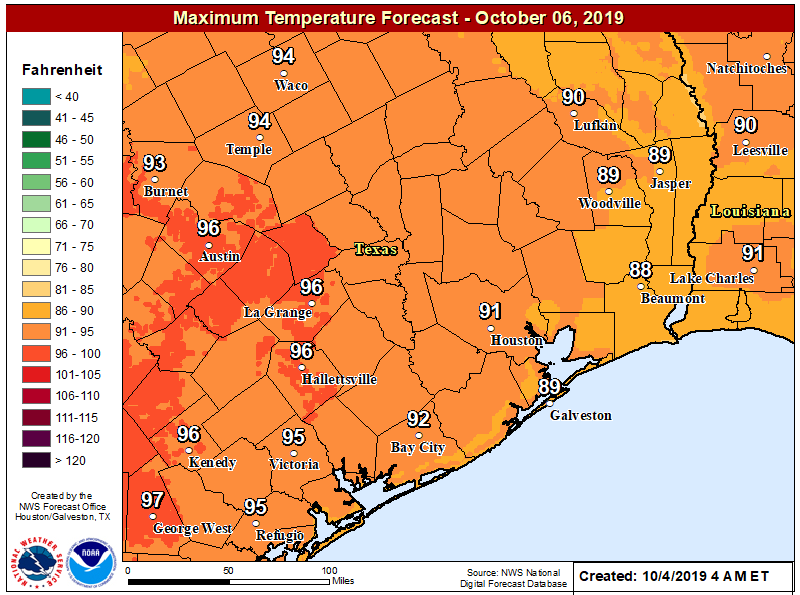 Did you read Friday’s forecast? Because Saturday will be similar, albeit probably with even less rain shower coverage. Mid-90s will be possible for areas just west of metro Houston.

Another warm and sunny day, with highs of around 90 degrees for most of the region. If you’re heading to the Texans game, there will be no issues except for the heat. Because the cold front is unlikely before Sunday night, this will be another summer-like day. But this will be the last one before a much anticipated break.

A cold front, yes a bonafide cold front, will push into Houston on Monday. Being the first real front of the fall season it won’t bring that much cooling into the area, but there will be some cooler air and plenty of drier air. Look for high temperatures on Monday in the low- to mid-80s. Some brief storms may accompany the front’s passage on Monday morning, but nothing we’re concerned about at this time.

Temperatures on Monday night should fall into the low- to mid-60s for much of central Houston, with cooler conditions possible further inland, and a bit warmer right along the coast. 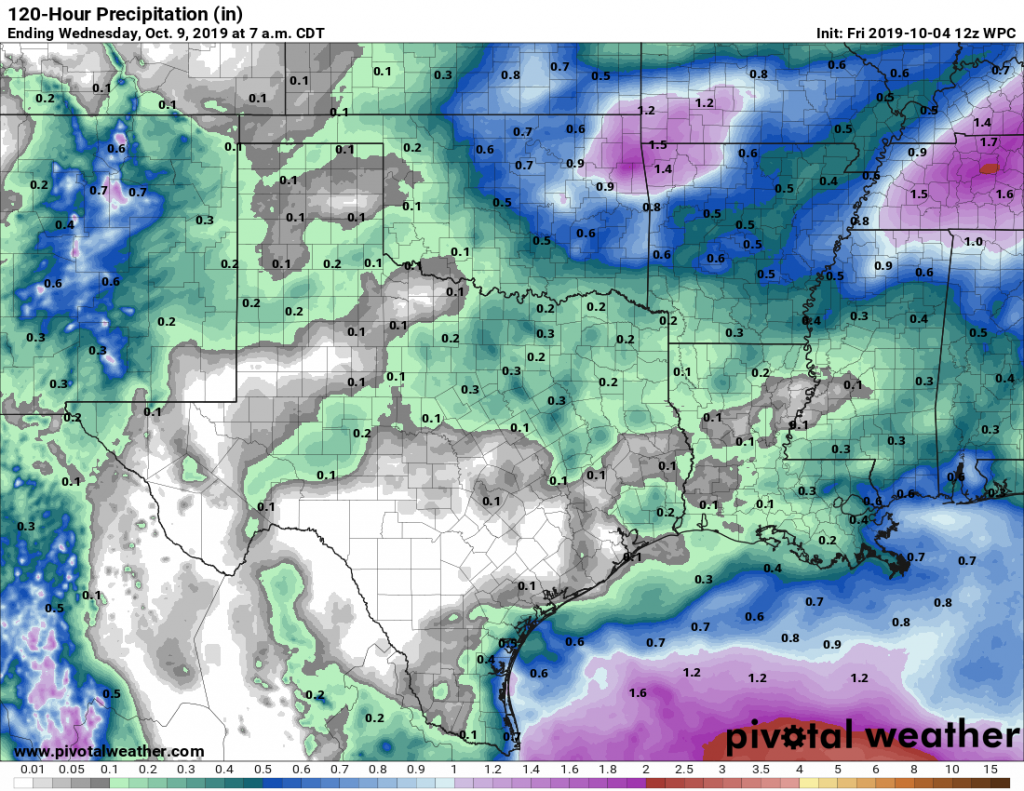 Rain accumulations will be modest through the weekend. (Pivotal Weather)

After this initial blush of cooler, and drier air, conditions will gradually warm up through the week, with highs returning to the upper 80s by Thursday or so, and nighttime temperatures creeping back up. However, another cold front looks set to arrive on Friday morning, bringing a stronger shot of cooler air into the region. I don’t want to get too far ahead of myself, but next weekend looks positively fall-like. We’re still pretty far out from it, but if I had to guess, we’re looking at high temperatures in the 70s, with lows in the 50s. Yes, please.