Temperatures have reached the mid- to upper-30s across the northern reaches of the Houston metro area this morning, offering the region a final, fleeting taste of winter. As of 6:20 a.m. CT, the mark of 39 degrees at Bush Intercontinental Airport ties the record low for today, set in 1989. It is, indeed, quite chilly out with a light northerly wind, so dress accordingly this morning.

Skies will be clearing today, but with a bit of unsteady air aloft, we can’t entirely rule out a few stray showers this afternoon. However, most of us will not see rain, but rather partly to mostly sunny skies, and highs of around 60 degrees. This is nearly in line for normal low temperatures this time of year. Lows Monday night will be cold again (see map below), but temperatures probably should be a couple of degrees warmer than Sunday night. 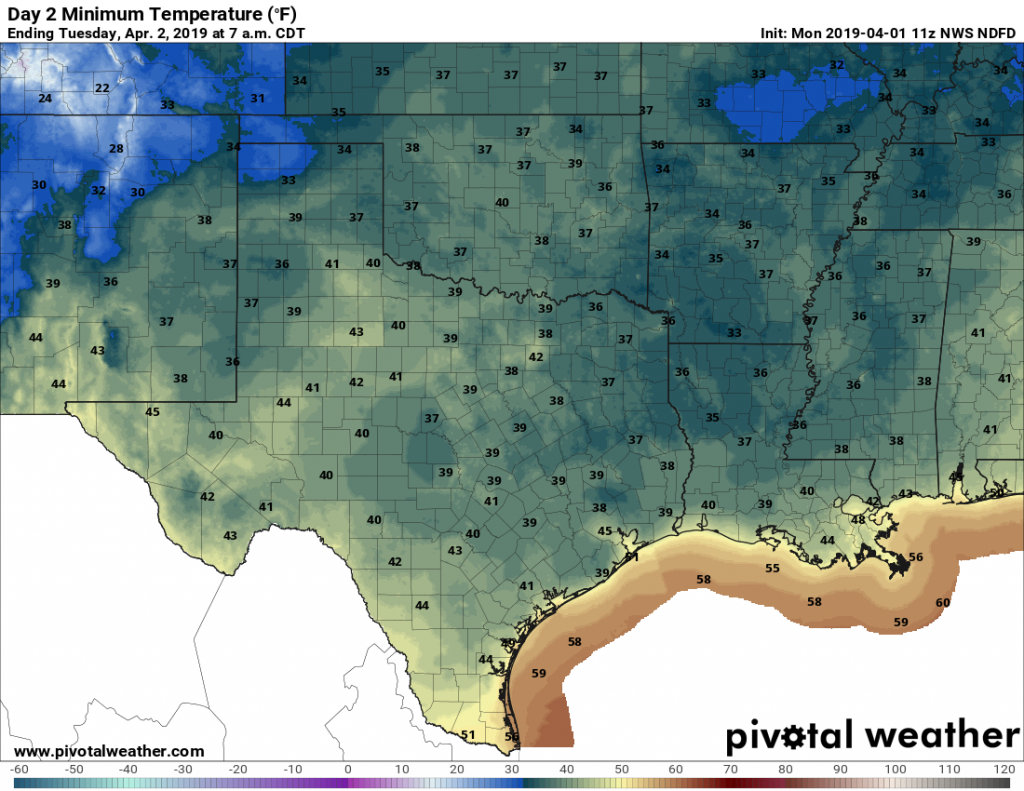 Monday night will offer one last, chilly night for this spring. (Pivotal Weather)

Moisture will be returning inland later on Tuesday, and that will allow for the development of clouds on Wednesday. Rain chances are low (about 20 percent) but not non-existent, as highs push into the mid-70s (it will be even warmer if the sun can break through the clouds for a bit).

Late Wednesday night or Thursday, some storms associated with a very weak cold front will approach and perhaps move through the region. The forecast models we look at are really split all over the place with this system—a dusting of rain, a half inch, or 1.5 inches?—but at this point we don’t expect much cooling. Amidst the rain and partly cloudy skies on Thursday we can expect highs near 80.

What does the weekend hold? Another potential rainmaker. A favorable atmosphere and ample moisture levels point to rain showers on Saturday and Saturday night, but again it’s hard to have too much confidence in totals. If forced to guess, I’d go somewhere in the range of 1.0 to 1.5 inches, but wouldn’t feel great about it. 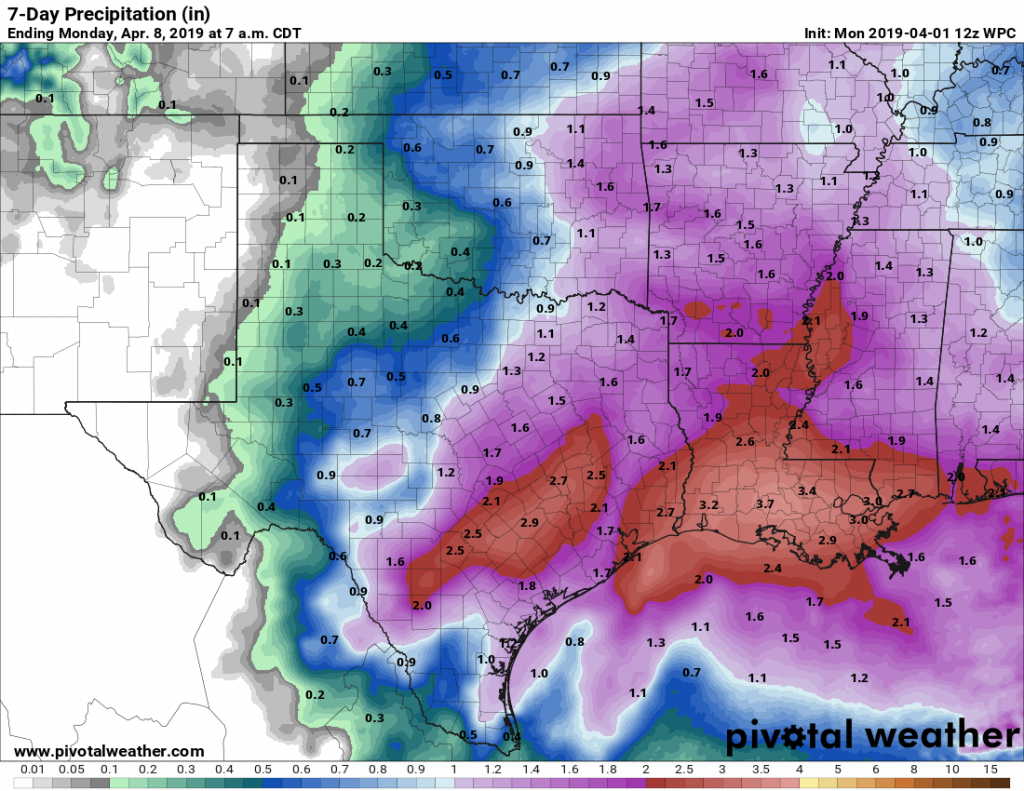 This rain accumulation forecast for now through Sunday is, at best, a rough guess. (Pivotal Weather)

Temperatures, at least, we can be reasonably confident in. Highs from Friday through Sunday will probably reach about 80 degrees, although they will be dependent upon the extent of sunshine we see—a bit sunnier on Friday, with more clouds over the weekend.

So when’s the next cold front? We’ve reached the time of year when fronts often become more scarce, although they’re certainly possible well into May. In this case, Highs are likely to remain in the 80s, with lows in the 60s, through the first 10 days of April after the present cold spell breaks.

Very likely, Monday night will see the region’s coldest temperatures until next October or November.