Here comes the heat. With high pressure in the vicinity of Houston, we’re heading into a classic heat pattern for the region during summer. It can get hotter than this—I don’t think the region will see much 100-degree weather this time—but the combination of heat and humidity will be stultifying during the midday hours.

These two days will be similar, so there’s no reason to separate them out. Both will see lots of sunshine by the late morning hours and throughout the day. Expect high temperatures to reach the mid- to upper-90s, with lows falling into the upper 70s for most areas except the coast. Light winds, out of the south at about 5 mph, will not provide much relief. 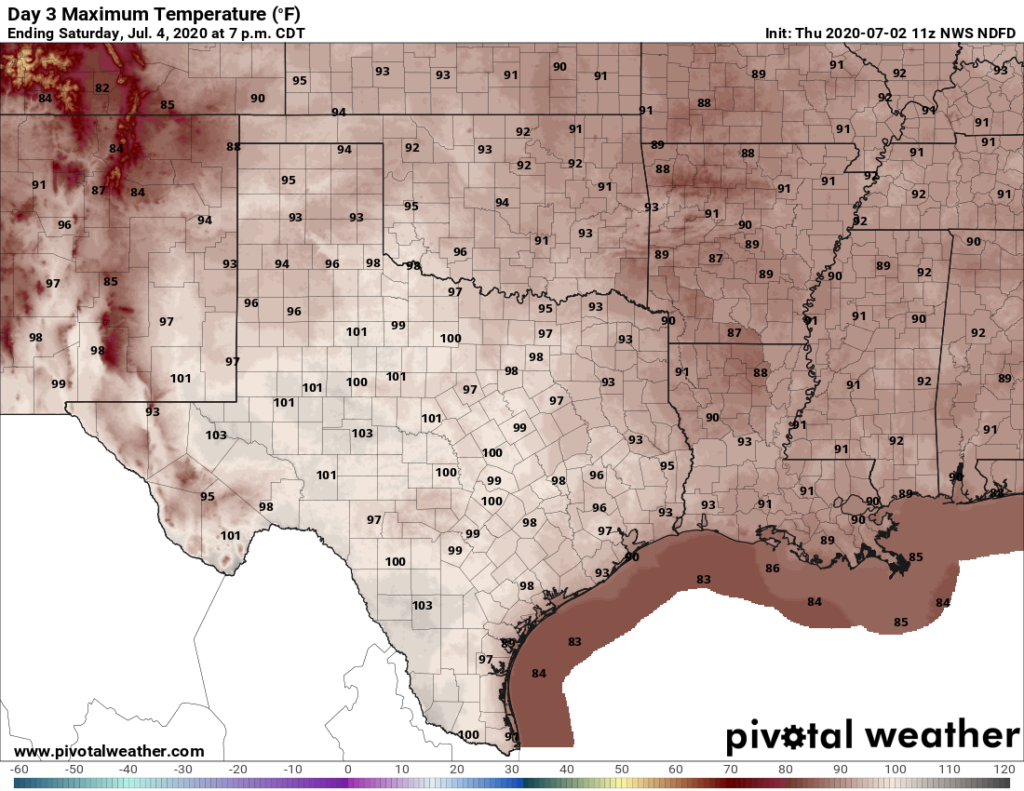 Conditions won’t change much on July Fourth. We may see a few clouds, and there will be some slight rain chances to the east of Interstate 45. But for most of us, conditions will remain hot and sunny, with highs likely in the upper 90s.

It looks like an upper-level low pressure system will now set up to the east of Houston, over the Gulf of Mexico, and so the best rain chances likely will set up for the eastern half of the metro area early next week. Confidence remains low—but if you live in a place like Katy I would not expect much rain, whereas if you’re in Baytown 0.5 to 1 inch may be in the cards. In any case, a few more clouds should take a bit of the edge off of temperatures for a few days.

After this, high pressure should again build over the region, and the second half of next week looks quite hot. Summer, y’all!

3 thoughts on “For the July Fourth weekend: Fireworks in the skies, heat at the surface”