June ended up with an average temperature of 82.5 degrees—which is bang on the normal temperature for Bush Intercontinental Airport over the last three decades. Thanks to persistent cloud cover and days of rain, the second half of the month was generally cooler after a hot start to the month. That may make the onset of July, and more typical summertime heat, a little more difficult to bear. For although this week’s heat won’t be exceptional, it will be a bit warmer than normal for July, which is to say hot and humid.

It is awfully sticky outside this morning, with temperatures generally at or above 80 degrees with dewpoints not far behind. There is a bit of dust in the air, as evidenced by the photos above. Some lingering clouds and a bit of moisture may help generate a few isolated showers this morning, but for the most part we should see clearing skies and soaring temperatures today, with highs rising into the mid-90s. Winds will be prominent out of the south, gusting up to 20 mph. Low temperatures Wednesday night will again struggle to drop below 80 degrees for much of the metro area. 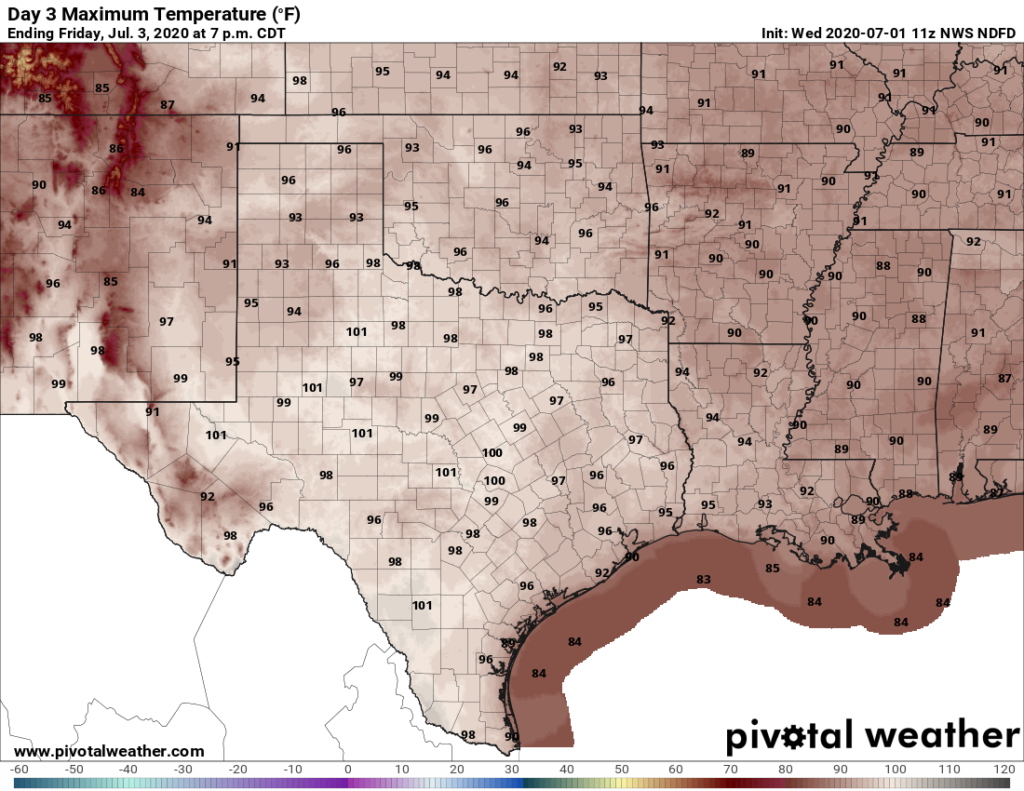 Texas is going to be hot this week. Here is a forecast for Friday’s highs. (Pivotal Weather)

Welcome to summer. With high pressure in control of the region’s weather we can expect a pair of hot and sunny days. Look for temperatures to rise into the upper 90s for most of the region, with plenty of humidity pushing the heat index above 100 degrees. These are the kinds of days when you’ll step outside in the afternoon and say, “Oh yeah, now I remember what summer in Houston can feel like.”

Weakening high pressure will allow for a slightly more unstable atmosphere to establish itself over Houston. For the July Fourth holiday this is unlikely to mean much of a change in our sensible weather other that the development of a few more clouds. Rain chances will probably remain fairly low over the region as temperatures rise into the mid- to upper-90s.

We’ll see a few more clouds on Sunday, and rain chances may nudge up a bit into the neighborhood of 30 percent. High temperatures should drop back into the low- to mid-90s but let’s be real—it’s still going to be darn hot and humid around here.

We should see a reasonably healthy chance of rain during the Monday through Wednesday period next week, but I don’t have much confidence in accumulations. Will you see a few sprinkles, half an inch, or two inches of rain? I have no idea. At least the return of some clouds should help to limit highs into the low 90s. 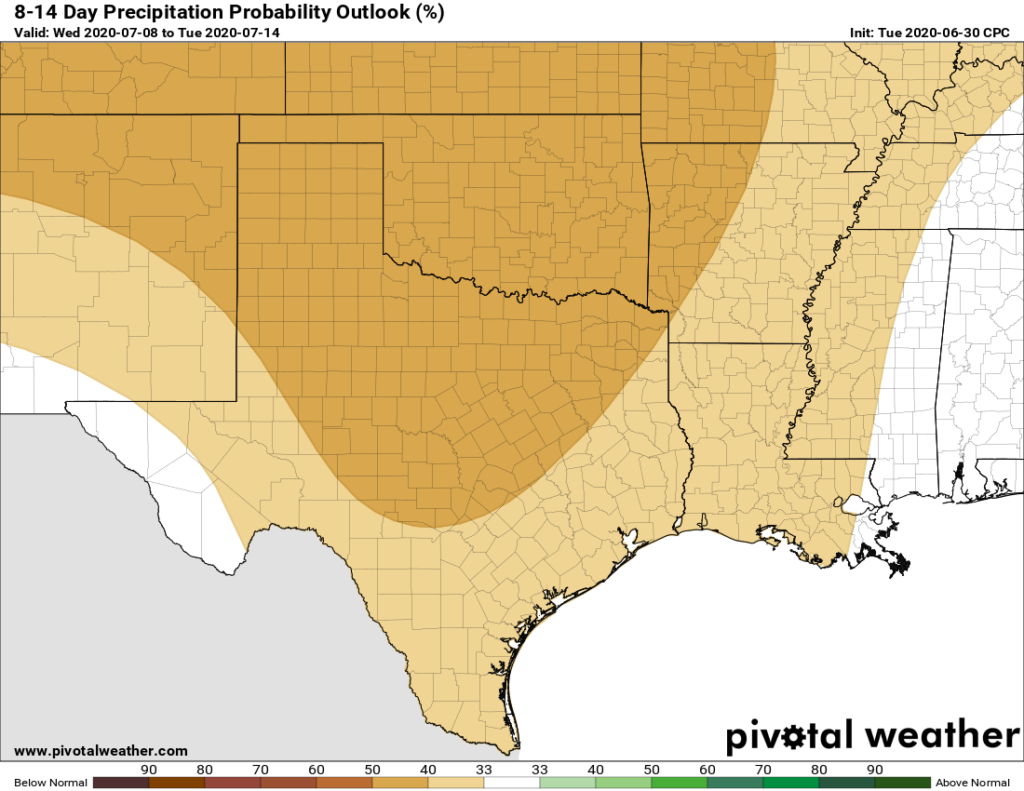 Matt posted the first of our weekly roundups about the Atlantic tropics on Tuesday evening, and it provides a great overview of the situation. The bottom line is that  we do not see any threats to the western Gulf for the foreseeable future. As always, we’re most concerned about August and September when it comes to Gulf hurricanes and we have no reason to doubt that period will be busy in the Atlantic this year.

One thought on “After a June with exactly normal temperatures, July is starting out hot”