A heavy round of showers has now pushed east of the metro region, moving along the coast and toward Beaumont. Behind that, the front (with much lower dewpoints) is pushing into southeast Houston. And behind the front, there’s another area of fairly heavy storms moving east-northeast. We think this is probably the last really burst-y area of storms that will affect Houston tonight. After this, from 2am or 3am onward, we should see some additional light to moderate rainfall, but this too should peter out by around sunrise or shortly thereafter. 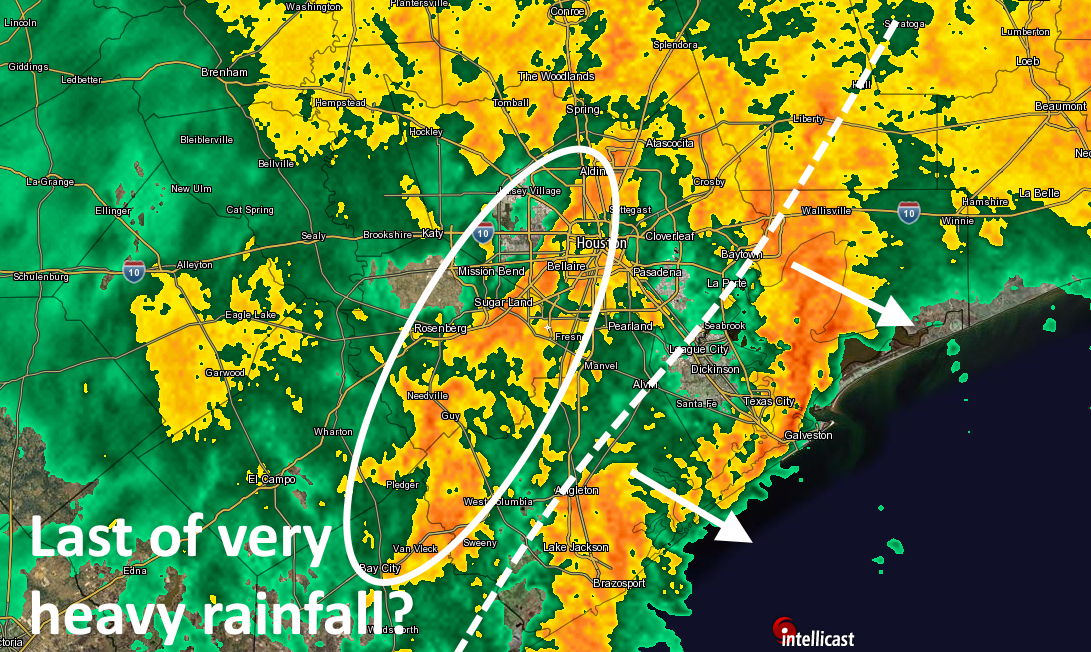 We’re still concerned about the West Fork of the San Jacinto River, which we mentioned earlier, and South Mayde Creek and Langham Creek in Western Harris County are out of their banks and spilling into nearby streets and parks, according to the Harris County Flood Control District. Elsewhere, bayous and creeks are holding.

This is almost over, so hang tight, and lets begin to dry out come sunrise.

8 thoughts on “Front moving through, a few more hours of moderate to heavy rain”