Houston’s temperature officially reached 65 degrees at Bush Intercontinental Airport this morning shortly after 2 am, and from there it kept on falling. By shortly before sunrise, the low had dropped to 57 degrees. At Hobby Airport, in the midst of the city, the low reached 59 degrees on Tuesday morning. It all feels rather spectacular, and worth celebrating Fall Day. 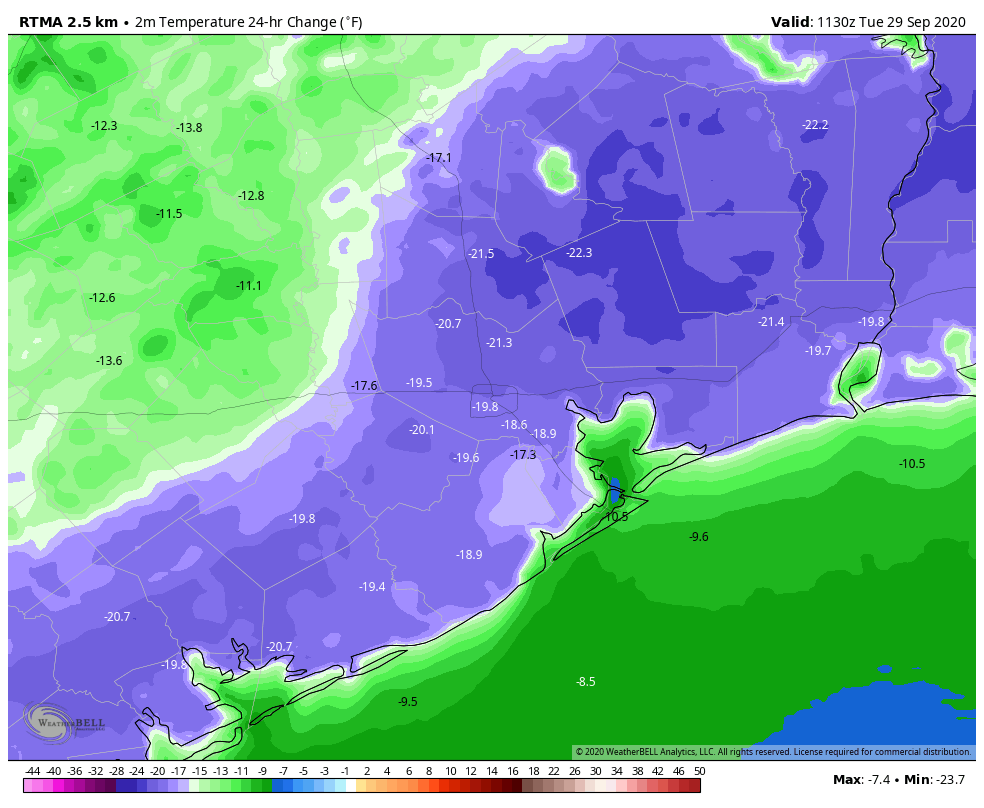 Simply put, today will be fabulous. There still will be a bit of wind out of the north, but it won’t be like Monday’s gusty conditions. Highs will likely only reach about 80 degrees despite sunny skies. And this evening, well, temperatures should drop a degree or two below what we saw on Monday night beneath clear skies. Winds will be calm.

After another cool morning—chilly, even, for far inland areas—this should be another splendid day for the area, with highs in the low- to mid-80s. As the frontal air mass begins to modify, expect lows on Wednesday night to be several degrees warmer. 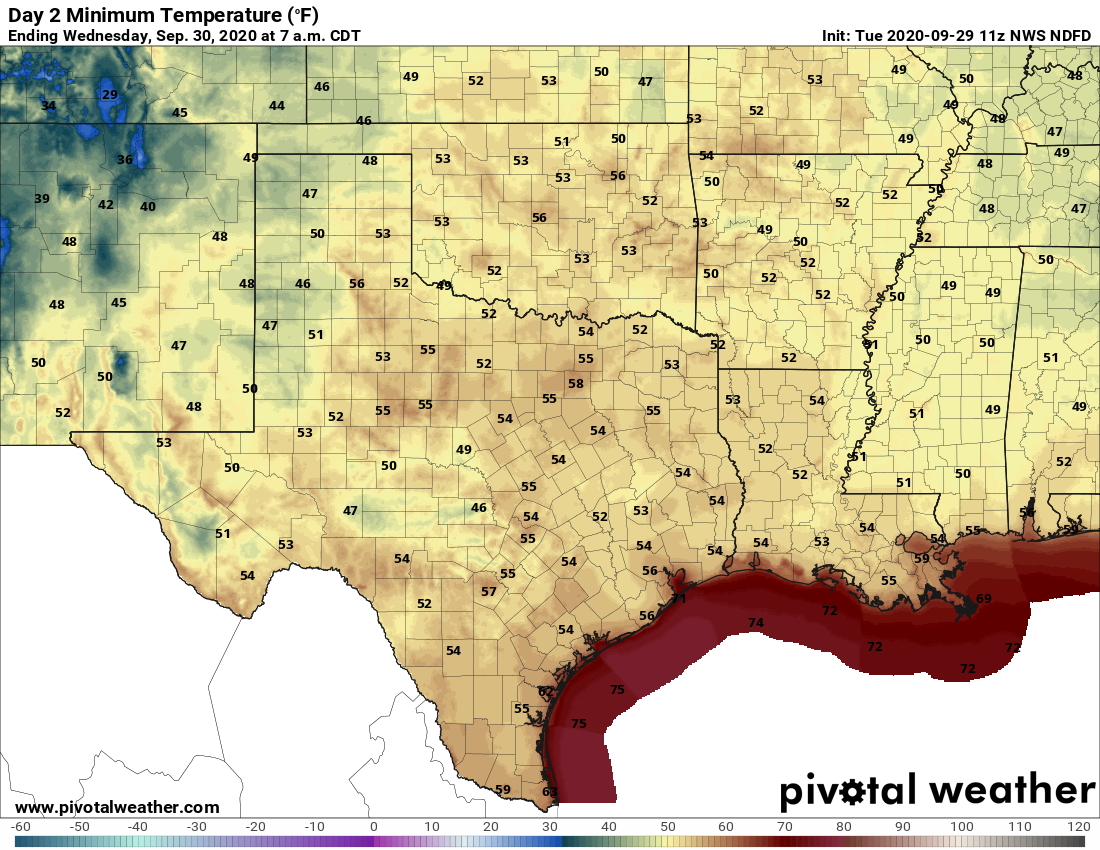 These will be a pair of warmer days, with a few clouds possible on Thursday. Both days should see highs somewhere in the mid-80s, or possibly upper 80s on Thursday. Another, weaker front should push into Houston on Friday and this will set the stage for a nice weekend.

With another push of drier air, the first half of the weekend looks great, with highs on Saturday in the low 80s, and fairly low humidity. The onshore flow should return on Sunday, but I’d still expect highs to stay in the 80s, with plenty of sunshine. Should be a great weekend for outdoor activities. 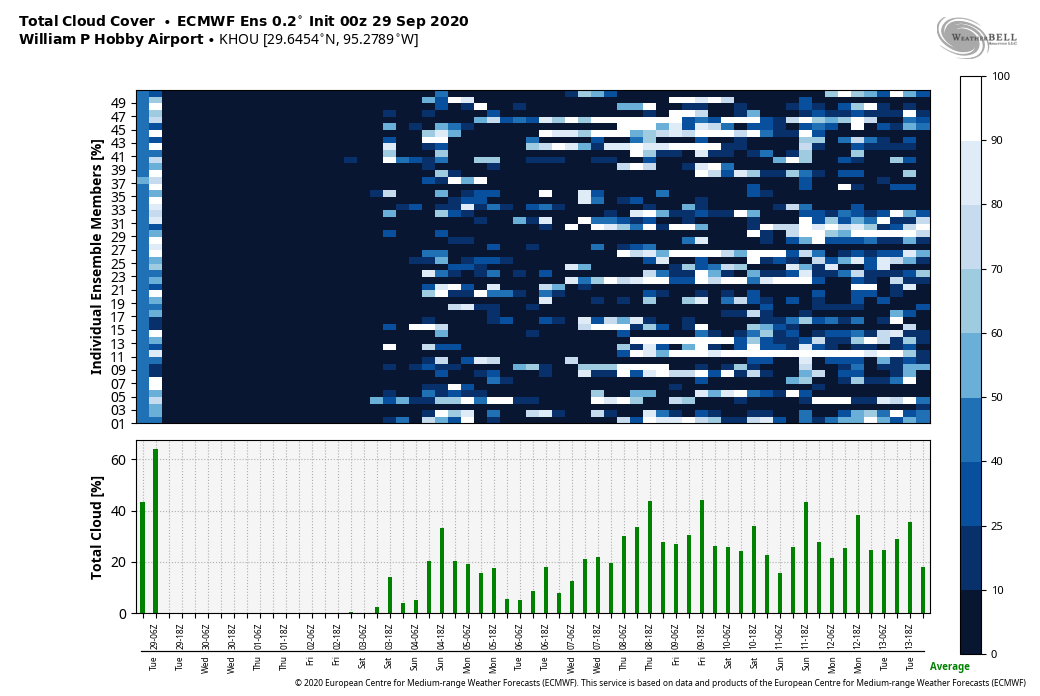 Right now it appears as though another modest front may make it into Houston on next Monday, or so, but details are a bit sketchy. The bottom line is that we expect mostly sunny skies through the middle of next week, by which time a chance of rain finally returns to the forecast.

The National Hurricane Center has increased the chance that an area of low pressure in the northwestern Caribbean Sea will develop into a tropical depression or storm to 50 percent over the next five days. There are probably a couple of scenarios for this system, including a weaker storm tracking westward into Mexico, or eventually a strong storm moving north toward Florida. Again, while we can’t rule anything out, we have a hard time seeing how it would eventually move toward Texas.