A large mass of storms continues to work through the Houston metro area this morning, but the rains have been manageable for the most part, with accumulations of 1-2 inches. However, we do have some significant concerns about areas to the southwest of Houston.

A particularly strong band of showers has established itself in Wharton and Fort Bend counties this morning. One location on the Colorado River, south of Wharton, briefly recorded rainfall rates in excess of 4 inches per hour, and has measured nearly 10 inches of rainfall since shortly before sunrise. A flash flood warning is in effect for this area through 9:45 a.m., and we anticipate these storms will slowly move east, toward Brazoria, southern Harris, and Galveston counties this morning. So if you live in the southern half of the metro area, pay close attention to the radar for the next several hours. 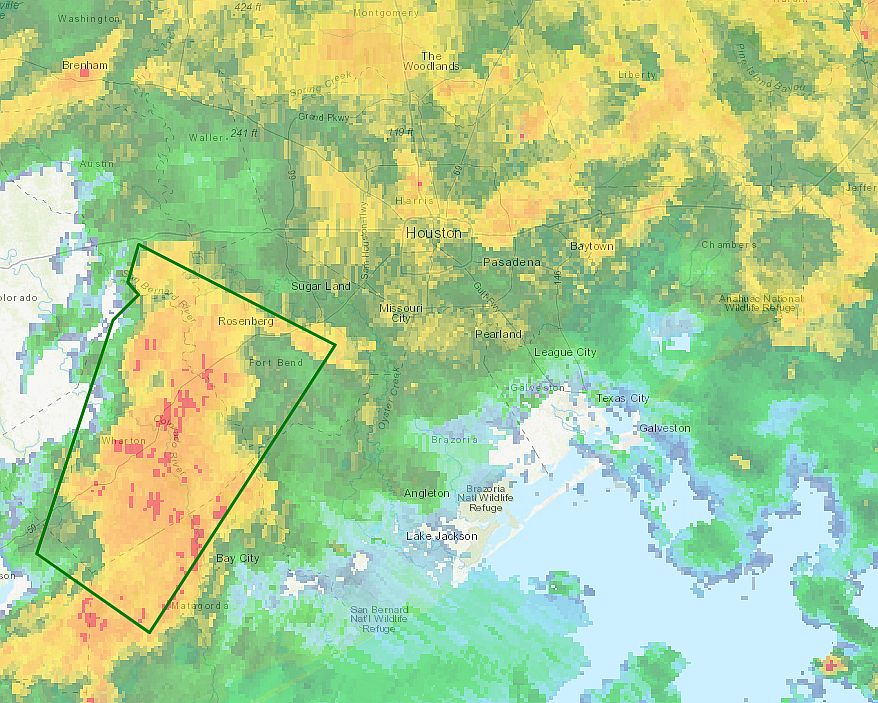 Area of flash flood warning in effect until 9:45am CT. (National Weather Service)

Most of the high-resolution modeling suggests this very moist air mass will shift mostly offshore by this afternoon, perhaps by around 2pm to 4pm. This should then lead to a reprieve in widespread storms at least through this evening.

The forecast for Thursday and Friday is not particularly clear, but we do not expect quite the organized storms that we are seeing across much of the Houston metro area this morning to persist. Nevertheless, heavy rain will remain a threat heading into the weekend. We will try to firm up this forecast in a new post later today.

4 thoughts on “Heavy rains possible today through the early afternoon”