Conditions are quite cold across the region this morning—with near freezing temperatures in most of Houston, and a light freeze over northern areas such as Conroe and Huntsville—as we grapple with our latest strong front. The good news is that we’ll see a warming trend this week, and as of now, the weekend looks pretty nice.

Before jumping into the forecast, I just want to say a truly heartfelt thank you to all of our readers who have contributed to this year’s fundraiser for Space City Weather. We’ve had a tremendous response so far—inspiring, really. With less than 24 hours remaining, we’re on pace to top last year. Again, buying a t-shirt or umbrella, or donating, is entirely optional. We’re committed to keeping the site free, regardless. But we really do appreciate the help.

With high pressure dominating our weather, we’ll see mostly sunny skies today, and we should see a warm-up into the low 60s. Temperatures will be warmer tonight, as the onshore flow kicks in. I’d expect lows to be about 10 degrees above lows on Tuesday morning, so we’re done with the freezing temperatures for now. 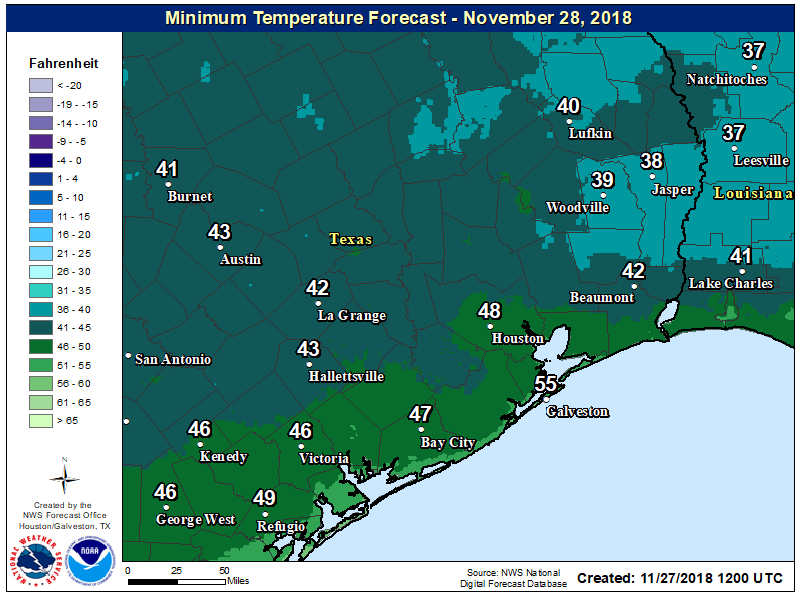 Low temperatures on Wednesday morning won’t be quite so chilly. (National Weather Service)

This will be something of a transition day, as atmospheric moisture begins to flow back into the region. I’d expect partly sunny skies, with a high in the low 70s, and returning humidity. By Wednesday night clouds should be back in force, and this will keep most of the city at around 60 degrees for lows.

A weak low pressure system will drag itself across Mexico and into Gulf of Mexico this week, and by Thursday and Friday this could produce some light to moderate rain showers across the metro area. Chances will be highest to the east of Houston, but even then we’re talking about tenths of an inch of rain. For the most part, these will simply be somewhat cloudy, warmer days in the upper 70s with humidity moving back in. 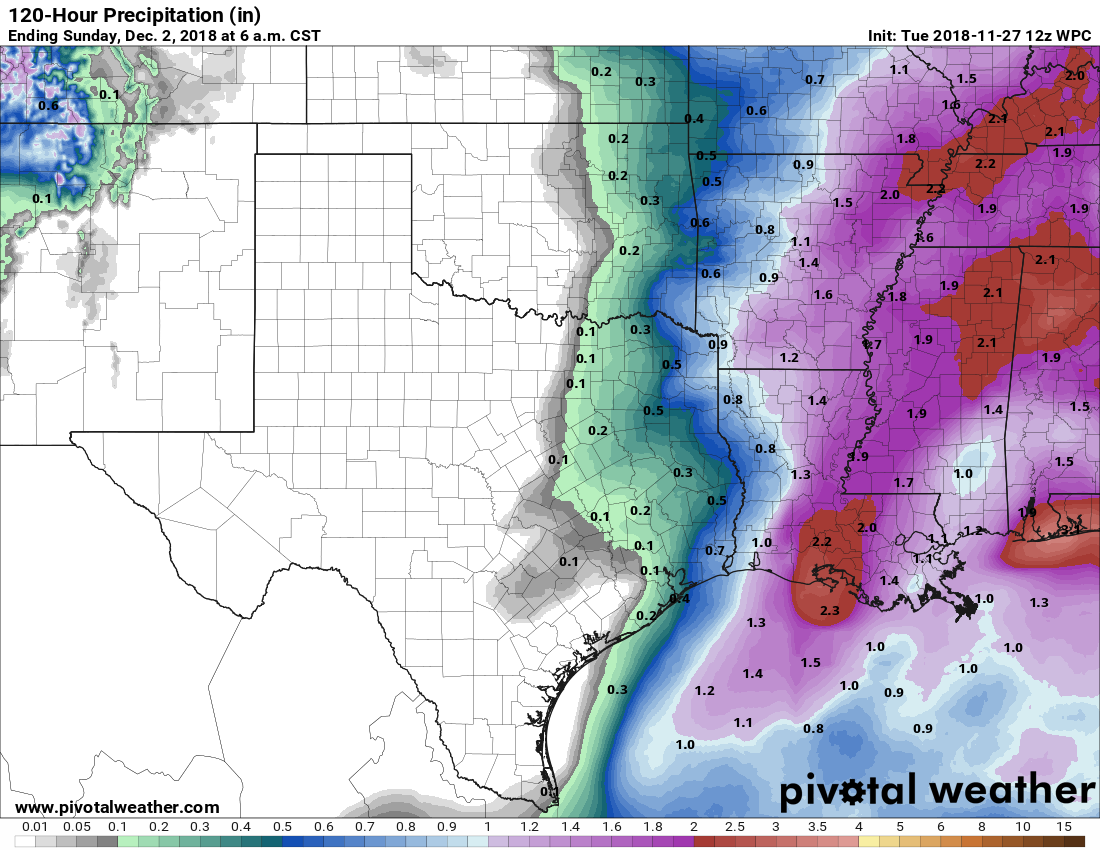 A front will move through the region on Saturday, and for now I don’t expect too much action with the passage as dynamics are more favorable for storms well to the north of Houston. This should make for a pretty nice day, with highs in the mid- to upper-70s, sunshine, and drier air. Lows Saturday night will likely fall into the 50s for most of the region.

Sunday looks fairly nice, too, with partly to (mostly?) sunny skies and highs in the 70s. The front probably won’t move all that far out into the Gulf, so as it moves back onshore we may see some slight rain chances later in the day that will persist into early next week. (The forecast gets a bit fuzzy by this point). A stronger front arrives later on Monday or Tuesday, and that will make for another colder spell of weather by the middle of next week. I’d guess highs in the 50s and lows in the 40s, with zero rain chances for that period.

Facebook readers may recall that my wife fostered a mom and four puppies in November, and we had one adorable boy, Tobi, left for adoption. I’m thrilled to report that he found a great home in Friendswood, with four young children to play with and a big backyard. 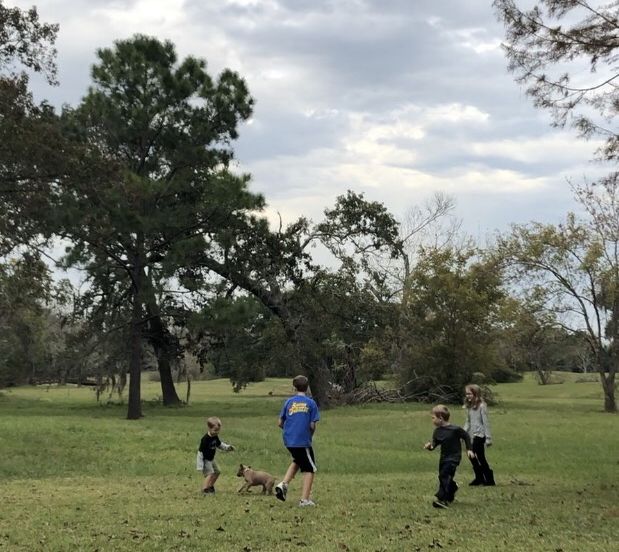 Tobi playing with his new family this weekend.

Thanks to everyone who responded to our request for adoption. I’d be lying if we said we didn’t miss the little guy, though.

6 thoughts on “Houston to warm up, with another nice weekend likely on tap”