At 5 pm CT on Saturday Hurricane Hanna made landfall along Padre Island, with maximum sustained winds of 90 mph. For Houston, our forecast remains unchanged. We will see periods of at-times heavy rainfall, but it should be intermittent enough that the worst impact we anticipate is some brief street flooding. Heavy rains should be more scattered on Sunday and backing off further on Monday. The rest of this post will focus on South Texas, where Hanna’s rainfall potential is much more serious. 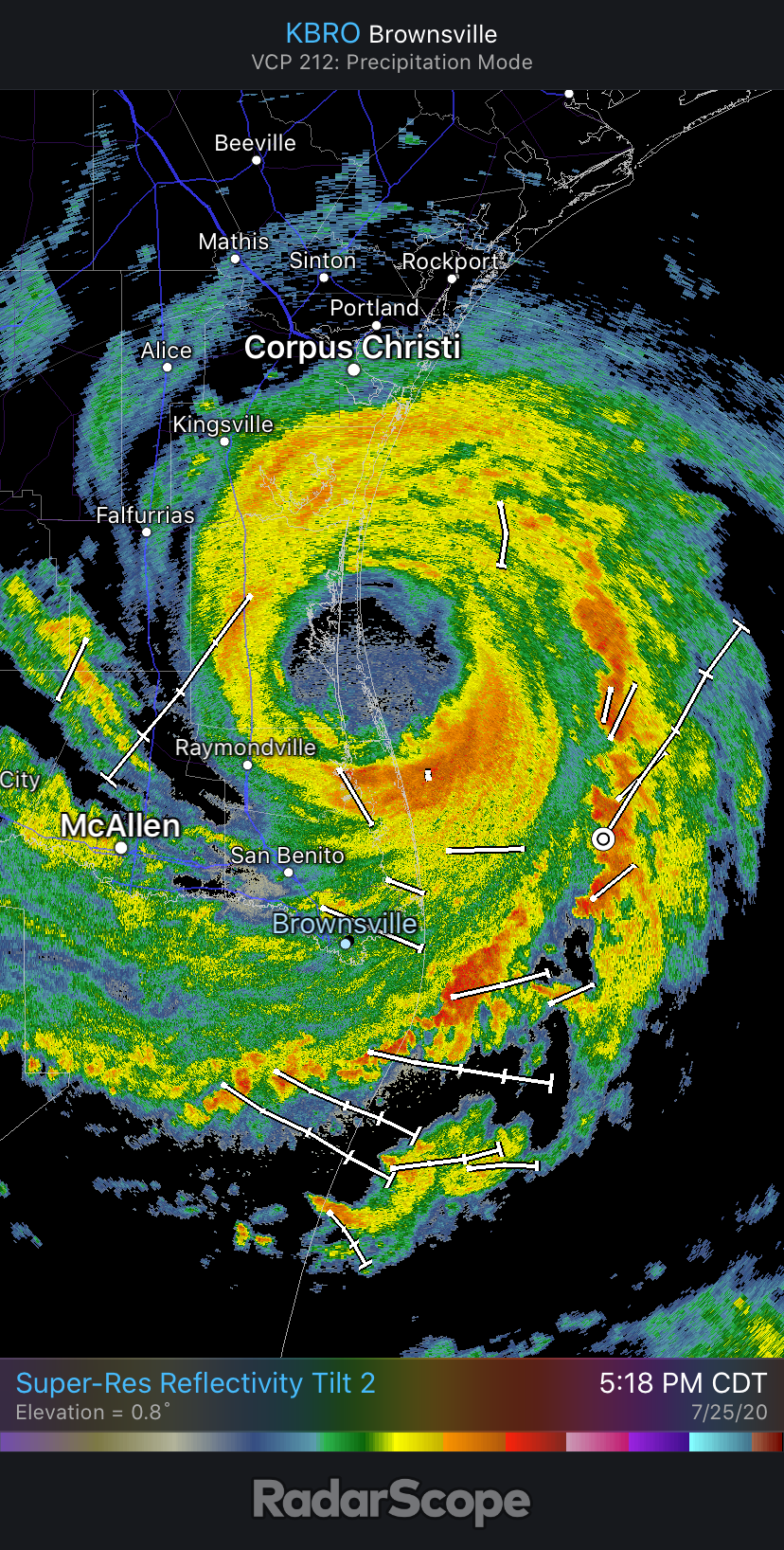 The rapid intensification of Hanna over the last 24 hours has helped drive a storm surge of 4 to 6 feet into locations near Port Aransas and Corpus Christi. The storm’s strongest winds have come in the largely unpopulated area between Corpus Christi and South Padre Island; and as Hanna moves inland its winds should continue to die down. Looking ahead, inland rainfall and the resulting flooding will almost certainly be the biggest concern.

Torrential rainfall continues to fall across South Texas, and this is likely to continue from now through Sunday. Hanna is moving, but it is only sliding slowly to the southwest at about 8 mph. For the next 24 hours to 36 hours, before Hanna moves into Mexico, away from the Gulf of Mexico, and begins to dissipate, the storm will be capable of tapping the warm Gulf waters to produce heavy rainfall. 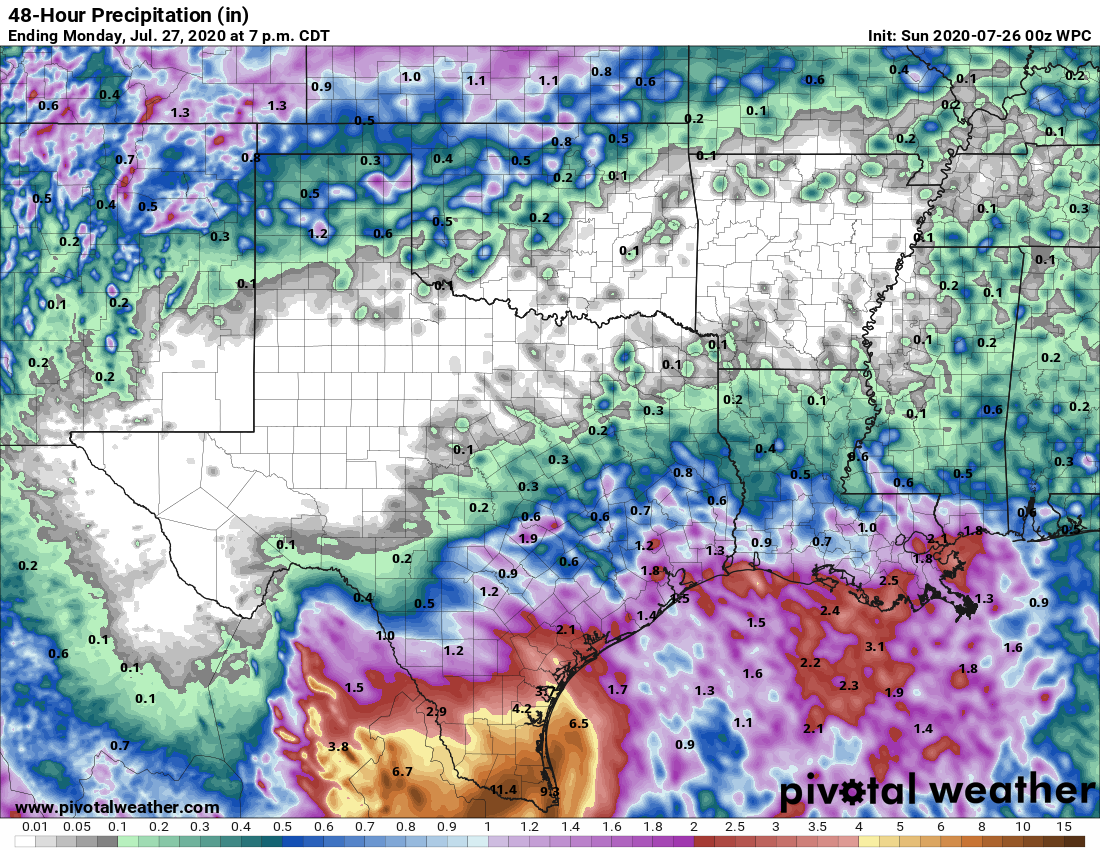 Some high resolution modeling suggests that an additional 6 to 12 inches of rainfall may fall in locations such as Hidalgo and Cameron counties during this time period. And with these kinds of widespread totals we can probably expect some locations to receive as much as 15 inches of additional rainfall. This will lead to significant flooding problems in a region of the state already strained by the COVID-19 pandemic.