Let’s begin this morning’s post with a quick look at 24-hour rain totals for the broader southeast Texas region. Imelda moved inland near Freeport on Tuesday, meandered up toward Sugar Land, and is now near, or just west of The Woodlands. Since that time the storm has brought a devastating amount of rainfall to coastal Brazoria County (nearly 20 inches in some locations), and upwards of 8 inches or more for places to the right of the storm’s track near Alvin, Friendswood, Pearland, and Clear Lake. 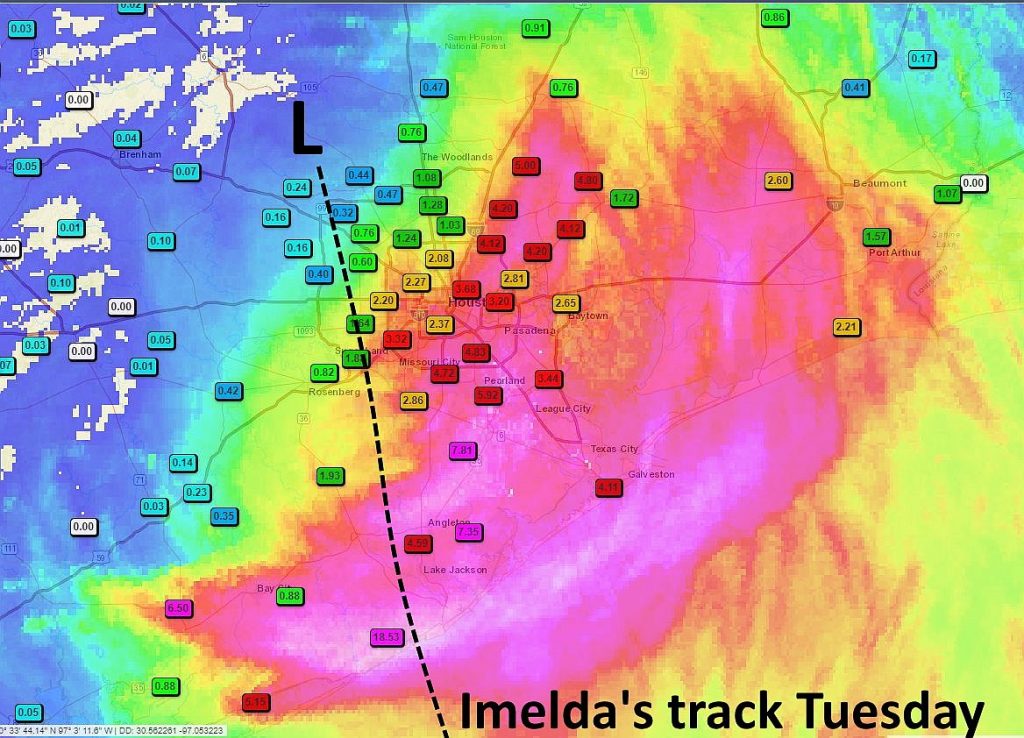 So what comes next? Imelda’s heaviest rains are continuing well to the south and east of the storm’s center, with much of the most intense rainfall just offshore. (This is good, because an area near Sargent recorded a 5-inch hourly rainfall rate last night).

This intense coastal band is, at present, capturing the deeper flow of Gulf moisture before it can move inland. Long story short, the band highlighted in the radar map below is effectively a shield this morning preventing heavy rainfall over the central Houston area. 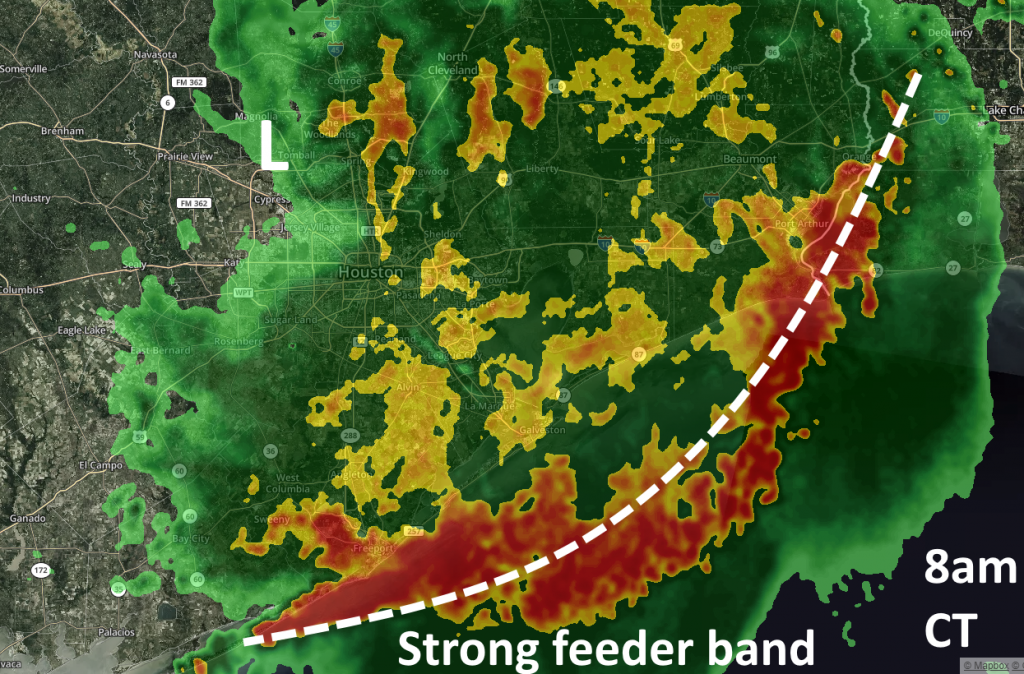 Beyond this morning, however, we’re kind of flying blind as to where storms will redevelop later this afternoon and evening. Sometime later today the feeder band shown above should have broken down, and along with some daytime heating we can probably expect storms to re-form over inland areas. But whether that’s over Clear Lake, downtown Houston, or points east is pretty hard to determine. Our short-range modeling does a pretty poor job during these kinds of situations.  If you want my best guess—and this really is a guess—we’ll see some kind of mass of storms form over the central Houston area this afternoon or early evening, and then push into Liberty County later tonight. These could be relatively moderate storms, or quite intense.

For now, at least, Imelda looks to be manageable for all of the region except for the immediate coast, as well as flooding along Clear Creek to the southeast of Houston. More later.