Before jumping into the forecast this morning I want to announce the beginning of our 2020 fundraiser, which will last for the next three weeks. We only do this once a year, and never during inclement weather, because Matt and I do not want to seem opportunistic. But if you would like to help support the site—which is a considerable undertaking—this is your chance. All items should arrive a week before Christmas.

At our fundraising link you can purchase:

With this design Matt and I hope to earn your vote in 2021. Our campaign promise to you: Low humidity!

Given the horrendous hurricane season endured by our neighbors to the east this year, we are donating 25 percent of proceeds from the “Texas stands with Louisiana” shirt to the Louisiana-based charity SBP, which helps homeowners and businesses rebuild after tropical disasters. The design of this t-shirt and sweatshirt showcases Texas’ solidarity with our neighboring state after it endured five hurricane landfalls this year. 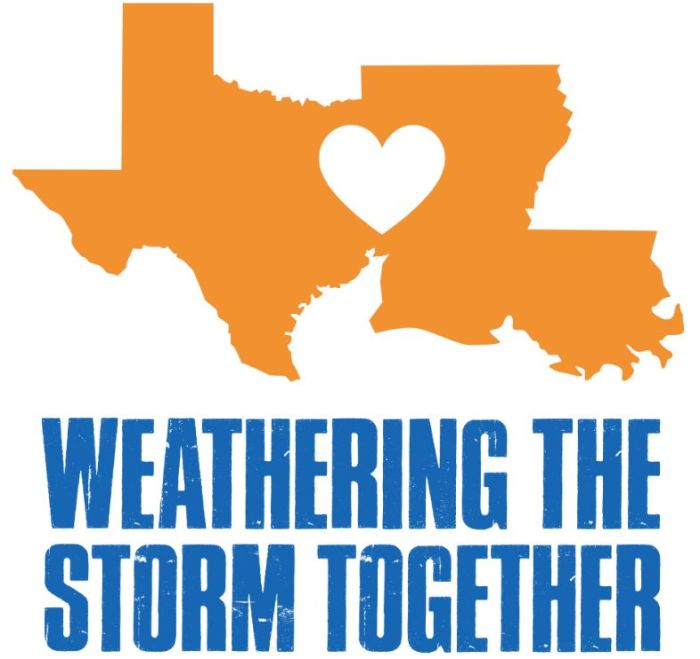 Louisiana-Texas t-shirt design. 25 percent of funds raised with this design will be donated to SBP.

Thank you for your support—Matt and I are always truly humbled by the response to this fundraiser.

Today’s weather will more or less be a continuation of Sunday, with some patchy fog in the morning giving way to partly sunny skies later in the day. Expect light southeasterly winds, and highs to reach into the low 80s for most areas. Temperatures Monday night are unlikely to drop much below 70 for most areas, with plenty of humidity. This should be the warmest night of the week.

This is the day a cold front approaches the region, but it probably will not push into the metro area until the overnight hours. Also, it’s almost certainly going to stall near the Interstate 69 corridor—so if you live south or east of Houston you’re unlikely to see much of a sensible change in your weather. This front may generate some scattered, light showers, but overall rain chances are probably less than 30 percent on Tuesday and Tuesday night. Expect highs to reach around 80 degrees.

The effects of the front will wash out pretty quickly on Wednesday as the it waffles around and retreats, but our overall flow should turn more easterly to end the week. The net effect of this will be to bring slightly drier and cooler air into the region. Expect sunny days, highs of around 80 or in the low 80s, and overnight lows dropping into the low- to mid-60s except right along the coast.

This weekend should see a continuation of our sunny weather and warm days, with highs of around 80 degrees, or a bit warmer. The pattern finally changes—timing to be nailed down later—with a front later on Sunday, or Sunday night to bring much drier air into the region and cool us down. At this point, the front does not look much like a rainmaker however. 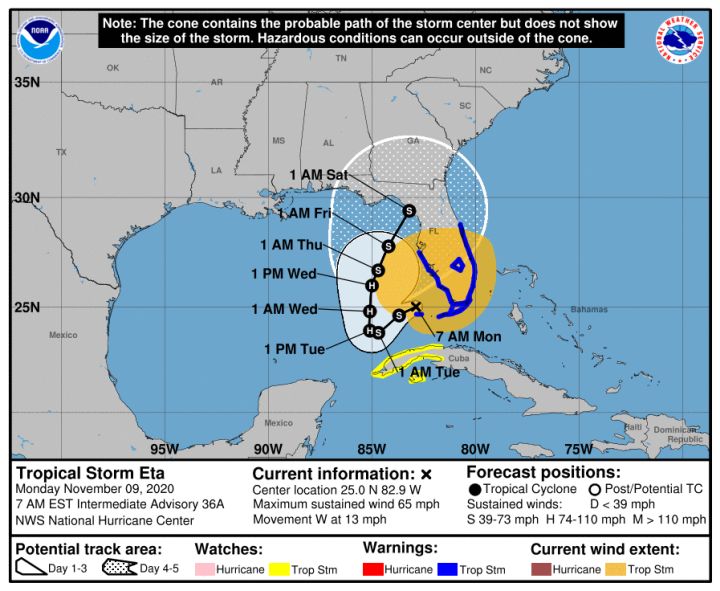 But there is another reasonably likely possibility in which Eta continues to drift west in the Gulf of Mexico on Tuesday and Wednesday and then … succumbs to wind shear and dies, or bends back north toward the northern Gulf of Mexico coast, or keeps drifting southwest into Mexico. 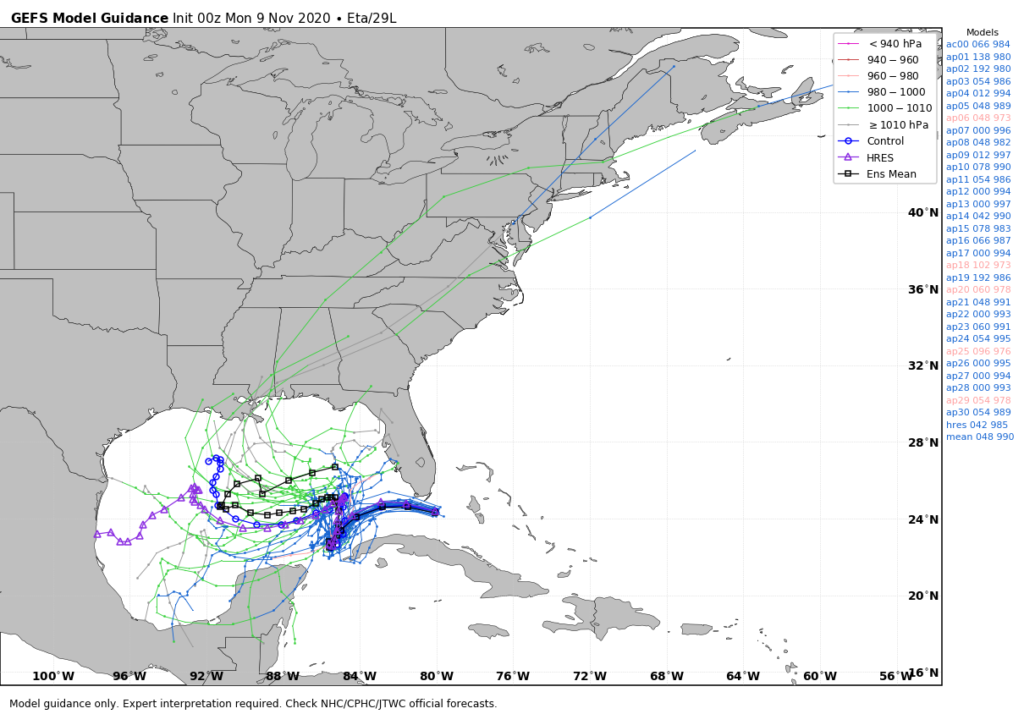 If you’re looking at this and you’re worried about Texas, don’t be. There are no real plausible scenarios in which Eta drifts westward far enough, and holds a circulation together long enough, to have a meaningful impact on the state.