Happy Valentine’s Day, an important day in southeast Texas weather history! We have at least a couple more nice days ahead before some pretty significant changes slowly evolve next week.

It’s a bit cold this morning. Temperatures are in the upper 30s to low 40s on average. A few isolated spots north of The Woodlands or out by Rosenberg in Fort Bend County are near or below freezing this morning. 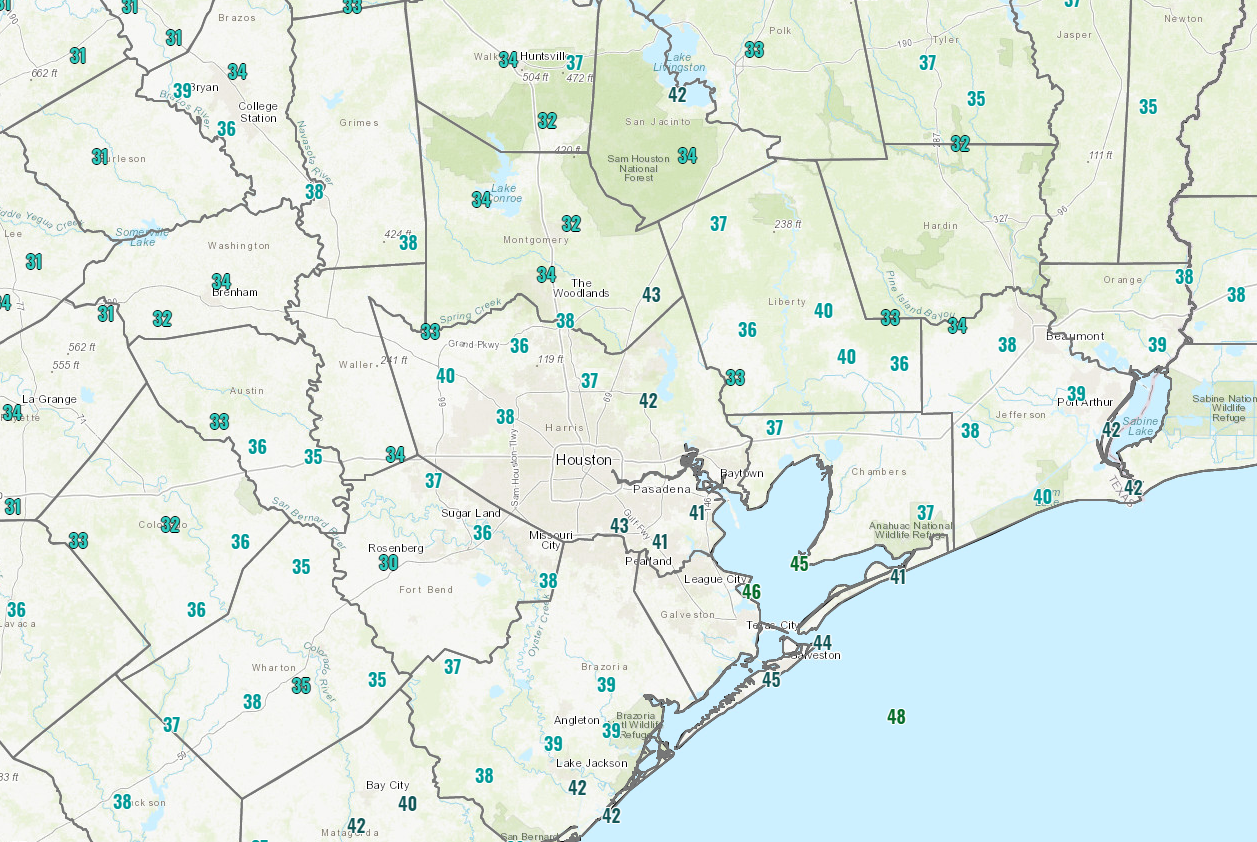 Temperatures as of 5:30 AM Friday are in the 30s and 40s, with a few locations near freezing on the edge of the Houston metro area. (NOAA)

The chilly temps are partially because skies are clear, which means gorgeous weather is expected today. Sunshine should dominate with mostly light winds, though a bit breezy at times still on the Gulf and in the bays. High temperatures will warm up to near 60 degrees.

Tonight will be cool, but temperatures will be a few degrees warmer than this morning’s lows. Look for 40s in general, followed by sunshine once again for Saturday. Clouds should become a bit more noticeable as the day goes along, and high temperatures will be a bit milder. We should top off in the 60s in most spots, perhaps near 70 if clouds are slower to arrive.

Clouds thicken up Saturday night and Sunday. With the clouds could come a few showers, especially south and east of Houston. Additionally, some fog may develop by Sunday morning in spots. Otherwise, it will just be mostly cloudy and mild, with highs reaching into the 70s after morning lows in the 50s.

Buckle up for a temperature roller coaster ride next week. We start on the warm side, with morning lows in the 60s and daytime highs in the 70s on Monday and Tuesday. Clouds will dominate with fog likely on the coast and inland at times as well. There won’t be a lot of significant rain, but a few showers will be possible on both days.

A pretty strong cold front looks poised to move through Houston on Tuesday evening. That will allow for temperatures to drop into the 50s and 40s. There will be a number of things to consider after this front passes through, including rain chances, eventual risk for a freeze and the chances of wintry precipitation somewhere in Texas.

As it stands right now, both Wednesday and Thursday look cloudy and cold. Wednesday will probably see temperatures in the 50s, if not some 40s in much of the area. It’s still several days out, but I think Thursday may not even see temperatures get out of the 40s. Importantly, the clouds should prevent much, if any risk of a freeze through Friday morning. By the time we clear out, either by Friday or Saturday, the coldest air will likely have departed, so freeze risks Friday and Saturday mornings do not appear to be a serious concern right now.

Both Wednesday and Thursday will likely see light rain or showers. There are likely to be a couple areas of heavier rainfall on those days, however. Where exactly those occur is an open question right now. Either way, expect rainy conditions next week. 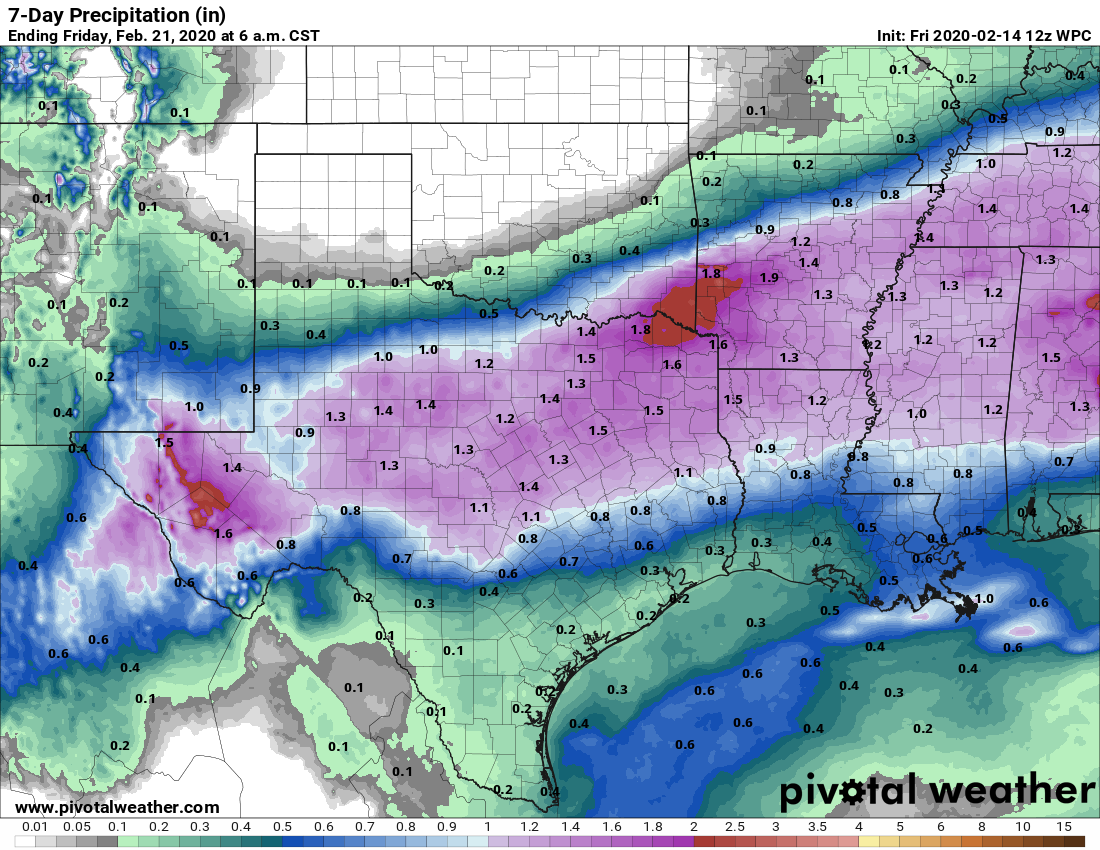 As of today, the heavier rainfall next week is expected to our north and west, but this could change a bit in the days ahead. (Pivotal Weather)

The current forecast would call for roughly a half-inch of rain next week, give or take. A few spots would likely see more, and if the orientation of heavier rains can change, we could be talking north of an inch of rain for some folks.

With cold air arriving and precipitation chances continuing for a couple days after the cold front, could we be talking about wintry precipitation too? I sort of perked up yesterday while looking at both the model forecasts, as well as the upper air pattern next week over Texas. As these things go, it was not an especially bad setup for winter weather in Texas, historically. That has faded somewhat today, though some modeling does still explicitly print out some snow or a wintry mix north and west of San Antonio out into West Texas next week. We would need to see a colder air mass over Houston, as well as a significant south and east shift of some of the heavier precipitation for this to maybe change, and that’s still a long shot.

Regardless, we will watch how this evolves over the weekend and update you on everything Monday!

5 thoughts on “Nice Friday, warmer weekend, but back to winter by later next week”