Houston will remain in a gray, humid funk until Tuesday night when a cold front pushes through the area. However, this front is not going to scour moisture from all levels of the atmosphere, so we’re going to see very good rain chances on Wednesday and Thursday before another front clears us out. Don’t expect to see much sunshine until Friday, at the earliest.

Patchy fog should clear out by mid-morning, leaving behind a mostly cloudy and warm day with highs in the mid- to upper-70s. Some very light showers will be possible later today, but mostly skies should just be gray. Winds will be out of the south, gusting up to 20 mph and really pumping moisture in the region. Look for low temperatures only to fall into into the upper 60s tonight. 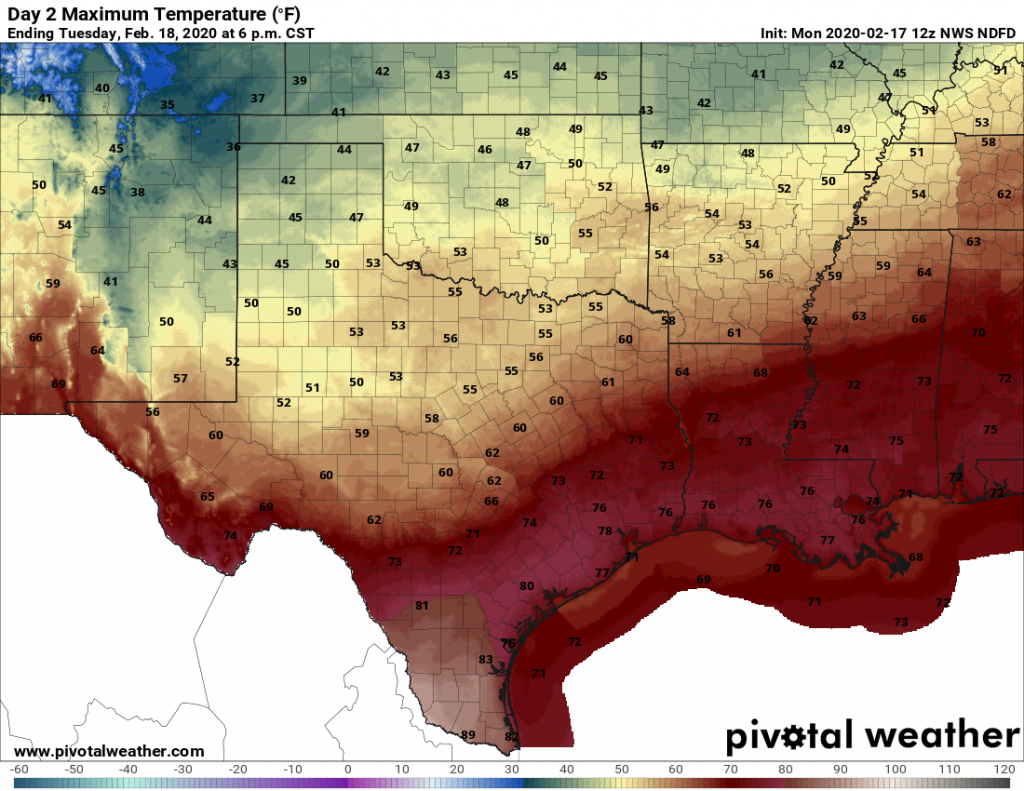 Tuesday’s high temperature forecast shows where the front will reach, and where it won’t. (Pivotal Weather)

This day will be similar to Monday in terms of fog and temperatures. The only difference is that a cold front will approach the area from the north, and bring an increased chance of rain. This will be especially true for northern areas, such as Montgomery County, which may see as much 0.5 inch of rain whereas the coast sees little to none. The front itself pushes into the area on Tuesday night for the northwest half of Houston, and likely sometime Wednesday morning for coastal areas.

Expect gray, cold, and wet conditions. In contrast to most fronts, atmospheric moisture levels will remain high, and this will drive healthy rain chances for Wednesday and Thursday. It seems a safe bet that much of Houston will see 1 to 2 inches of rain, with the potential for some spots (especially in Montgomery County and points north) to receive as much as 3 inches. Highs both days will likely be somewhere in the 50s, with lows in the 40s. 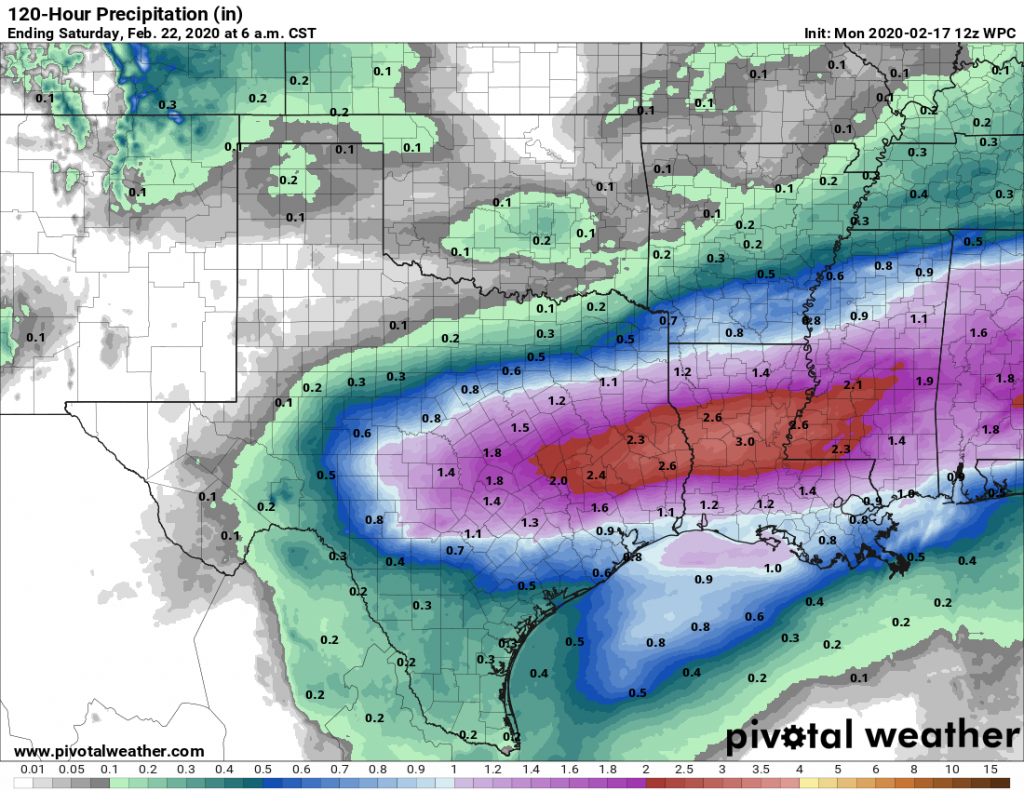 A second frontal push should dry out the atmosphere, bringing some nicer weather to Houston, with partly sunny skies and highs in the mid-50s.

For now, the first half of the weekend looks pretty nice, with highs in the 60s and at least a little bit of sunshine. Overall confidence isn’t that high, however.

The onshore flow returns pretty quickly, sometime on Saturday, which should lead back to highs of around 70s degrees and decent rain chances for Sunday and the early part of next week. A stronger front later next week should finally bring several days of sunshine to the region.