This is our last day with gray, soupy weather before a front clears us out on Wednesday night. But as we’ve been saying, the forthcoming winter interlude will only last a couple of days. Enjoy the sunshine while it lasts!

Conditions this morning depend upon where you live, with much warmer conditions in the low 60s right along the coast, where a warm front has pushed back on shore, and lows of around 50 degrees well inland, where the front has not yet reached. Highs today will mostly be in the 60s, with temperatures on the cooler end inland and warmer along the coast. A series of showers—mostly light but possibly with a few heavier thunderstorms—should move through the area this morning and clear by later this afternoon. 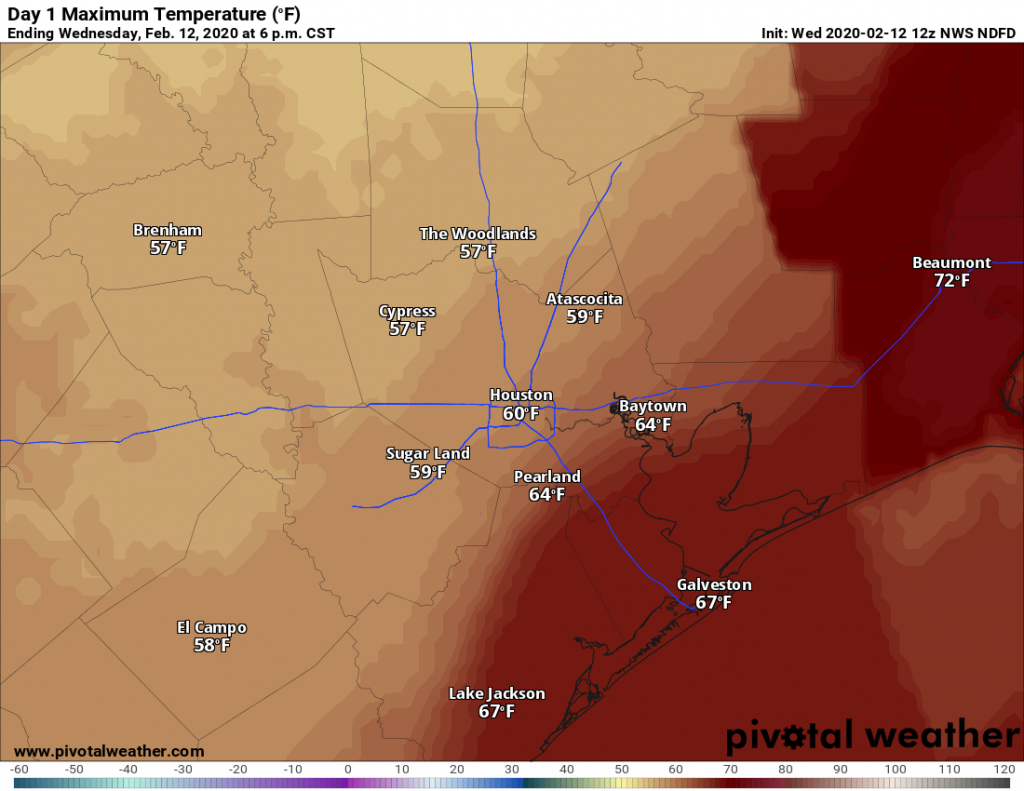 For the most part, rainfall totals should be under one-half inch, but we can’t rule out some higher, isolated totals especially north of I-10. A cold front finally pushes through Houston late Wednesday night, dropping lows into the 40s overnight.

This will be a mostly sunny, cool day with highs likely in the upper 50s. A northerly breeze gusting up to 20 mph will make it feel a bit cooler. Thursday night will be the coldest night of the week, with lows in the mid- to upper-30s possible for inland areas, with temperatures around 40 in the city.

A nice, sunny day with high temperatures near 60 degrees and moderate winds. 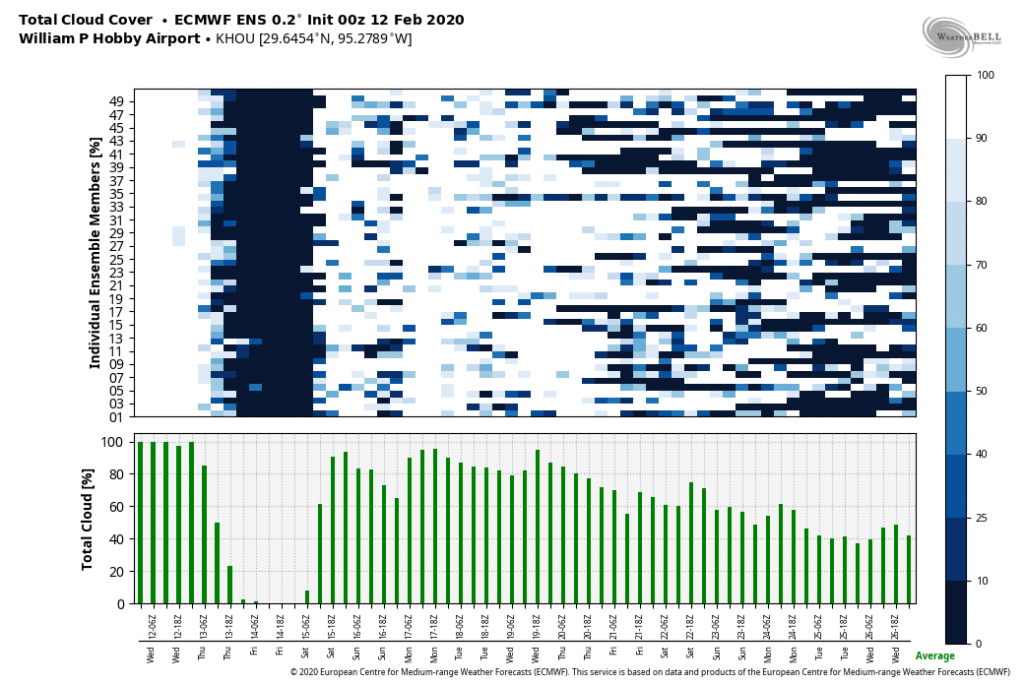 Better grab that sunshine on Thursday and Friday, because then it will be gone. (Weather Bell)

As high pressure moves off to the east, it will take our sunshine and drier air with it. We should wake up to partly cloudy skies on Saturday, soon transitioning to mostly cloudy weather. Forecast models have really backed off rain chances for the weekend, so right now I’d peg them at about 20 percent both days, with anything that falls mostly of the light and misty variety. Highs Saturday will likely be in the mid-60s, with overnight lows in the 50s.

The warming trend continues, with highs in the 70s. It’s possible we’ll see some breaks in the clouds on Sunday afternoon to go along with our low-ish rain chances.

Much like this week, next week will see a mostly gray, humid, and warm pattern until the next strong front moves through. Right now that appears likely to happen later on Wednesday or Thursday, but given that we’re talking about conditions a little more than a week from now, your mileage may vary.